Two of the world’s top restaurants welcome student for placement 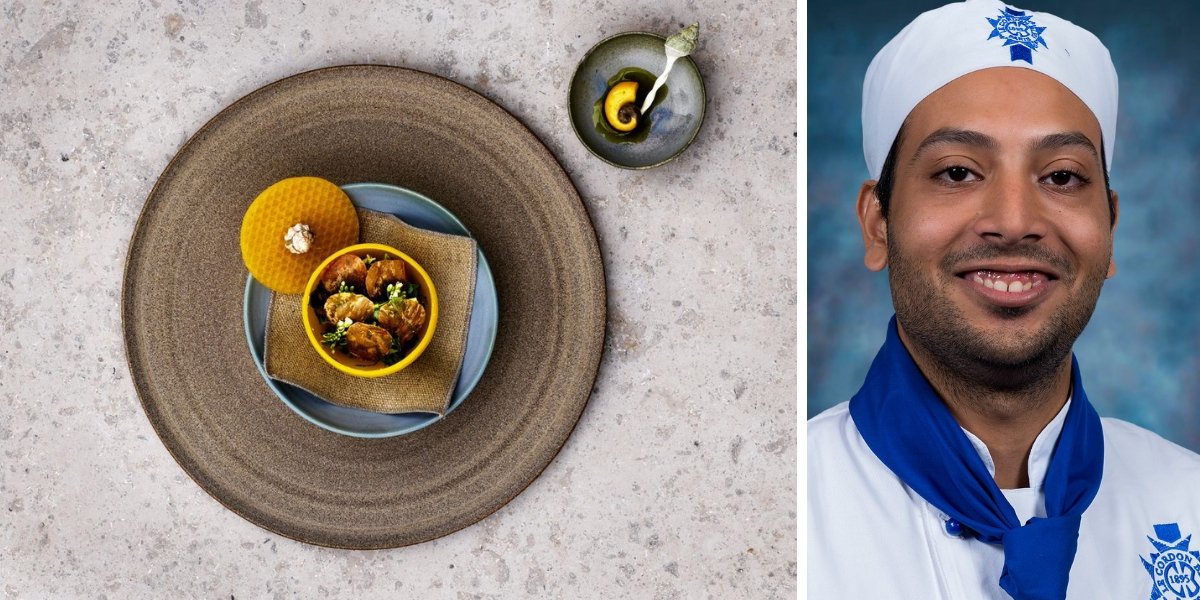 Having worked previously at Gaggan in Bangkok (ranked the best restaurant in Asia 4 years in a row) Jaffar’s quest for excellence influenced his decision to train as a chef at Le Cordon Bleu in 2017.

After an intensive on-campus training at Le Cordon Bleu Melbourne, he chose to do his Work Industry Learning (WIL) placement in Europe, gaining internships at two of the world’s best restaurants.

A DAY IN THE LIFE AT NOMA
Jaffar spent 3 months at NOMA in Copenhagen, Denmark, a 2 Michelin star restaurant ranked best in the world 3 years running and currently ranked 5th in the world. At NOMA Jaffar knew he would work with the best, and gain an excellent foundation for his career as a chef.

As an intern he prepared 150 serves per day of a single dish with 18 different components. “Every dish had to be perfect. At this level of culinary excellence there is no room for error or substandard presentation.”

Starting work at 7am and finishing around 1am, on Saturdays he finished at 3am with Sunday and Monday off. The NOMA kitchen is 95m long and kitchen staff literally run to get from one end to the other. “According to my ‘fitbit’ I was doing 38,000 steps per day (and lost 12 kg in weight while I was there!)”.

NOMA operates over 3 ‘seasons’: seafood, game and vegetables - Jaffar was there during seafood season. “Everything was live and absolutely fresh,” he says. “I worked with sea snails, sea urchins, oysters, razor clams and mahogany clams which were 200-250 years old.”

NOMA has 30 interns and 22 chefs which means a broad mix of personalities and temperaments. Attention to detail, precision, standardization are very high with food items being prepared to minute detail. “Interns are pushed to excel and team spirit and dedication are the recipe for success”. 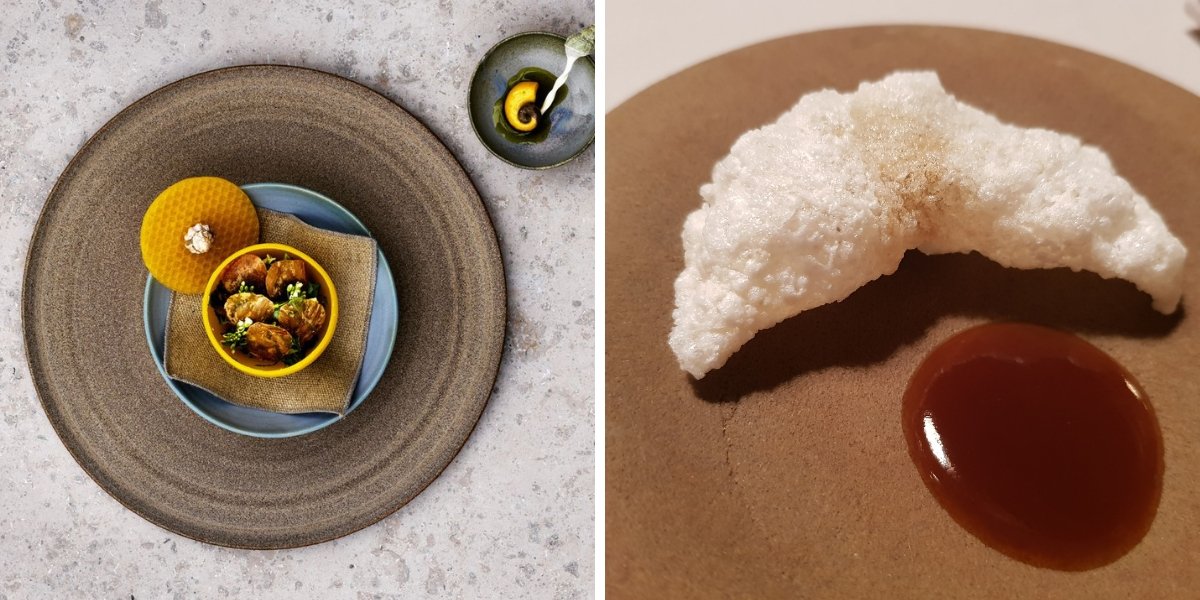 Image 1 (above) is a dish Jaffar worked on at NOMA: Snail salad: sea snails cooked in koji oil for 5 hours with 18 micro herbs and cooked rhubarb and herbs dressing, with garnish of dried pickled rose petals served in bee’s wax cup with snail roe cooked in seaweed butter.  Image 2 is a dish from Mugaritz: Crispy beef tendon empañadas stuffed with beef ragu served with beef glaze.

A DAY IN THE LIFE AT MURGARITZ
After NOMA, Jaffar travelled to Spain for his next Work Industry Learning (WIL) placement at Mugaritz, a 2 Michelin star restaurant currently ranked 9th best in the world. He worked there for 9 months until the end of December 2018.

Having developed his technical culinary skills at NOMA, Jaffar says his greatest challenge initially at Mugaritz was the language barrier. Within 6 weeks Jaffar’s Spanish was good enough to allow him to join the service kitchen team. “There are just 5 chefs and within 2 weeks I was made chef de partie,” he said.

Mugaritz worked in 2 teams (Production and Service). Service kitchen hours were 9am to 1am and the production kitchen from 7 am to 9pm. With 50 covers at lunch and dinner, the restaurant serves 3,000 dishes per day.

Jaffar found some dishes quite confronting, for examples baby eels (angulas) are served alive and foie gras is delivered still warm from the duck. “This taught me respect for life and death; there is poetry in the food”.

Jaffar picked herbs from the restaurant’s own garden where each leaf had to be perfect and exactly the same size. “I came away with enormous respect for ingredients, sourced from within half an hour of the restaurant”, he says.

While Jaffar had to find his own accommodation to work at NOMA in Copenhagen, Mugaritz provided a villa in the Basque mountains about 20 minutes from the restaurant where 25-30 interns lived together.

Returning from Spain, Jaffar re-enrolled at Le Cordon Bleu Melbourne where he won a ‘Golden Whisk’ award as the student exhibiting the highest ability, nominated by his chefs as the student they would most like to employ in their restaurants. On completion of Certificat de Chef de Partie – Cuisine (SIT40716 Certificate IV Commercial Cookery), Jaffar will go on to complete his Diplôme Avancé de Gestion Culinaire (Advanced Diploma of Hospitality Management).

When asked about his career goals on graduation from Le Cordon Bleu Melbourne, Jaffar says his aim is to work in a high-end restaurant.

I’d like to choose one of the best [restaurants] in Melbourne to gain more experience and then ultimately, open my own, small fine dining restaurant here.