Clara Puig and Tula: success, taste and “causing a stir” 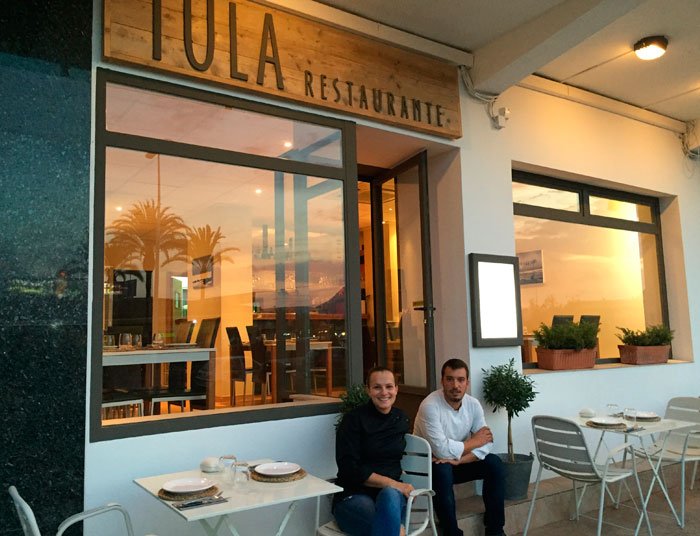 The greatest success for a teacher is seeing their former students grow and progress, in this case, in the world of gastronomy. Being part of the seed of that adventure is a great pride. An example of this is Tula, a restaurant located in the town of Javea in Alicante, which in its first 5 months has managed to stand out in the area. 50% of its success is due to the former student Clara Puig de la Bellacasa, Cuisine Diploma, who, together with her partner Borja Susilla, decided to take a chance on an idea that radically broke away from the restaurants found on Arenal beach.

Without a doubt, Clara has known how to use her passion, her intuition and the knowledge learned in the School to achieve success in Tula. As she explained to us, the discipline acquired during her training helped her to face both managing and working in the kitchen.

For the pair of cooks, the maxim is that all the dishes they prepare are delicious, "no matter how creative or complicated they are".The kitchen is almost completely supplied with local materials, except for some Japanese, Korean and Peruvian products. This has allowed them to fully identify their kitchen with their restaurant’s location.

Her arrival at Le Cordon Bleu Madrid meant a dramatic change in her life and it only took her two weeks to get into a kitchen after finishing her law studies. This decision was not spontaneous, as a year before finishing her degree, Clara knew that she wanted to study cooking. After considering several options, she decided to go to Le Cordon Bleu Madrid. "I thought that the most sensible option was the one that Le Cordon Bleu offered," explains Puig de la Bellacasa. A decision which she does not regret and which she would take again "without a doubt".