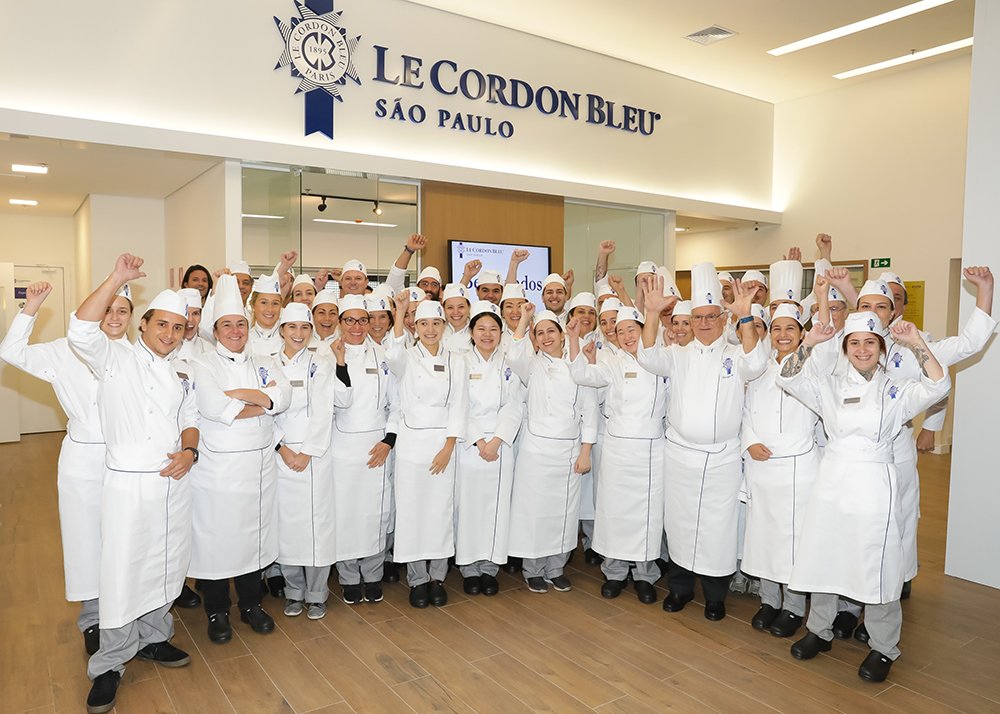 The Institute of Culinary Arts Le Cordon Bleu São Paulo began classes on Monday, May 21 with the courses Basic Cuisine and Basic Pâtisserie. A total of 32 students participate in the courses, which will last an average of three months each, when each student will obtain the basic level certificate.


Recognized worldwide for its excellence and quality of teaching offered in its 123 years of existence, the institute brings to Brazil the knowledge and tradition so desired by several Brazilian students, who can now study the Le Cordon Bleu courses in Brazil. 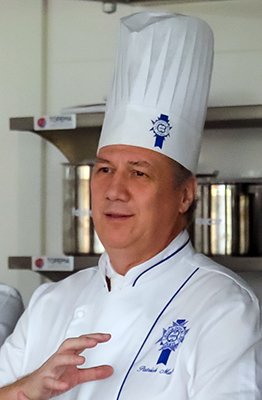 For the great majority of students, wearing the Le Cordon Bleu uniform and entering the classrooms was a dream come true. And the motivation was evident, as revealed the technical director chef Patrick Martin, responsible for the academic content and programming of classes in São Paulo and Rio de Janeiro, which is scheduled to open in August of 2018.

"Everyone was very punctual and disciplined. During Orientation Day, they asked a lot of questions and were very interested. On the first day of class we gave a presentation to them about the history of cooking and patisserie and talked about the rules of the institute. I think the first generation of students of São Paulo will be very high quality professionals, so we will take care of them. I hope all students will succeed in their professional and personal lives after Le Cordon Bleu. This generation will be an ambassador for what I want for the institute in Brazil", said Martin, who has 25 years of experience with Le Cordon Bleu and has already opened schools in Mexico and Japan. 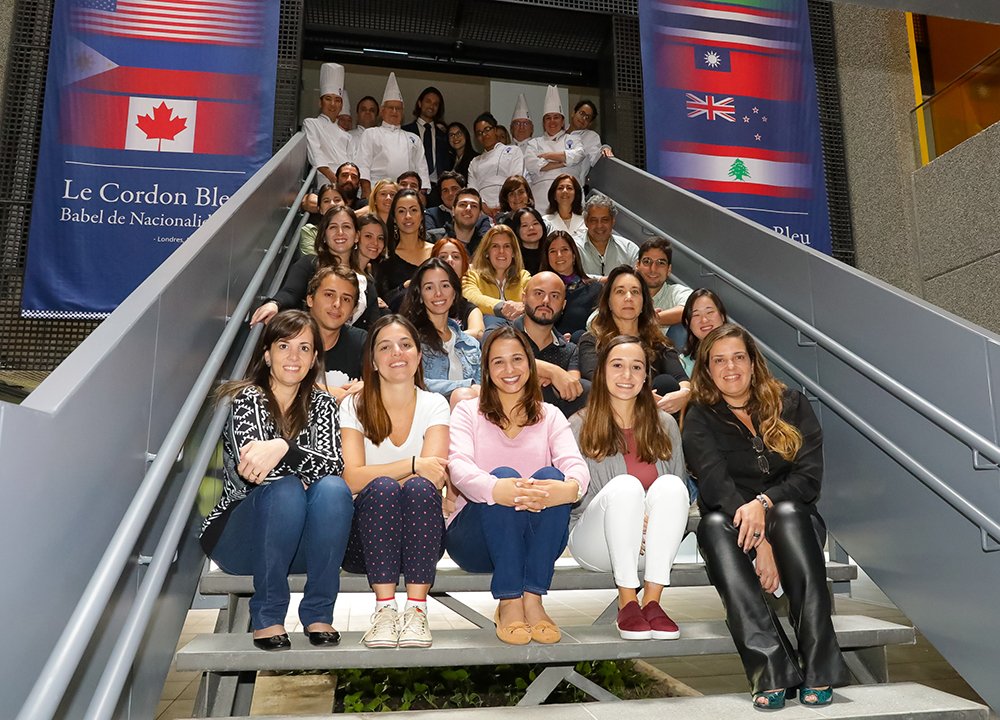 Students in the Orientation Day 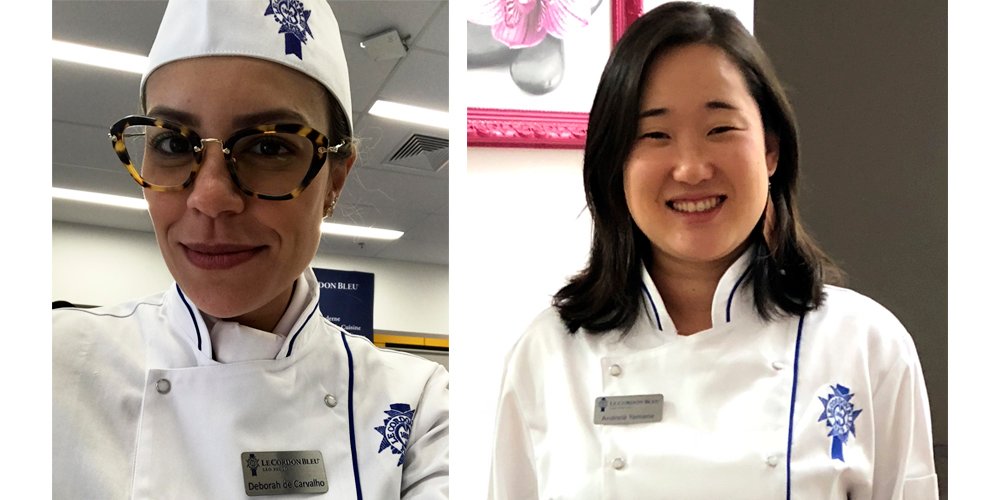 
The vice-champion of MasterChef Brasil 2017 Deborah Werneck had the option to study in Ottawa, Canada, but she decided to study in São Paulo. She joins the group of the debutants students in the kitchens of Le Cordon Bleu in Brazil and celebrates what has always been a dream for her.

"Studying at Le Cordon Bleu means accomplishing a great goal that allowed me to change my professional life and opened doors in gastronomy. I had the option of going to Canada, but the opportunity to study in Brazil, to graduate in the first class and the reputation of the chefs and teachers chosen by the institution, motivated me even more to study here.The chef's were a decisive factor in my choice to study at Le Cordon Bleu Brasil. In the future I intend to continue to undertake the gastronomy, demystifying the cuisine for amateurs, through my Youtube channel (GoDeb!), besides developing other gastronomic projects (events, show classes, dinners, etc)", says Deborah.

Graduated in Administration and Law, Andrea Yamane was always in love with cooking and decided to change her life when she enrolled to attend the Grand Diplôme.

"When I knew about the inauguration of the school in São Paulo, I had no doubt that I needed to study at this renowned institution, and I believe that studying at Le Cordon Bleu will give me solid knowledge of culinary techniques. When I met the school and the chefs, I was amazed at the structure and the proposal of the school. At that moment I had the feeling that I made the right choice and that the investment would really be worth it. I am very happy to be part of the first group of Le Cordon Bleu São Paulo and intend to learn the most of the teachings of the chefs", she says. 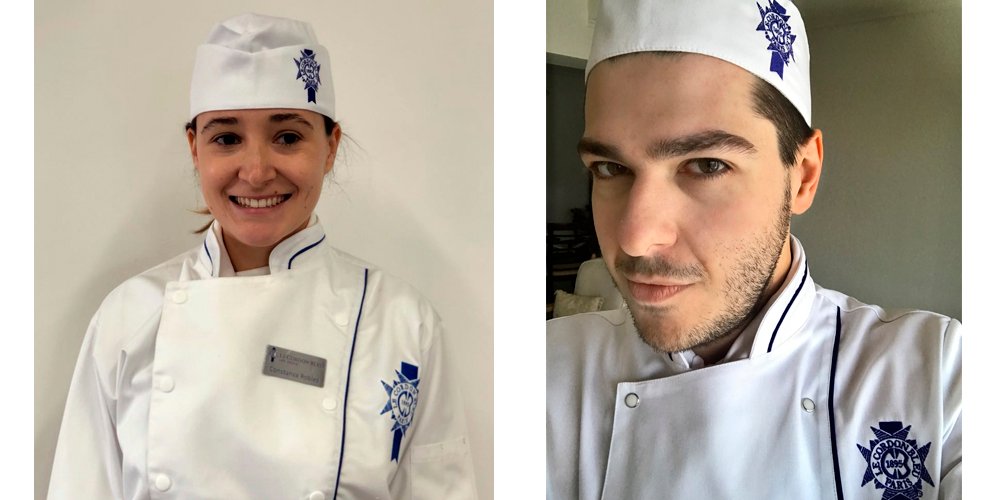 Mexican student Constanza Formoso, who will attend the Grand Diplôme, likes to cook since she was a child and chose Le Cordon Bleu because she wanted a full confectionery and cooking program that did not require professional experience in the area, besides being recognized in other countries. Despite dreaming about having his own pâtisserie, she is also open to cooking.

"Before I got to know the school and the chefs, all this was untouchable for me! I had heard of the school and saw photos of chefs wearing white uniforms, but I never imagined I was talking to them and asking for advice. The first sensation for me was a mixture of nerves and emotion. Now it's for real!", she says.

The student Guilherme Caldeira will attend the Diplôme de Pâtisserie. Graduated in Pharmacy, he already worked in the confectionery area, but he lacked a formal education. Therefore, he always wanted to study at Le Cordon Bleu and was looking for schools in other countries. As soon as he knew that the institute would open in Brazil, he contacted the admissions team and decided to enroll.

"I was in the opening ceremony and it was a shining eye because I had already visited the school during the works and it seemed very distant to see the result of all this. I want to have a solid background and I hope it is also very varied because confectionery is very wide. I still need to discover my passion inside the confectionery area and I hope to achieve this in Le Cordon Bleu. The day I'm ready, I intend to start my own business", plans Guilherme.

The institute is located in Rua Natingui, 862, Vila Madalena, and receive applications on the website www.cordonbleu.edu/sao-paulo. The content is the same standard of Le Cordon Bleu international, located in 20 countries with 35 institutes and more than 20,000 students.