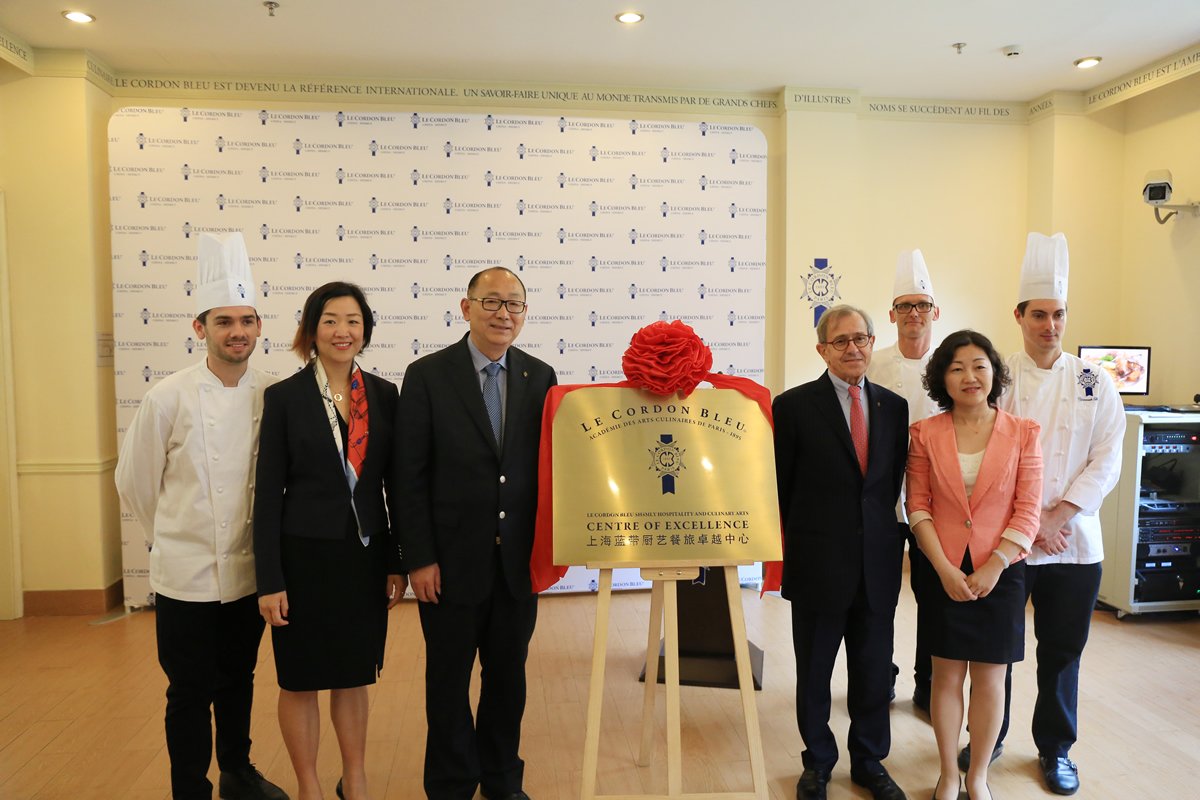 May 13, 2017 Shanghai – Le Cordon Bleu Shanghai had the great honor to welcome the presence of Mr. André J. Cointreau at the Unveiling Ceremony of Le Cordon Bleu SHSMLY Hospitality and Culinary Arts Centre of Excellence with three new programmes  released open for registration. The 2017 Scholarship Competition and the first Le Cordon Bleu Alumni Competition of the Greater China Region were also officially announced.

Founded in Paris in 1895, Le Cordon Bleu is considered today the largest network of culinary and hospitality training institute in the world with more than 35 schools in 20 countries and 20,000 students of over 100 nationalities are trained every year. Le Cordon Bleu Shanghai Culinary Arts Academy was founded in April 2015. For the past two years, through educational programs that have been built on more than 120 years of tradition and excellence, 6 intakes of 584 students have graduated successfully from Le Cordon Bleu Shanghai and have contributed to the giant market of culinary arts both domestic and foreign. Just as Mr. André J. Cointreau stated: “We’re now trying to have the best students and the best successful careers and in fact our reputation of Le Cordon Bleu is nothing more than the reputation of our successful students and this has been done throughout the world.”

We have quite a few non-profitable programmes around the planet with important scholarship programme which gives the motivated students the possibility to shine.

The launch of the first Le Cordon Bleu Alumni Competition was also announced to encourage all Le Cordon Bleu Alumni from the Greater China Region to participate to showcase their techniques and talents. A free pair of one cuisine and one pastry alumni was suggested to compete as one team to present a complete set of three-course menu and the Champion will be issued the Top Prize of Study Tour to Le Cordon Bleu Paris or London. 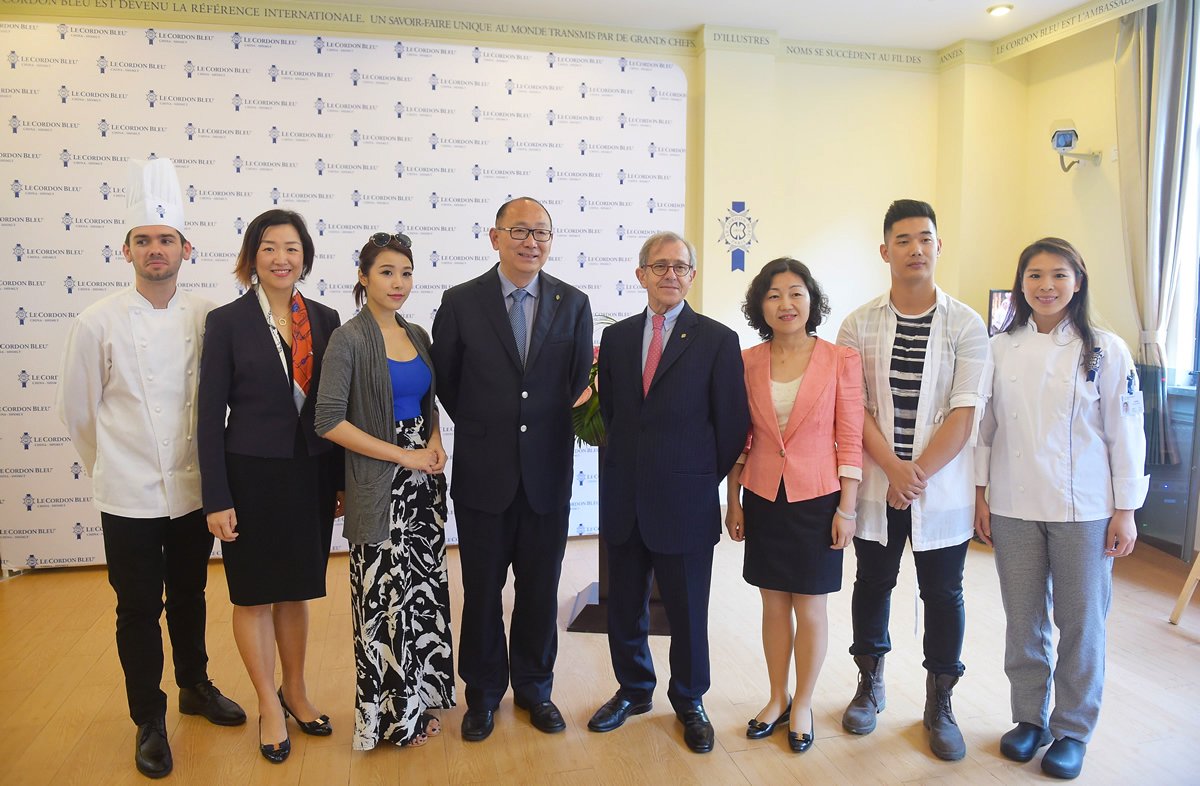 Just as Principal Xia Hua Li mentioned, in view of the historic opportunity of Shanghai’s bidding for the hosting of the 46th World Skills Competitions and China’s initiative of “the Belt and Road”, Le Cordon Bleu Shanghai would play a more crucial role in providing vocational training of high-quality to the vast majority of students. 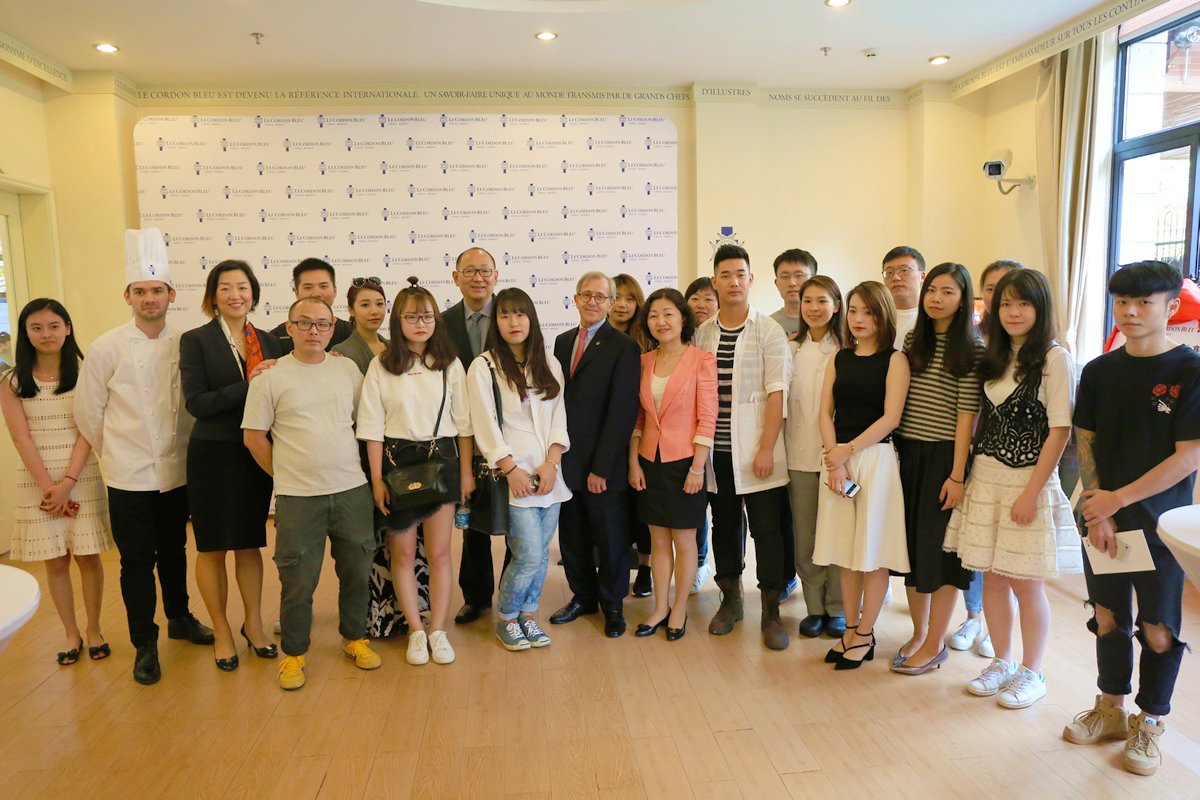 As the 5th season of The Greater China Le Cordon Bleu Scholarship Competition, participants from Mainland China, Taiwan, Hong Kong and Macau, ages from 17 to 45 with less than 2 years’ culinary experience can take part. The stages include Online Video Audition, Semifinal (to take place at Le Cordon Bleu Shanghai and Kaohsiung simultaneously) and Grand Final (at Le Cordon Bleu Shanghai). The final Top 4 will stand out to receive prizes respectively of full scholarships from Le Cordon Paris, London, Shanghai and Kaohsiung campuses, valued around 1 million RMB. Ms. Sara Shang, Director of Le Cordon Bleu Greater China RSU mentioned that the aim of the Scholarship Competition was to seek and develop more culinary talents through competitions. She also mentioned that prizes of Le Cordon Bleu books, aprons or other Le Cordon Bleu gifts would be granted to people who participated in the stage of online voting.

Following her being named the World's Best Female Chef by the World's 50 Best Restaurants, we spoke to alumna Pía León about winning the title, Peruvian cuisine ...