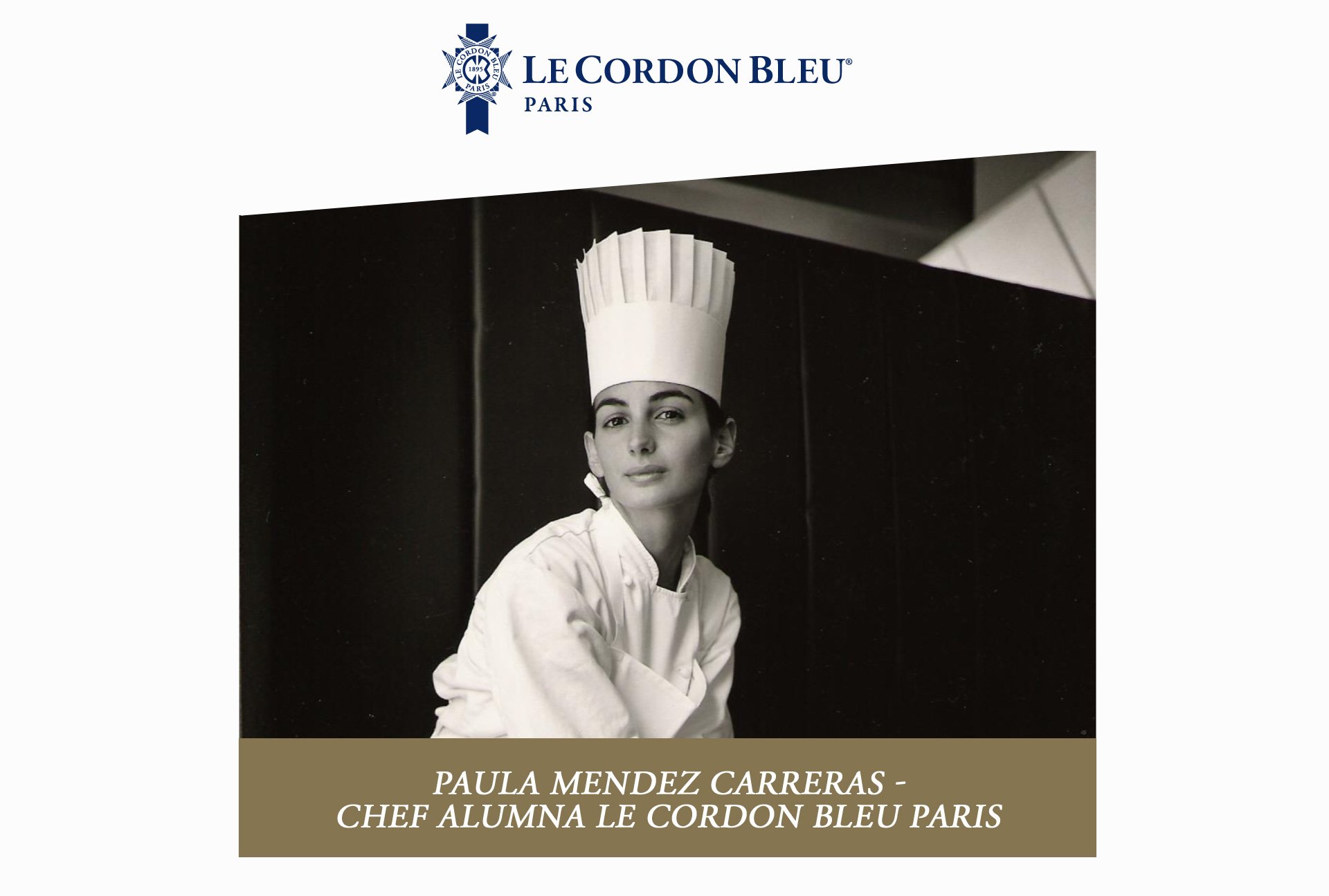 Paula Mendez Carreras became passionate about French gastronomy thanks to her training at Le Cordon Bleu Paris in cuisine and patisserie in the early 1990s.
Following her internship at the well-known Pastry shop Gérald Mulot in Paris, Paula decided to develop her professional experience internationally by moving to New York. After one year of internships in 2 reputable restaurants, chef Mendes Carreras continued her training at Le Cordon Bleu London.
Returning to her native Argentina, she opened Splendid, her own restaurant, which was a success from the moment it opened. Looking to pursue her professional path, she decided to become executive chef at Le Biblo gastronomic restaurant in Beunos Aires. Reviews on her are glowing and unanimous, saluting her work and the quality of her dishes. Her career is also dotted in gastronomic discoveries from various international voyages (Australia, Singapore, etc.) that tend to influence her cuisine.
In order to transmit her knowledge, she animates a cooking show on TV that has been broadcast for over 6 years throughout Latin America. Subsequently, chef Mendez Carreras decided to open a private space in Argentina, dedicated to cooking: a place where learning, sharing her knowledge and culinary pleasure merge.