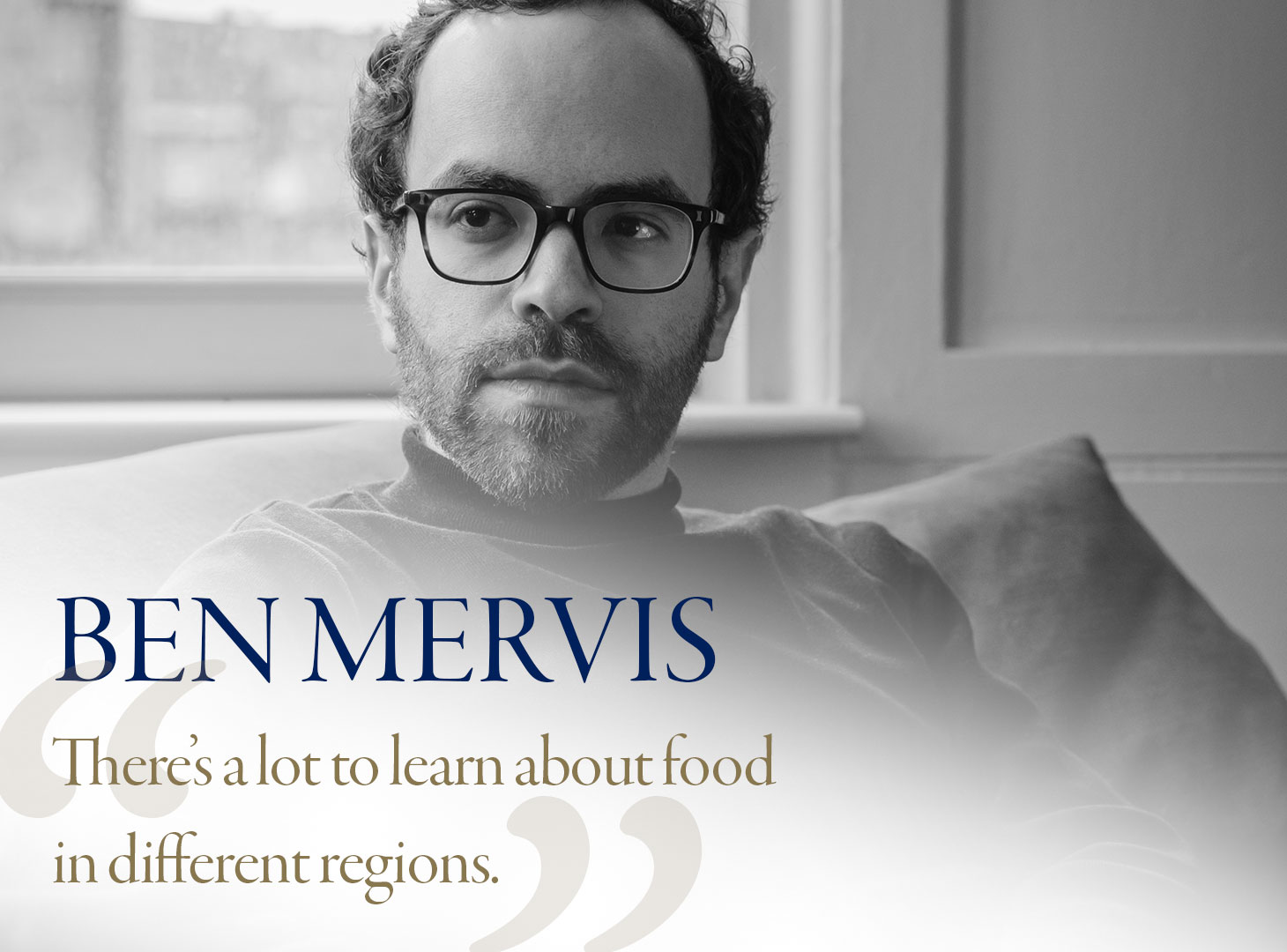 In this special festive edition of Beyond the Plate: Industry Talks by Le Cordon Bleu London we chat to Ben Mervis, author of The British Cookbook and editor of Fare magazine.

Ben was born and raised outside of Philadelphia and moved to the UK to attend university where he studied British histories. He moved to Copenhagen in 2014 to pursue a career in food and food culture while working at the world-renowned restaurant noma for two years. There he worked closely behind the scenes with chef and owner René Redzepi on several projects, events, and research. It was at noma that he started to understand how food can be the vessel for understanding other people and cultures.

In 2016 Ben began his magazine, Fare, which uses food to explore city culture, history, and community. Ben has also worked as the lead researcher on the Netflix documentary series, “Chef’s Table”, and consulted on strategy and events with Michelin-starred chefs and award-winning festivals across Europe.

In our interview we talk to Ben about his first book, The British Cookbook, what is so interesting about British cuisine and find out what he can’t wait to tuck in to this Christmas.

This episode is the seventh in the season, with other episodes including guests Michel Roux Jr., Asma Khan, Alain Roux, John Williams MBE, Nancy Silverton and Laura Dove. All episodes are available to stream through Apple Podcasts, Google Podcasts, Anchor and Spotify. You can view all episodes available here.