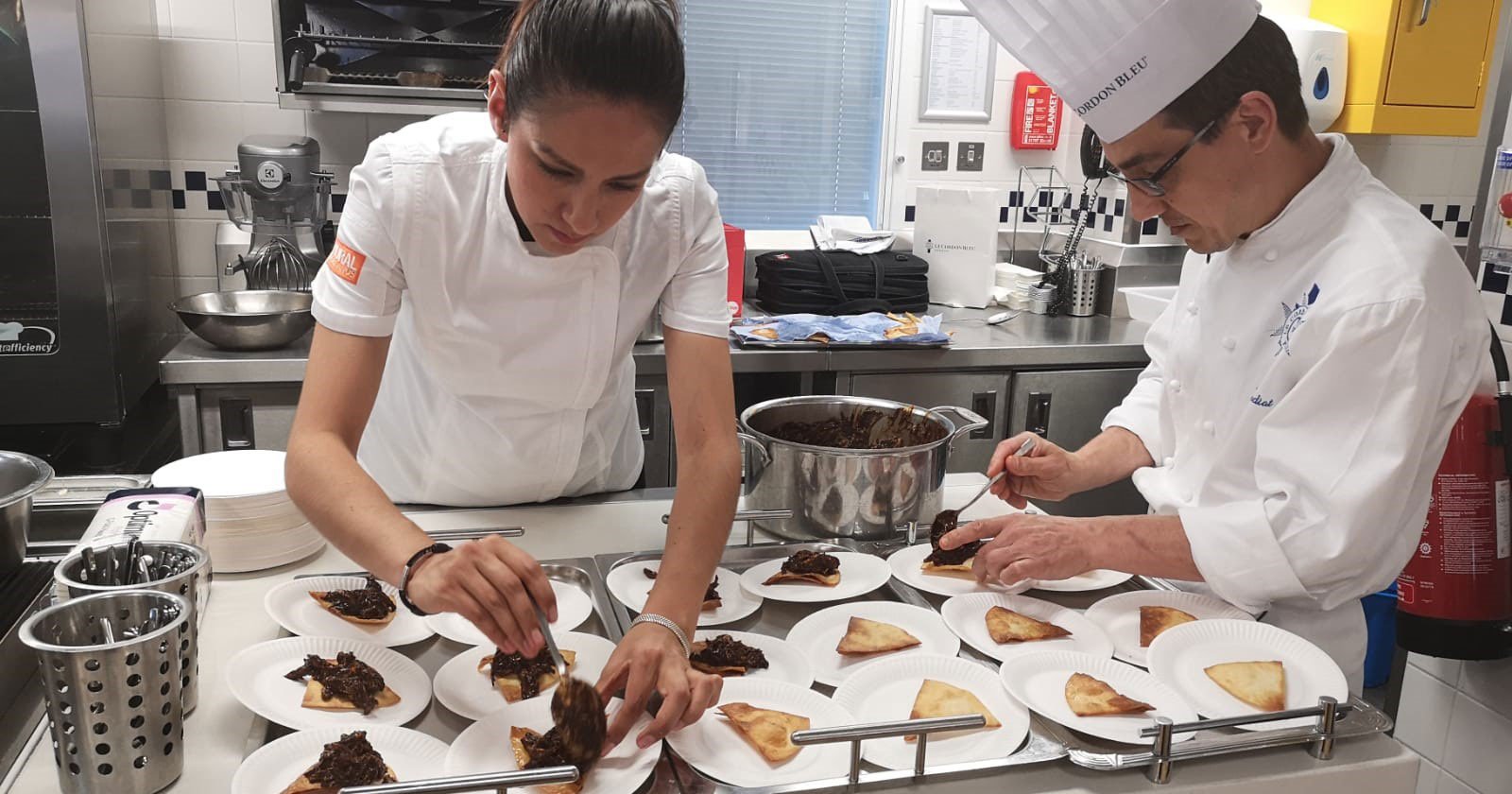 
Le Cordon Bleu London were joined by the Executive Chef of El Mural de los Poblanos, Liz Galicia, who gave  a culinary demonstration of mole poblano, one of the most representative and ancient dishes of Mexico.

Chef Liz was born and raised in Puebla, Mexico, a state known for its culinary history. She opened El Mural de los Poblanos in 2010, considered the best restaurant in Mexico by the guide México Gastronómico which ranks the top 120, and it is a member of Treasures of Puebla and Slow Food. From the investigation of the Mexican culinary culture, Chef Liz Galicia interprets the recipes of authentic poblano cuisine and presents them with fidelity and loyalty towards the product, but also with avant-garde.

“People want to preserve culture and the restaurant receives people from all over Mexico who come specifically there to eat traditional cuisine. No changes have been made to the menu since opening. We don’t want to lose history.”

Guests were given a talk about the history of the authentic Mexican mole poblano sauce by Chef Liz. The word mole comes from the old Aztec (Nahuatl) word mulli (to grind), or sauce.

For the demonstration, Chef Liz made a chicken mole poblano, and for this, a poblano paste was made using a list of twenty ingredients: mulato, pasilla and ancho chillies, tomato, clove garlic, white onion, almonds, peanuts, plantain, dry raisins, cinnamon, cloves, sesame seeds. animal crackers, semi-sweet chocolate, brown sugar, maize tortilla, pork lard, cumin, anise seed and coriander seeds. These ingredients were toasted and roasted at different stages, then cooked and grinded together in a pot.

After creating the paste, the Mexican chef moved on to making the chicken mole poblano by putting the mole paste in a casserole with chicken broth and powdered chicken concentrate in a pot, adding sugar and a small amount of water to this and whisked until there were no lumps. Chef Liz then added shredded, cooked chicken breast to the pot and once done, she served on corn tostadas and sprinkle over toasted sesame seeds. Guests enjoyed the exceptional Mexican dish and many asked for a second serving.

To read more about the event visit Liz Galicia’s demonstration page, and to see more upcoming events like this please visit our culinary conferences and demonstrations page.