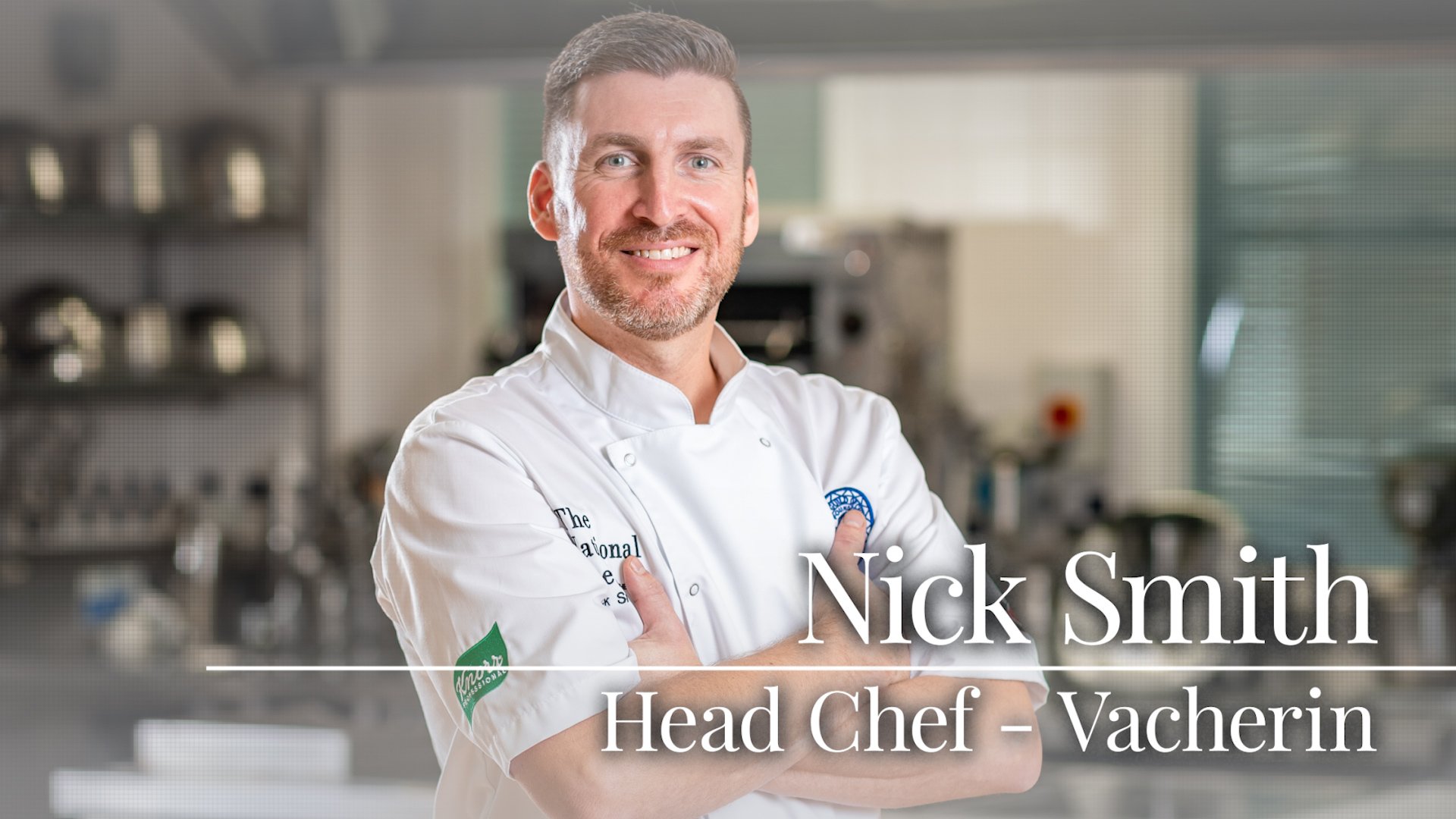 Le Cordon Bleu London are proud to have hosted the final of the National Chef of the Year 2021. The event was streamed as part of Hospitality Week with the winner announced as Vacherin’s Nick Smith

In what has been described as the toughest National Chef of the Year event in the competition’s 48-year history, Nick Smith, Head Chef at Vacherin has been crowned as the winner in a tense virtual awards ceremony.

Watched by hundreds of the biggest names in hospitality, as part of Hospitality Week, the event saw the streaming of the final which took place at Le Cordon Bleu earlier in the month. Viewers saw emotion, passion, blood, sweat and tears from the ten finalists who have shown such resilience and determination in the face of hospitality’s toughest era.

Derek Johnstone, Head Chef at Borthwick Castle finished in second, achieving a top three position for the third year running, with April-Lily Partridge taking third place. April-Lily has made history by being the highest female finisher in almost 50 years.

Chair of judges, Paul Ainsworth said: “It is a real honour to be chair of judges and crown Nick Smith as the winner. When I took on this role, I could never have imagined chefs would be facing the extreme challenges this pandemic has brought. It’s hit our industry hard, but the fact these chefs put themselves forward to compete, despite such uncertainty in their professional and personal lives, is so inspiring.

"We need winners like Nick to show the world what an amazing industry hospitality is, to encourage others to want to be chefs and to incentivise people to work hard to achieve their own personal dreams. Nick’s attention to detail when cooking and the passion he has shown throughout this competition has been incredible. You could see how much this title means to him and he is a really deserving winner.”

David Mulcahy added: “There was never any doubt that National Chef of the Year would go ahead this year; we just needed to work out how we could make it happen with so many restrictions. Hospitality has been on a real rollercoaster over the last few months, we have been catapulted through food shortages and businesses closing and we’ve seen families affected. We are delighted to welcome Nick to that long list of winners and have no doubt he’s going to thrive as the National Chef of the Year in 2021.”

Knorr® Professional is the headline partner of National Chef of the Year and Alex Hall, Executive Chef UK & Ireland, said: “This year’s competition criteria shone a spotlight on something we’re hugely passionate about as a business: the need for greater biodiversity in cooking. We are championing this with the Future 50 Foods – a Knorr initiative in partnership with the WWF.

"The finalists all had to incorporate at least one of the 50 most sustainable ingredients into their menus and we saw brilliant variety and creativity in doing so from all the competitors. By cooking with more sustainable ingredients, these chefs are leading the way in influencing how future generations of chefs cook, for a better food future.”

For 2020 a new award has been announced which is the Best Pastry Award sponsored by Valrhona. This was chosen by Paul Ainsworth, Graham Hornigold and Kuba Winkowski and awarded to Nick Smith for his Sweet Eve strawberry split, clotted cream, lemon and mint.

Le Cordon Bleu, the leading global network of culinary arts and hospitality management institutes, will launch their dining concept in the City of London this ...

Le Cordon Bleu London extends its huge congratulations to William Porter, winner of the MSc Culinary Innovation Management Prize. The award was announced at the ...

Le Cordon Bleu London is delighted to share the news that the UK pastry team have placed first at the European Pastry Cup 2022.