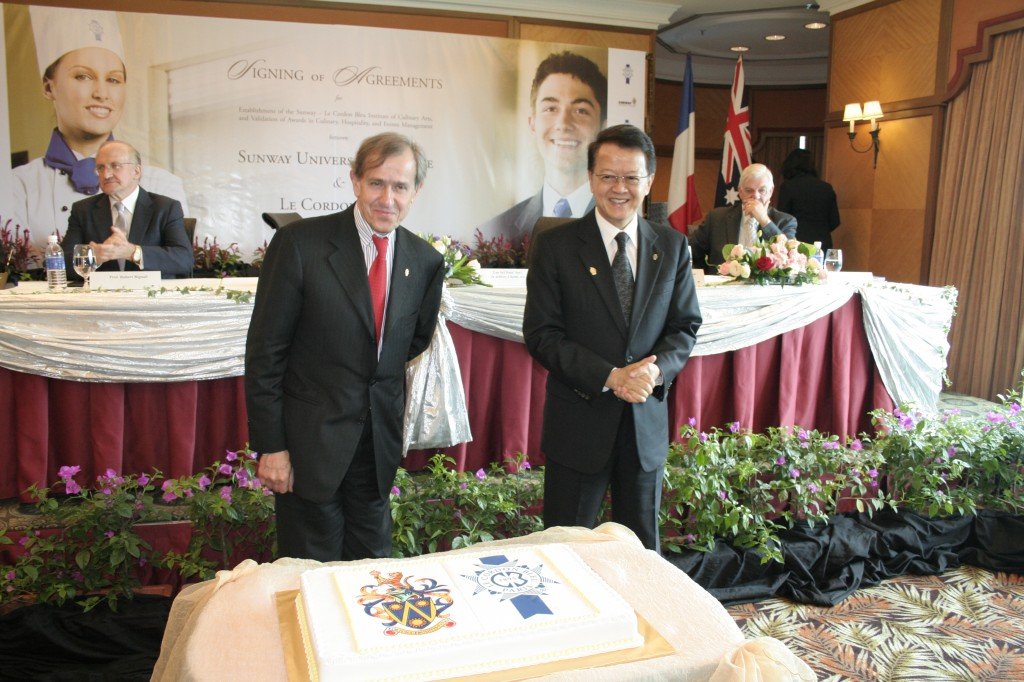 Sunway University (Sunway University College then) and Le Cordon Bleu, the internationally renowned institution synonymous with culinary excellence, signed an agreement on 22 March 2010 to mark the Joint Venture and accreditation arrangements between the two institutions.

Under this collaboration, the diploma programmes in the School of Hospitality, Tourism and Event Managements by Sunway University College were validated by Le Cordon Bleu, and dual certificates will be issued to the diplomats. The existing Diplomas in Culinary Arts, Hotel Management and Events Management will be the first to be validated.

It also marks the launch of Le Cordon Bleu Malaysia, the Institute governed by a joint Board of Directors, which will be a premier culinary establishment that will offer the prestigious Diploma programmes for Cuisine and Patisserie.

The first class for Le Cordon Bleu Malaysia was on 16th January 2012 and 9 students signed up for the Diplôme de Commis Cuisinier programme. Subsequently in April of the same year the Institute enrolled a full class of 16 students for its maiden Diplôme de Commis Pâtissier programme. Currently the student numbers have grown significantly to more than 100 this year - a great gift for our 120 Anniversary celebrations; and we envisage that with added facilities the institute could see growth of up to 400 students or more in the coming years.

Dine in the dark restaurants which first started in Switzerland had now spread to many countries as a dining experience which evokes our senses. Our Chefs ...