Le Cordon Bleu to open an institute in Tashkent, Uzbekistan 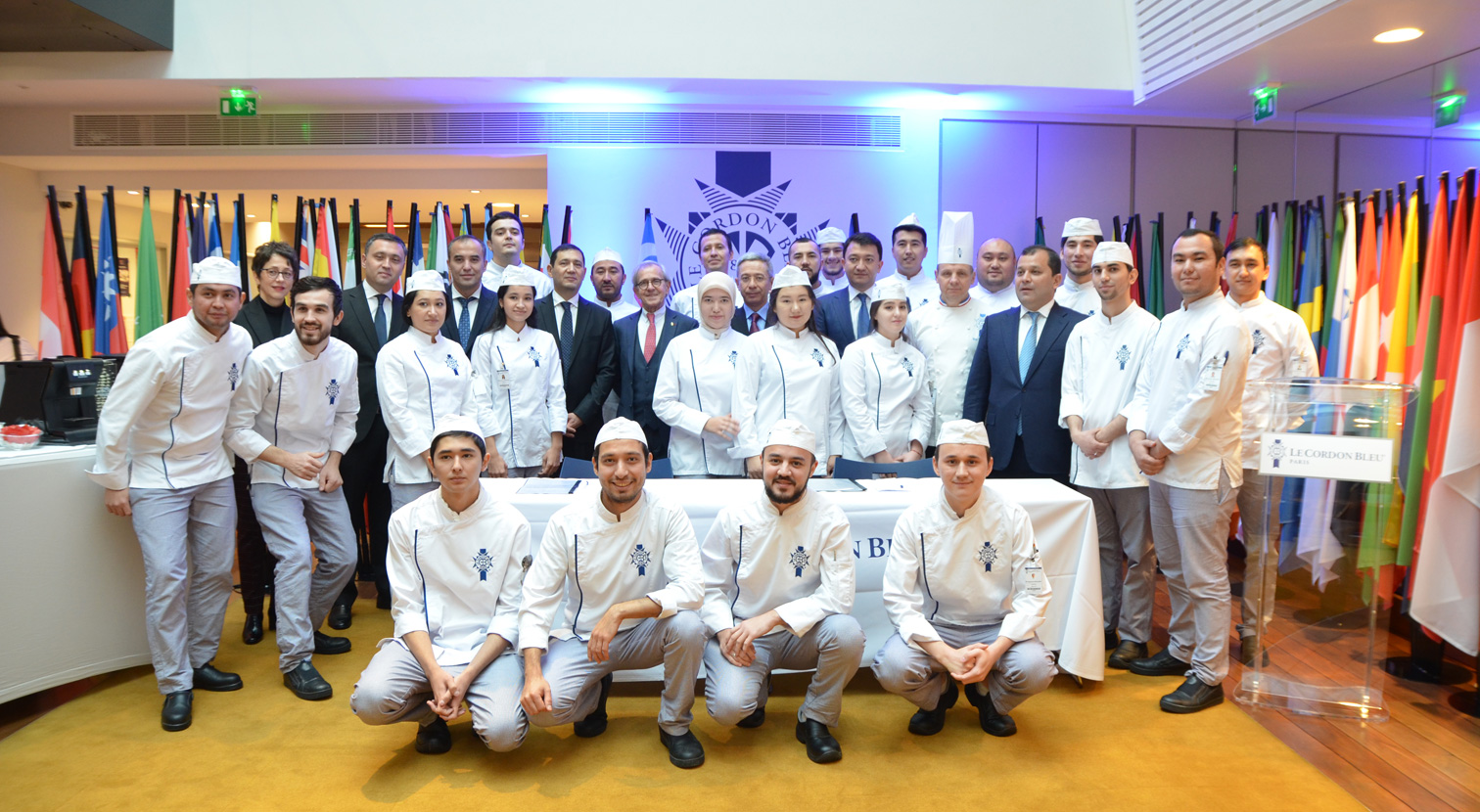 
21st November, 2022 – Le Cordon Bleu, the leading global network of culinary arts and hospitality management institutes, has signed an agreement with the city of Tashkent, in Uzbekistan, to open an institute by autumn of 2023. The memorandum of understanding was signed by M. Sharof D. Rakhmanov, Deputy Mayor of the Tashkent City Municipality of the Republic of Uzbekistan and André Cointreau, President and CEO of Le Cordon Bleu.

The ceremony was also attended by 26 bursaries from the city of Tashkent currently studying Cuisine, Patisserie or Boulangerie at Le Cordon Bleu towards getting their Diploma at the end of the term.

Le Cordon Bleu in Tashkent is to become an iconic flagship institution for gastronomy, located in state of the arts facilities, with prime equipment and technology, and teaching programmes of the highest standards from technical courses in the culinary arts, such as Cuisine and Pâtisserie Diplomas, and of course the acclaimed Grand Diplôme, to higher education degrees in hospitality management. Students will benefit from a faculty of Le Cordon Bleu Master Chefs, industry experts and professors that have trained in the finest establishments worldwide and share years of experience. Students may also choose to participate in international exchanges benefiting from the many study destinations that Le Cordon Bleu can offer.

Le Cordon Bleu is committed to innovation and honours its commitments through an expanding international network of teaching, learning and research. Taking into account innovation and new technologies, Le Cordon Bleu continually adapts its academic programmes to the future needs of the industry. Responding to the keen interest in nutrition, well-being, vegetarian cuisine, food sciences, social and environmental responsibility, and the online demand.

Le Cordon bleu is recognized worldwide for its excellence in education providing students with an international passport for a career in the food and hospitality industry, which can be seen by the numerous success stories of its Alumni from Julia Child to Giada de Laurentiis, from Dame Mary Berry to Gaston Acurio, and from Yotam Ottolenghi to Vicky Lau. Le Cordon Bleu students from Tashkent will be part of the exclusive network of alumni, counting over 20,000 graduates every year worldwide.