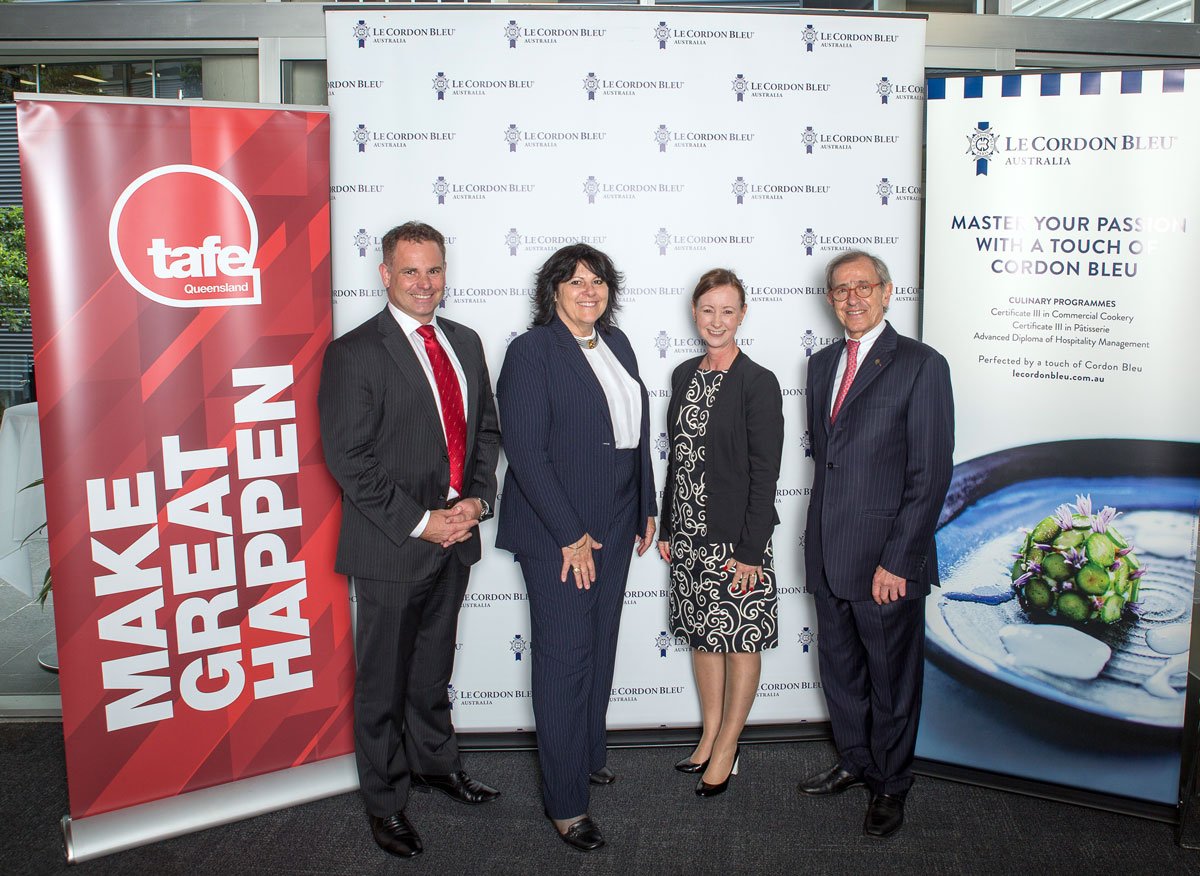 Le Cordon Bleu is thrilled to be offering world-class culinary and pâtisserie training in Brisbane from July 2018.

"The new Le Cordon Bleu Institute in Brisbane will provide a stream of highly motivated and qualified professional chefs for the expanding industry in Queensland. With training due to commence in July 2018, the delivery of the new programmes is well-timed to take advantage of Brisbane’s burgeoning business events and tourism sector energised by the 2018 Gold Coast Commonwealth Games."

Tourism in Brisbane is expected to grow significantly following the Commonwealth Games, with business conferences bringing international visitors to local hotels, restaurants and cafes. Over the next decade the number of international and domestic visitors to Brisbane will expand to 9.3 million each year, with a total economic impact of $7.9 billion1.

With $6 billion worth of tourism projects underway, a $3 billion development at Queens Wharf will require 8000 employees within the next five years2. Brisbane City Council predicts an overall 32,500 increase in employees in the CBD to 182,252 by 20313. The influx of local and international visitors indicates that there will be a high demand for qualified chefs in Queensland’s hotels, restaurants and cafés.

Minister for Training and Skills, Yvette D’Ath said: “The development of our hospitality and tourism industry is critical for future economic growth and Le Cordon Bleu has a real opportunity to create a strong training response to deliver workforce solutions across an expanding industry sector.”

Le Cordon Bleu with TAFE Queensland will provide new opportunities and increased services as both organisations leverage their collective size and expertise to service the needs of the hospitality and tourism industry in Queensland, Australia and internationally.