Success: Victoria Zeni tells of her career after obtaining the Grand Diplôme 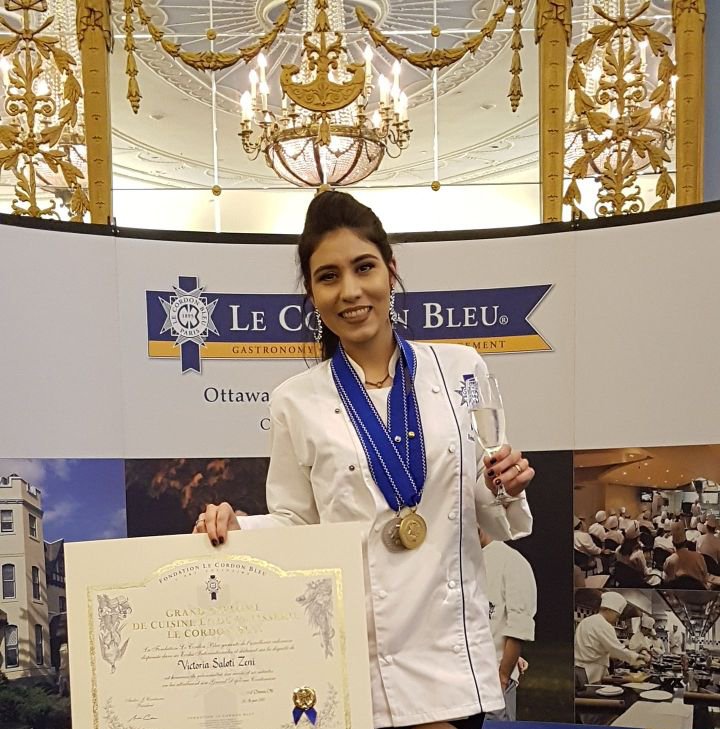 "I remember as it was yesterday when I sat down to watch my first Pâtisserie class and I thought, 'What am I doing here?' Until then, I had never baked a cake that had worked well, I was bad with confectionery." The memory of what could have been the same sensation of a "deflated cake in the kitchen" turned into a trajectory that we can consider le crème de la creme, experienced by Victoria Zeni, who obtained the Grand Diplôme in 2017, after studying for nine months at the Le Cordon Bleu Ottawa. At age 21, she is a pâtissier at the Sal Gastronomia restaurant, led by Chef Henrique Fogaça, a MasterChef Brazil jury. 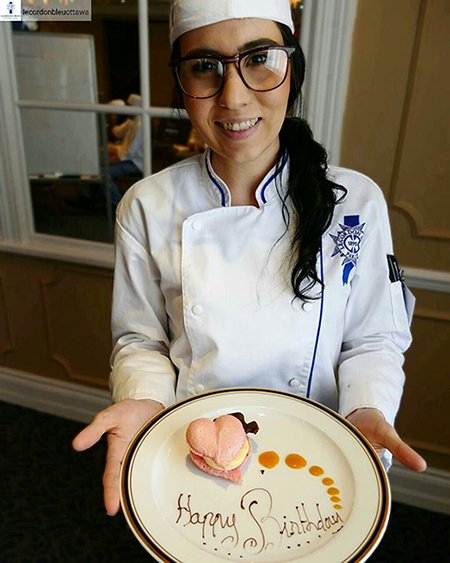 But it was in Ottawa that her history began. Talking about the experience in the Institute, Victoria remembers that it was composed by intense months of study, attempts, mistakes and hits, praise and corrections.

"It is very difficult to put into words the mixture of feelings that Le Cordon Bleu gives us. I have obtained the Grand Diploma in just nine months, among those, many sleepless nights in order to get the most out of everything that was being taught. There were days when we studied four blocks, spending more than 15 hours at school. The mix of extreme tiredness, combined with the privilege of receiving so much knowledge from experienced Chefs, renowned and passionate about what they do, is a unique sensation. After numerous constructive criticisms and some compliments along the way, I took the stage to receive my medals and diplomas with great pride and missing so much", she remembers.


Le Cordon Bleu prepared me for the industry in the real world, made me grow, overcome difficulties, learn from my mistakes, respect the hierarchy, showed me how important teamwork is and especially that we women can become great chefs. 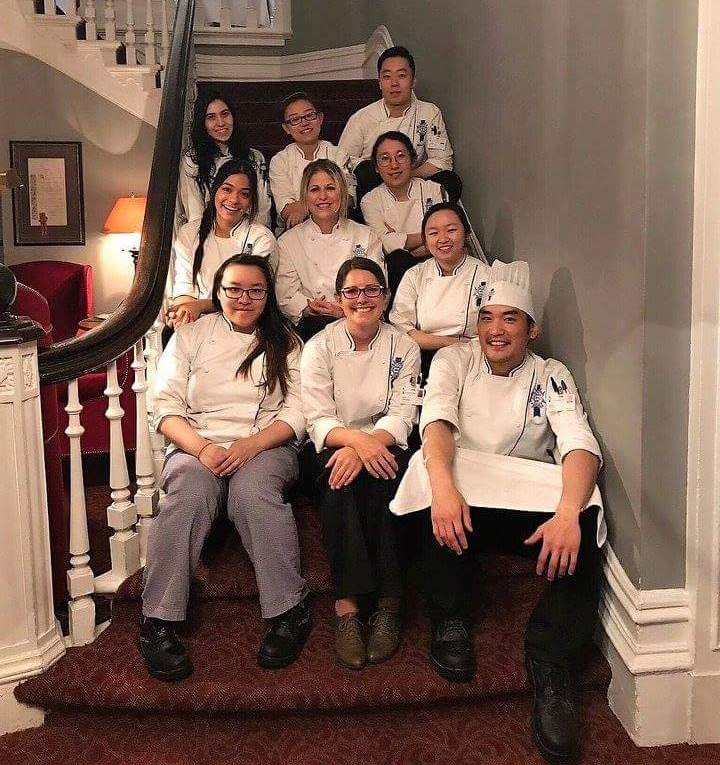 It was worth the effort. Victoria says that in the institution she learned much more than techniques of French cooking.

"Le Cordon Bleu prepared me for the industry in the real world, made me grow, overcome difficulties, learn from my mistakes, respect the hierarchy, showed me how important teamwork is and especially that we women can become great chefs.”

After learning so many advanced techniques, the taste of good memories of a family recipe still dominates the taste of the pâtissier.

"There are so many recipes that enchant me, some because of its simplicity that turns into an explosion of flavors and others because of the complexity of the techniques and challenges to be overcome. But the best chocolate cake I've ever eaten is a recipe from my mother who carries spice and red pepper. We spent hours arguing over which filling would be ideal, as we devoured the cake with tea and lots of laughter.” 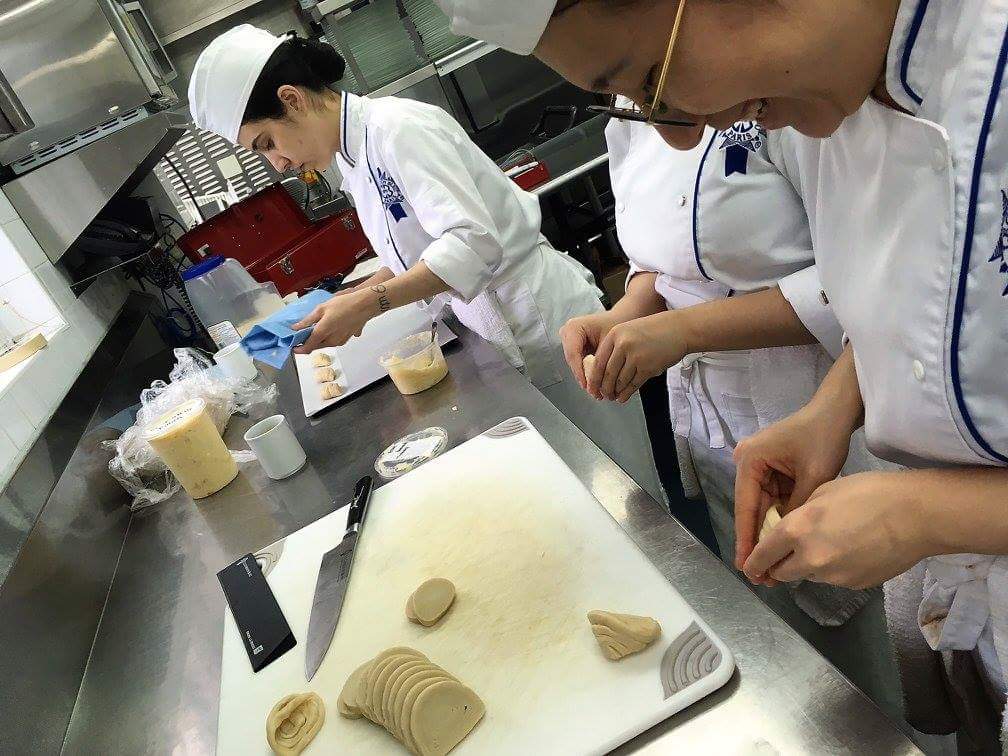 With the complete training in Pâtisserie e Cuisine, she still doesn´t know in which area prefers to work, but has already many plans.

"I love Cuisine and I really miss working in this area, but I'm in love with Pâtisserrie. My main goal is to have a restaurant in another country so that I can show some of the Brazilian gastronomic diversity around the world. At the moment, I still feel the need to have professional experiences both nationally, to learn more about our wealth, and internationally, to understand the market and the needs of another culture."

The mix of extreme tiredness, combined with the privilege of receiving so much knowledge from experienced Chefs, renowned and passionate about what they do, is a unique sensation. After numerous constructive criticisms and some compliments along the way, I took the stage to receive my medals and diplomas with great pride and missing so much.

And in a short time of career, Victoria already understands that to be an excellent professional it is not enough just to know how to cook. For her, there are two key points: teamwork and hygiene. "Behind a renowned Chef, there are countless people working, from cooks to waiters and cleaners, who need to be in complete synchrony for the service to work with excellence.”

"Just as we need the food to survive, it can also make us sick because of the number of bacteria and the facility with which they proliferate under certain conditions, so it is extremely important a professional who cares about good hygiene practice," she adds. 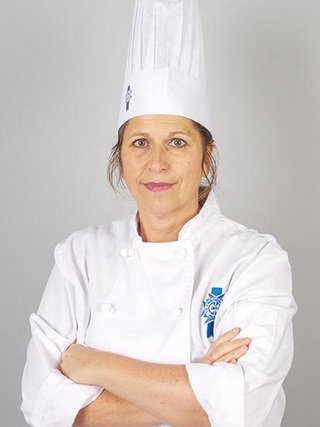 The family chocolate cake is just one of the inspirations to keep cooking. The mixture of two strong women, as Victoria considers, her grandmother Lilian Saloti and Chef Cristina Solinas (picture on the left), is also part of this recipe.

"Even with very few conditions, my grandmother always cooked with a lot of love and affection, making sure that the family was joined. Chef Cristiana Solinas, an instructor at Le Cordon Bleu Ottawa, taught me how to value my work and take pride in facing a world that is so sexist that it is the culinary industry with its head held high. They are two strong women, struggling, who have overcome great difficulties in life and who cook with love."

Victoria believes that the opening of Le Cordon Bleu in Brazil will bring great visibility to the gastronomy of the country, generating more recognition of the profession. She leaves a message for new students who are starting their studies at the Institute.

"Le Cordon Bleu offers its students a unique experience, giving the opportunity to learn from renowned Chefs to become a professional of excellence. Make the most of it to receive all the learning, pay attention to the small details, always give your best and do everything with love!".