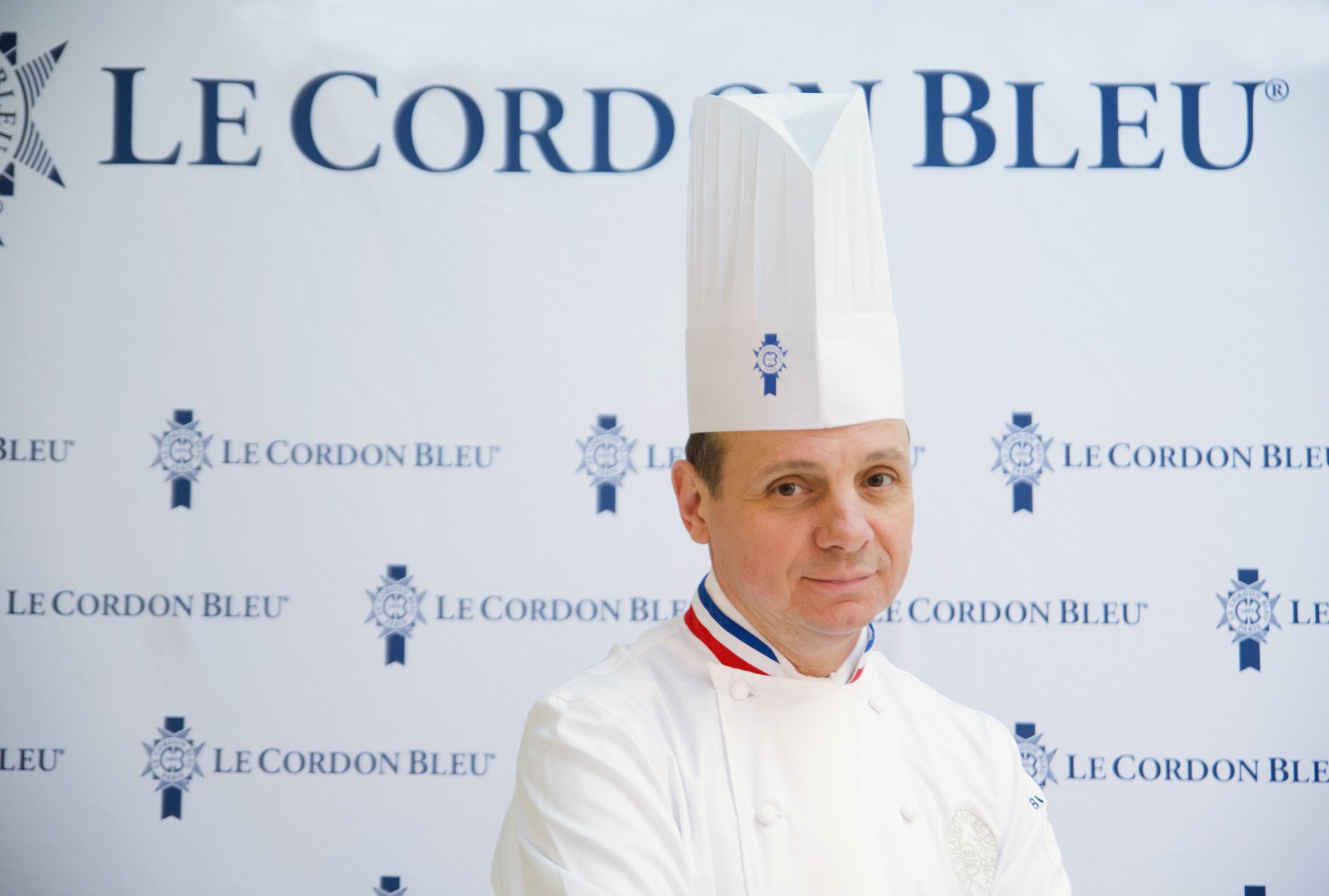 With 4000 square meters dedicated to the Culinary Arts and wine, hotel and restaurant management, the new Le Cordon Bleu school, which will open this June, will welcome more than 1000 students every year. Another important piece of news is the arrival of three prestigious Chefs. Eric Briffard will take on the role of Le Cordon Bleu Paris Executive Chef and Culinary Arts Director. Working alongside him is Fabrice Danniel, for pastry. “Our institute has been teaching the techniques and culinary know-how inherited from the great names of French cuisine for 120 years”, stated Le Cordon Bleu International President, André J. Cointreau. “Michelin-starred Chefs and Best Craftsmen in France (Meilleurs Ouvriers de France - MOF) joining our academic team is something about which we are extremely proud and demonstrates the values of passion, excellence and quality that have always been our institute’s guiding principles. These Chefs will play a key role in supporting the expansion of our flagship Paris school”.

What makes a multi Michelin-starred Chef decide to enter the teaching profession?

After so many years of putting my heart and soul into running the kitchens of two legendary luxury hotels, I decided I needed a new challenge before I started to become nostalgic. Meeting Le Cordon Bleu International President, Mr.André Cointreau, really was a turning point. With more than 35 institutes, I was won over by how open Le Cordon Bleu is to the rest of the world and the prestigious nature of the training programmes it offers. What motivates me is being able to pass my knowledge on to others, something that has always been at the very heart of my profession. I feel very honoured to take on this role which demands commitment and modesty. From the very beginning of my career, I have always been driven by a desire to share which is embodied by the compagnonnage (craftsman’s guild).

What will your role be?

I am Le Cordon Bleu Paris Executive Chef and Culinary Arts Director and responsible for a team of cuisine and pastry Chefs who are dedicated to teaching French culinary techniques to students from the world over. Our role is also to showcase the excellence of our gastronomy, the values of our profession and to pass on our expertise.

Le Cordon Bleu Paris is undergoing a period of change (new premises, new programmes…). What are your ambitions for this international school?

My aim is to enable students to have the best professional culinary training, with a pedagogical programme that is recognized throughout the world and taught by a team of 16 talented Chefs. Regular events, with key players from the food industry, Chefs, cooks, pastry Chefs, bakers and food industry artisans, as well as producers, winegrowers and enthusiasts etc, give Le Cordon Bleu Paris students valuable experience which will really make a difference to their future career.

The new Le Cordon Bleu Paris school, which will open on June 22 2016, will have ultramodern classrooms, equipped with the latest technology, giving students all the necessary tools to achieve excellence. With its gourmet courses, this new luxury institute is also open to private individuals. The challenge facing this new campus is to become the leading light in the international network of Le Cordon Bleu

Culinary Arts and Hotel Management institutes. This is why a number of new academic programmes will be starting.