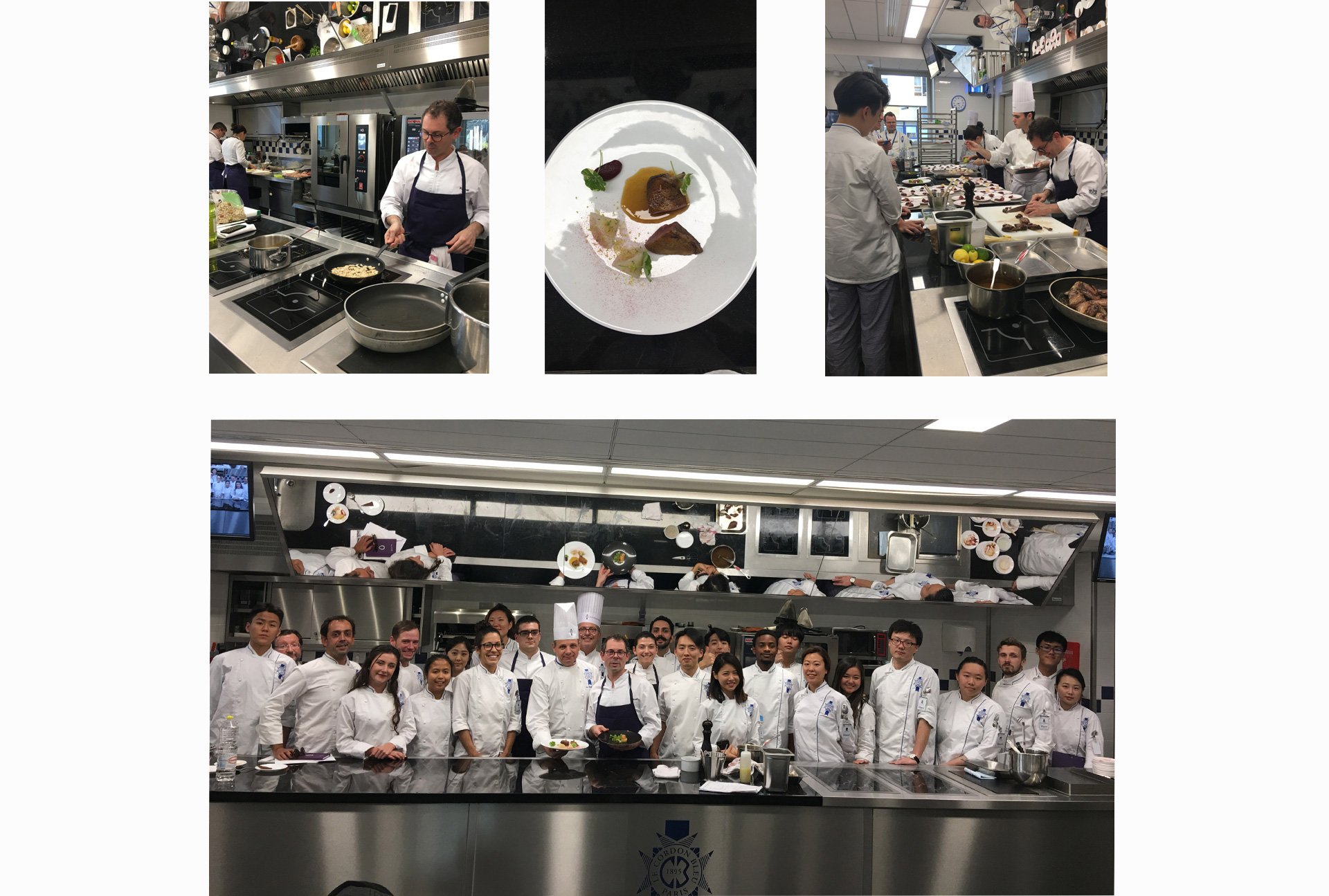 17 October 2018 - Pascal Barbot, the famous chef and owner of Astrance, did us the honour of sharing his expertise with Le Cordon Bleu Paris institute students during a culinary demonstration.

Keen to share his experience with Cuisine Diploma students, Chef Barbot discussed his values and working methods, underlining the importance of fresh and seasonal ingredients and of using the correct cooking and cutting methods. The aim of this invaluable advice was to highlight the importance of showcasing taste, even sometimes relegating the visual aspect to second place, in a world in which aesthetics can take precedence over flavour, according to the Michelin-starred chef.

Chef Barbot’s methods and beliefs make Astrance a unique restaurant, a world apart from the capital’s other Michelin-starred and upmarket restaurants. Its cuisine, which is more subtle and delicate, made using outstanding ingredients, takes its inspiration from culinary journeys and discoveries. The chef reinvents himself daily and, ever since Astrance opened in the early 2000s, has steered well clear of monotony. This creativity was rewarded with the highest recognition: 3 Michelin stars.