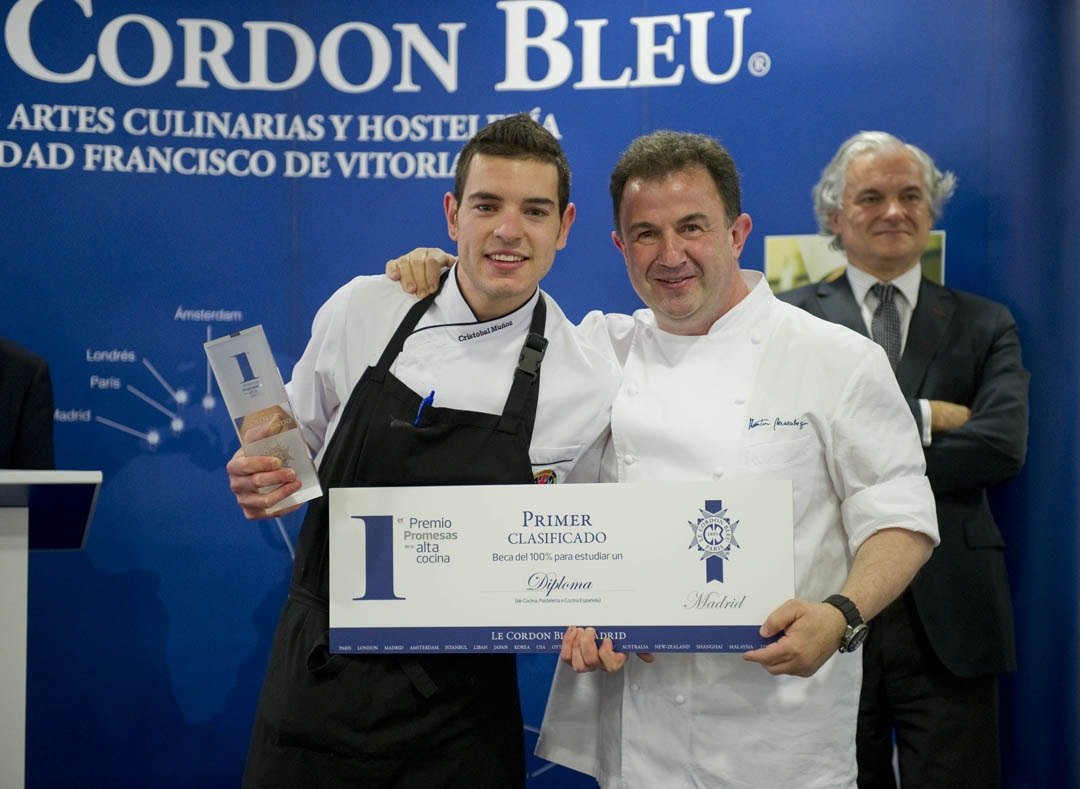 The recognition given by the prestigious Michelin Guide emphasizes the value of the search for knowledge and the professional training of promising chefs in Spanish haute cuisine at our School through the Promising Chefs in Haute Cuisine competition, which is now in its ninth year.

The chef, Cristóbal Muñoz, winner of the first Annual Promising Chefs in Haute Cuisine Competition organized by Le Cordon Bleu Madrid, was honoured last night at a gala awarding him his first Michelin Star as the executive chef at Ambivium, located in Peñafiel (Valladolid, Spain).

In 2013, Cristóbal Muñoz Ortega was studying at the IES Almeraya middle school located in Almería, Andalusia, when he decided to submit his application to participate in the first national Promising Chefs Competition hosted by the School. The aspiring student risked it all despite the competition being unknown at the time. At present, the competition, now in its ninth year, is a mayor culinary event in Spain offering haute cuisine students in their last year of studies across the country the opportunity to continue their professional training in gastronomy at one of the most prestigious haute cuisine schools in the world.

Cristóbal won the first competition by unanimously convincing the judges with his winning recipe beating out the other nine finalists and won the scholarship to continue his professional training at Le Cordon Bleu Madrid, giving him the opportunity to hone his skills and to perfect his culinary knowledge at the highest level. With the winning scholarship, Cristóbal studied the French Cuisine Diploma, then enrolled again and studied the Pastry Diploma, earning the Grand Diplôme® in the process, and graduating with honours in both disciplines.

After graduating, he joined the Cuisine Production team at Le Cordon Bleu Madrid where he moved up into several roles and eventually becoming Sous-Chef. He then decided to journey further, and over the last few years he has worked with great chefs such as Dani García (Restaurant Claim), Paco Pérez (Restaurant Terra, 1* Michelin Star), Francis Paniego (Restaurant Tondeluna) and led the Sofichic (Almería) restaurant’s team. He’s been working at Ambivium over the last two years where he’s responsible for the creative development of recipes and dishes.

For Le Cordon Bleu Madrid, “in these uncertain times, such recognition is a great source of pride for the team at Ambivium. Additionally, it provides momentum for the Promising Chefs Competition and demonstrates how working with culinary schools across the country, over the last nine years, looking for talent and supporting young people committed to their culinary training is fruitful. We hope Cristóbal’s success serves as an example and inspiration for so many others who are fighting for their dream,” states Andrea Loureiro, Manager of the Annual Promising Chefs in Haute Cuisine Competition. 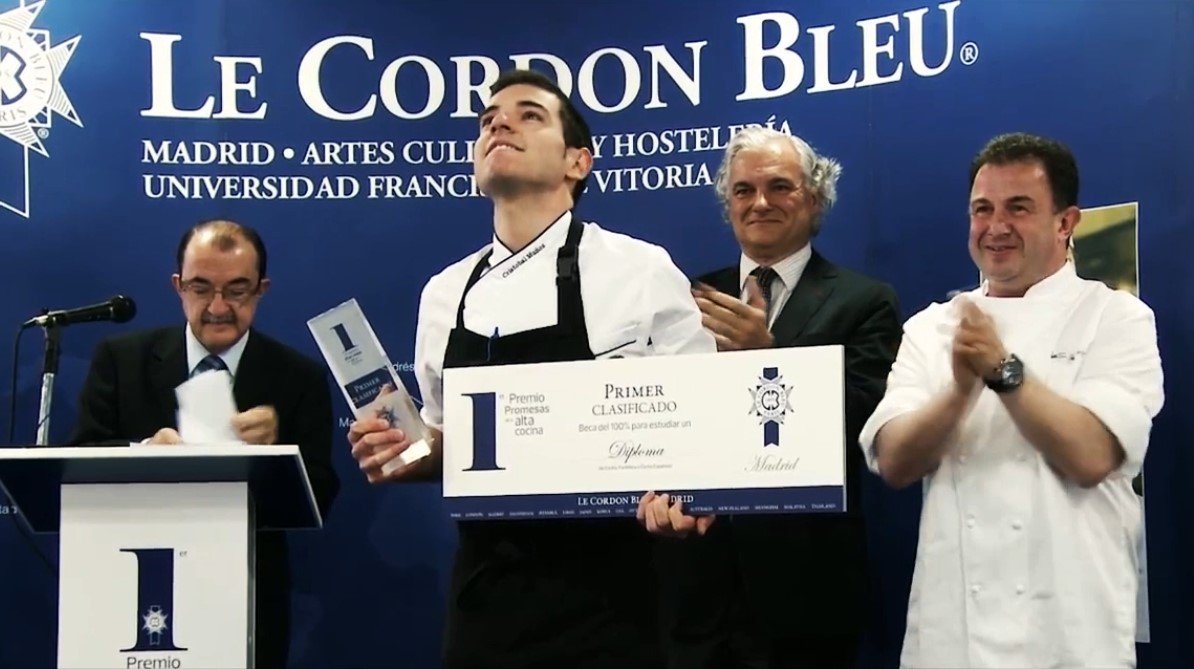 About the IX Annual Promising Chefs in Haute Cuisine Competition

The Annual Promising Chefs in Haute Cuisine Competition is a national competition for students under the age of 25 that are enrolled in their last year of cuisine studies at any school in the country. The students must stand out for their passion and culinary vision, which they also espouse as a way of life. The competition offers the chance to continue to study at one of the most prestigious schools in the world by winning one of two scholarships, first and second place winners will win a scholarship of a value of 23,000 euros, and 8,500 euros respectively. These scholarships offer the winners the opportunity to hone their skills and culinary knowledge. Le Cordon Bleu Madrid will also award the first place winner’s school with a 1,500 euro grant.

Le Cordon Bleu Madrid once again demonstrates its commitment to Spanish Haute Cuisine with its annual competition for yet another year where the School aims to recognize new talent and to nurture the professional development of the country’s up-and-coming chefs. This is especially true this year as the hospitality and restaurant sectors are suffering a terrible blow dealt by the effects of the COVID-19 pandemic. Additionally, the School aims to do its part so that students remain hopeful and continue to fight to preserve the hospitality business as an essential business for years to come.