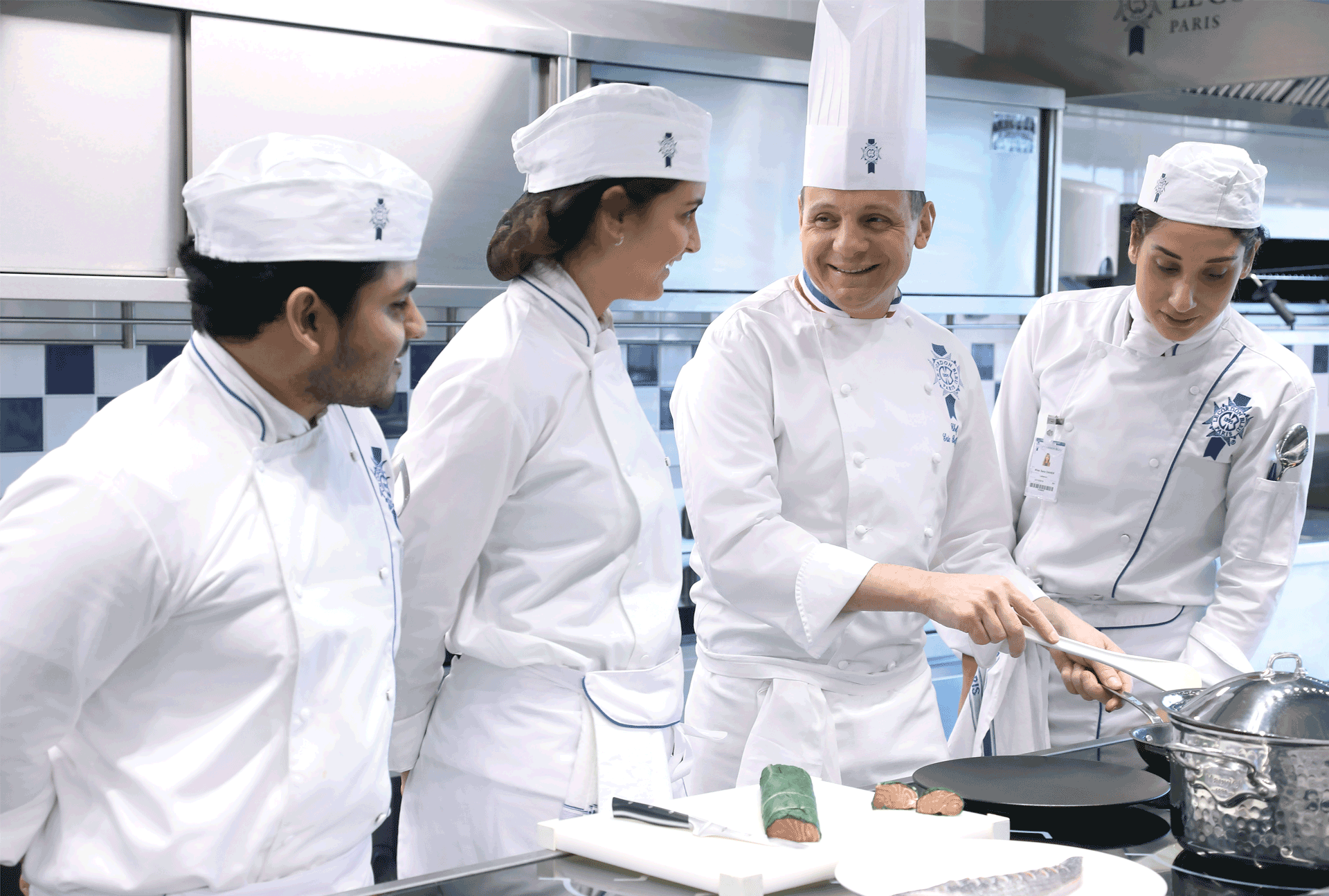 
The Trophées Le Chef are the only trophies awarded by and for the chefs and have become a prestigious reference in the gastronomy world. More than 600 guests, including 400 Michelin-starred chefs, met on Monday 24 September 2018 in Paris to celebrate this large culinary professional gathering, hosted each year since 1987.

During this ceremony, Chef Eric Briffard was awarded Le Prix de la Transmission, recognizing his commitment to sharing his knowledge with the new generation of future Chefs.

“Transmission of my knowledge is my main motivation, it has always been at the core of my profession.” declares Éric Briffard:


My ambition is to promote Le Cordon Bleu Institute’s excellence. My challenge is to impart the best training to our students, a transmission of know-how and values.