A flavoursome exploration of French cheeses 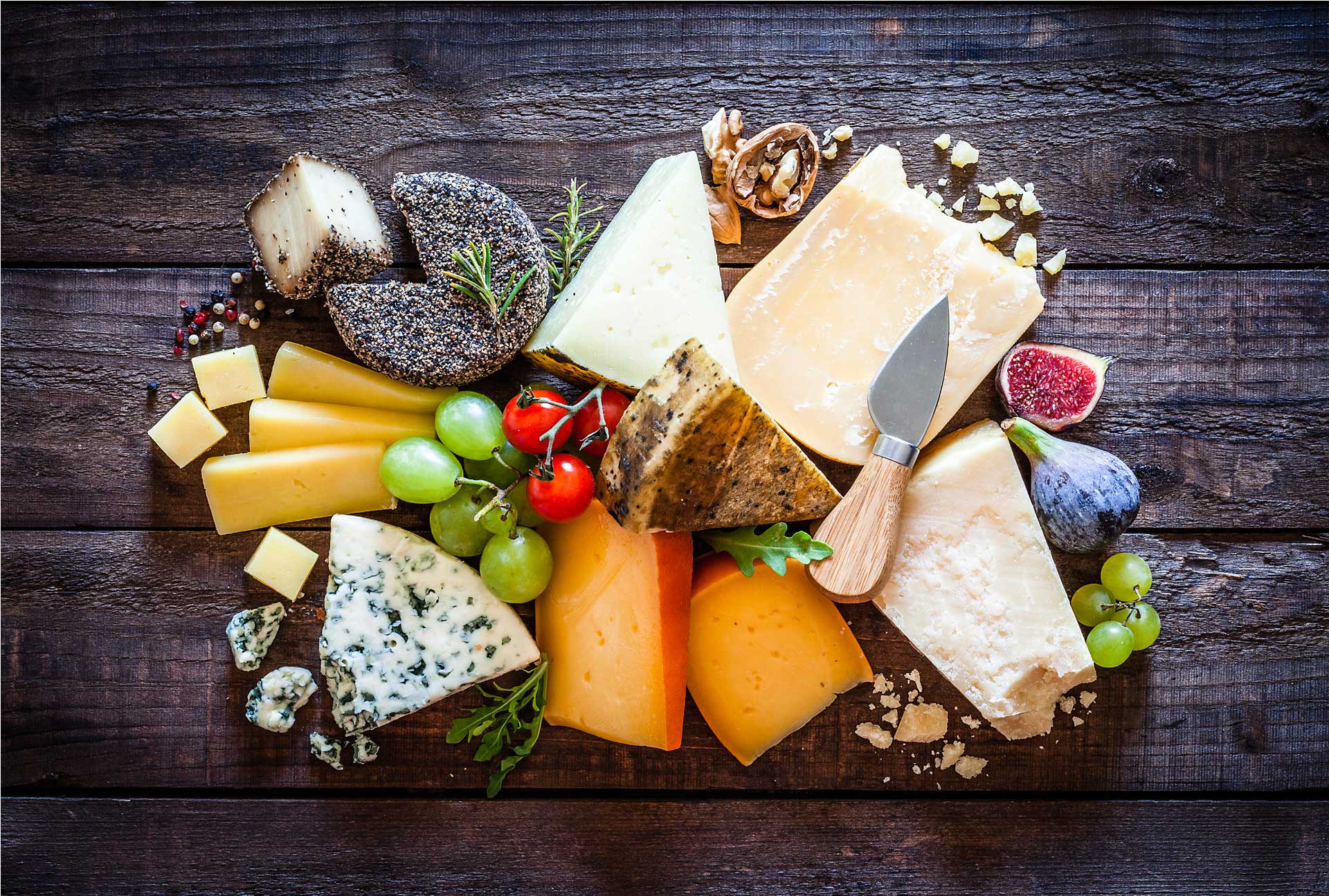 Le Cordon Bleu Advanced Studies in Taste programme focuses on the various aspects of food and taste. The 2019 intake, which will take place from 14 to 26 October, will be enriched with a new class : an educational tasting on French cheeses. Discover more below.


A guided tasting of French cheeses, accompanied by documents and photographs, will take you on an intellectual and gustatory discovery of some of the French terroir’s star ingredients.

French cheeses are a constant source of fascination, thanks to the sheer quantity, and variety of shapes and flavours, that exist. Most French regions boast their very own traditional cheese. The aim of this presentation is to give those taking part the keys with which to understand how cheeses are spread out across France. Why, despite being France’s leading milk producing region, doesn’t Brittany have a traditional cheese? Why do the largest cheeses come from the mountains? How can the geographical production of the three types of cheeses, cow, ewe and goat, be explained?

The unique way in which cheeses are classified is often a source of confusion. France is home to almost every type of cheese that can be found in the world (with the exception of stretched-curd cheese, such as mozzarella). Providing an explanation of the differences that exist between pressed-cooked, cooked, uncooked, blue-vein, and white mould crust cheeses, in terms of recipes and maturing, is key. A description of production techniques will be accompanied by advice on cutting and tasting, essential for those who are keen to become a true connoisseur.

Finally, rumours circulating about cheese can become a cause of concern. Why are the French so attached to producing cheese using raw milk? Does raw milk pose a health risk? Are Protected Designation of Origin labels effective in safeguarding traditional cheeses? Cheese made both on a farm and in a factory can be found under the same PDO label. What are the differences? Why are some PDO cheeses made using raw milk and others not. Why, for the same PDO, does one version exist which uses raw milk and another which uses pasteurized milk? Finally, some cheeses, such as abbey cheeses, do not have PDO status despite coming from a longstanding cheese making tradition. We will demonstrate the paradoxes that exist, sometimes even scandals, and above all the evolutions that have taken place in the composition of a cheese board which, contrary to common belief, is not set in stone.

Celebrate Epiphany with this traditional French Three Kings’ Cake which is served to mark the day each year. The season begins the day after the last night of ...