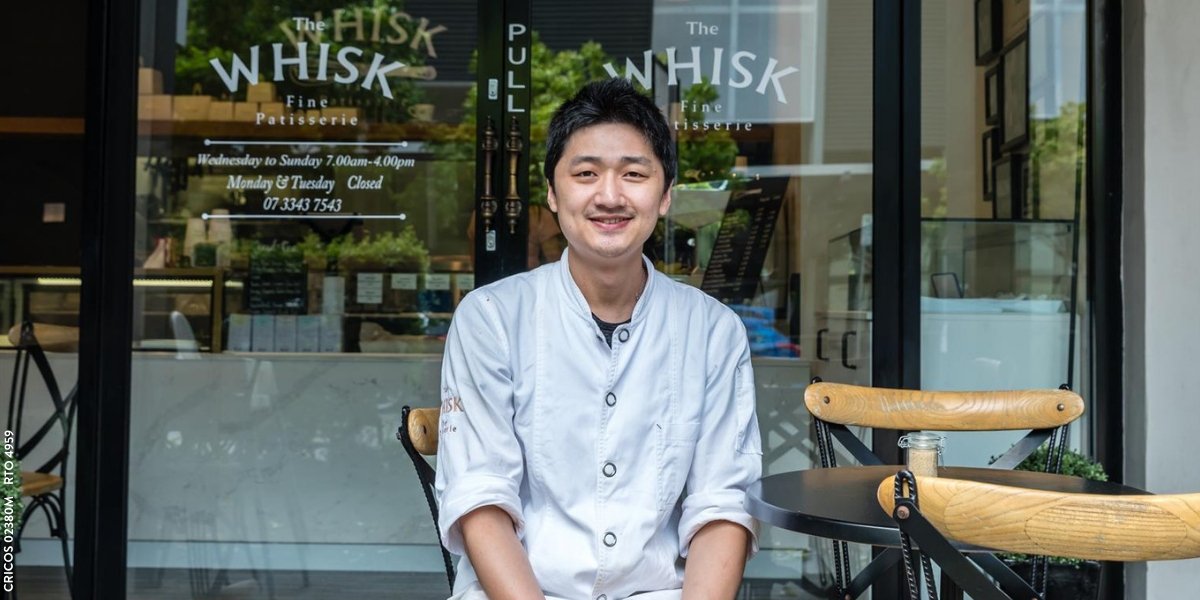 Award-winning pâtissier and small business entrepreneur Justin Yu hit the ground running with a Diplôme de Pâtisserie (SIT31016 Certificate III in Patisserie) from Le Cordon Bleu Sydney. Today he is owner of Parisienne-style establishment The Whisk Fine Patisserie in Brisbane, with further expansion on the cards.

Arriving in 2001 from Taiwan to attend high school in Australia, Justin soon discovered he was a hands-on learner, rather than academically inclined. After dropping out of a hotel management degree at Griffith University, Justin still wanted to work in hospitality and knew he had to find a way. Having fallen in love with pastry during his part-time university job as a kitchen hand, Justin secretly dreamed of owning a pâtisserie business. He chose Le Cordon Bleu Australia to make his dream come true.

Le Cordon Bleu has a prestigious brand name and with high recommendations from my colleagues, I knew it was my best chance.”

Moving to Le Cordon Bleu Sydney for a Diplôme de Pâtisserie (SIT31016 Certificate III in Patisserie) in 2008, Justin felt much happier, finding the course was a great fit - with practical, kitchen-based classes, it suited his need for hands-on learning.

“Diplôme de Pâtisserie at Le Cordon Bleu was intense as there was so much packed into 10 months. I gave it my full attention and really enjoyed the experience. If you are focused and dedicated you will get so much more from the classes.” 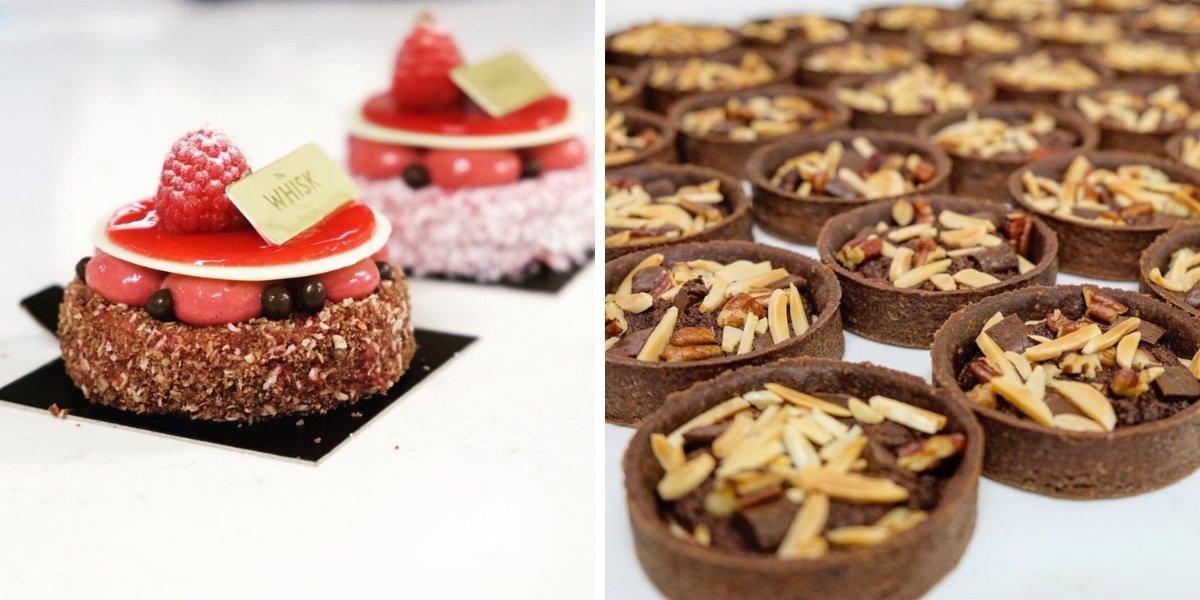 During his studies, Justin won the Easter Chocolate Challenge in Melbourne under the mentorship of Head Chef Lecturers. He was then selected to represent Australia as a member of the Pastry Team for Asian Pastry Cup held in Singapore, which his team won. The following year Justin represented Australia in the World Pastry Cup held in France with his team placed 7th in the world. After that he also won 2nd place in Top Pastry Chef Asia held in Japan under the mentorship of LCB head chef Andre Sandison.

Graduating in 2009, Justin worked solidly for a number of years in various pâtisserie establishments building up his skills, industry networks and business knowledge. “If your dream is to open your own business, you need solid experience working in industry first. I learned the most from working in a tiny pastry business in Melbourne through hands-on experience.”

In 2016 Justin fulfilled his dream, opening a gorgeous high-end pâtisserie shop The Whisk Fine Pâtisserie in Brisbane. Croissants are his specialty (he estimates selling around 300 croissants a day). With The Whisk's reputation for producing some of the finest French pastries in town, expansion is a real consideration with a further three pastry shops on the cards.

Justin Yu is living proof that hard work and dedication wins in the end, as his entrepreneurial success story continues.