5 Steps to a Perfectly Cooked Steak

Chef Simon from Le Cordon Bleu Adelaide has revealed his secrets on how to cook a steak perfectly, in just five steps.

The first step to cooking the perfect steak is preparation. Remove the steak from the fridge and allow it to reach room temperature. It should take around 20 mins or so, depending on the thickness of the steak.

Marinate the steak in some oil with a few splashes of balsamic vinegar. When you put the steak on the grill, the vinegar helps to develop those nice chargrill lines which are the markings of an expertly cooked steak.

After resting the steak, sprinkle a generous amount of salt evenly on one side of the steak just before you are about to put it on the grill. This seasoned side is the side you will be putting face-down on the grill. By seasoning one side at a time, it stops some of the juices being drawn out from the side up. Hold off from seasoning it with pepper until after the steak is cooked, as the pepper can burn on the grill and give a bitter taste.

When you are putting the steak onto the grill, always put it on an angle of 45 degrees to the bars. This allows for diamond grill marks on the steak, rather than a grid pattern. 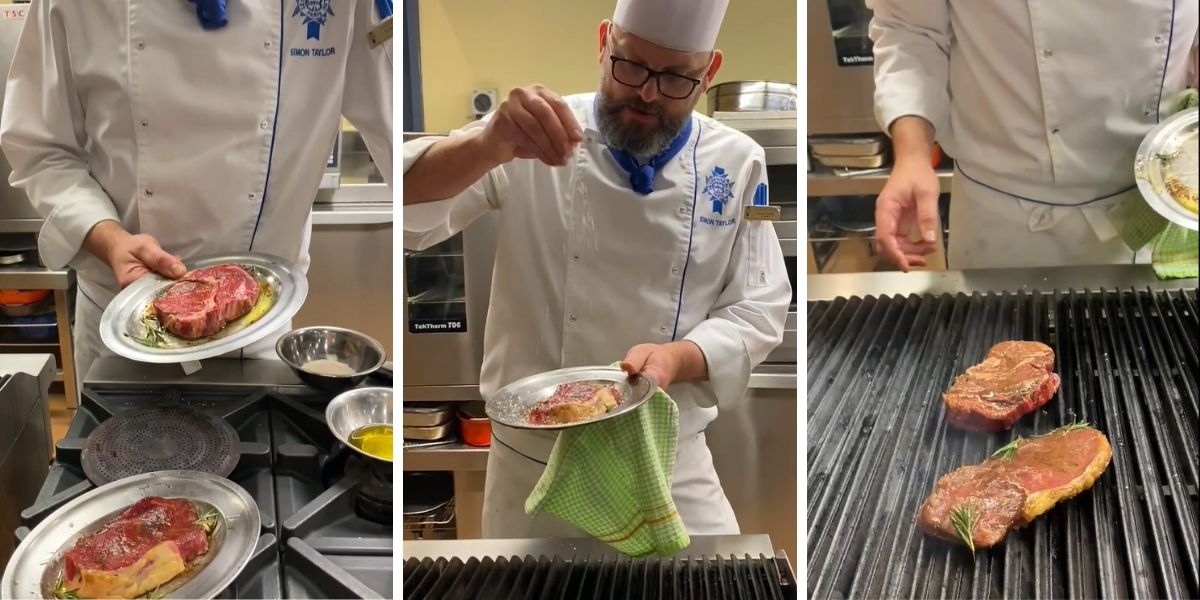 Now that the steak has cooked for a few minutes on one side and is ready to be turned over, you can season the other side with salt. Carefully from the side, turn it over using a palette knife, being mindful to keep the steak on an angle on the bars for the diamond effect. For a steak approximately 2cm thick, you want to cook it for about two minutes on each side first. Then, rotate the steak to sear the other angle on the bars and cook another two minutes on each side. This will create a perfect medium-rare steak.

After you have cooked the steak as above, remove it from the grill onto a pan. You can now season it with some cracked pepper and let it rest in the pan for about five minutes to let the juices settle.

Serve with some sea salt to accompany the flavour. 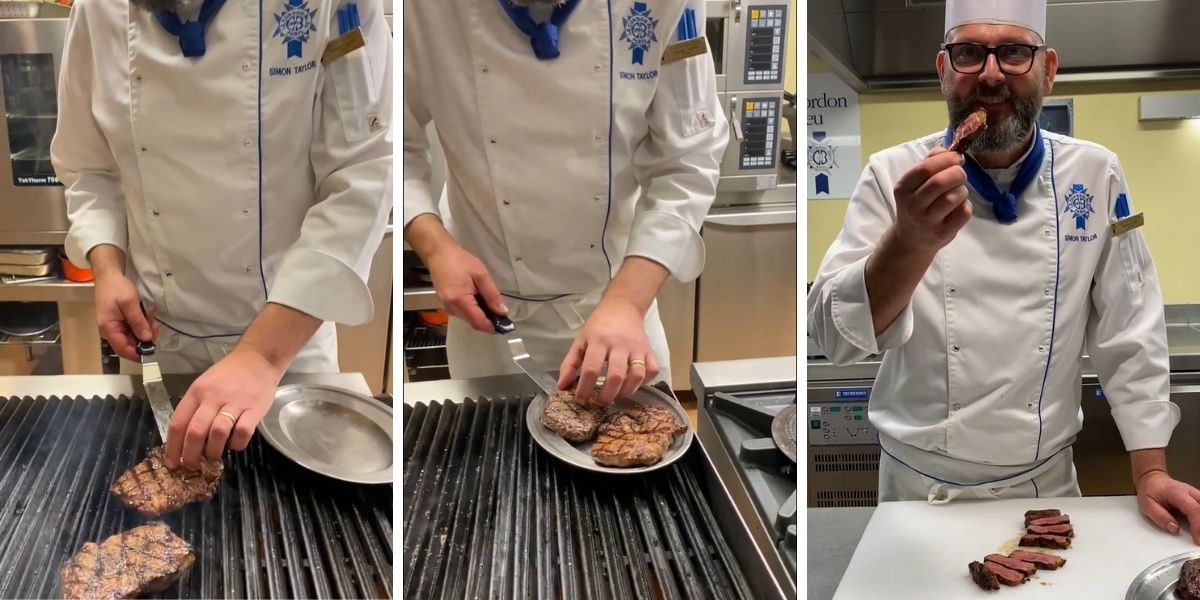 News
Chefs in top 10 most in-demand jobs across Australia

Chefs will be among the most in-demand workers over the next five years, according to the Federal Government’s latest Skills Priority List, revealed last month.

When choosing where to study, it’s important to do your research on what each campus offers and how your chosen state suits your lifestyle. Le Cordon Bleu ...