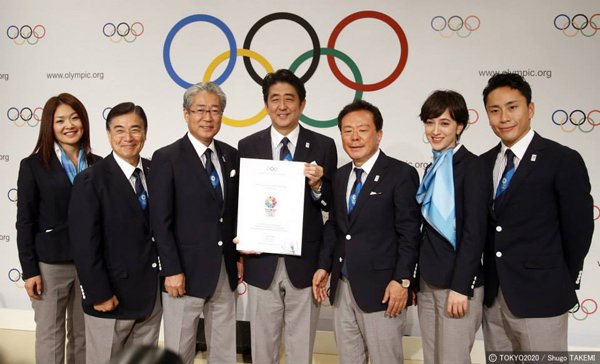 As Tokyo is gearing up to host the 2020 Summer Olympics, Le Cordon Bleu Japan is also preparing to play its part in the games. It may be difficult to fathom what a French culinary education institution has to do with the greatest sporting event in the word, but this is not the first time Le Cordon Bleu has contributed to the Olympics. Le Cordon Bleu took part in the 2000 Summer games in Sydney, and will also be involved in the games next year in Rio de Janeiro.

A Leader in Hospitality Training

Le Cordon Bleu Japan's role in the 2020 Summer Olympics will be similar how it has contributed in the past. As a global leader in gastronomy, hospitality, and culinary education, and with a network of over 300,000 capable alumni, Le Cordon Bleu International is recognised as an institution capable of training international-standard hospitality staff.

The Olympics are an international event on a scale unlike any other, and the global crowd it draws expects a high standard of service. For the 2020 Olympics in Tokyo, Le Cordon Bleu Japan will cooperate with the Japanese government and industry parties to create a high-level international hospitality workforce. Its well-trained multilingual alumni will become an invaluable asset as they act as ambassadors for Japanese hospitality and cuisine.

Le Cordon Bleu Japan's efforts toward elevating hospitality in Japan extends past the Olympics in 2020. The school is working to develop higher-learning Culinary and Hospitality Management programs in partnership with Japanese universities. This will enable Le Cordon Bleu Japan to apply its expertise over the long-term and nurture the next generation of hospitality professionals well-equipped for international scale events like the Olympic games.

News
Nelly le Comte: Beyond the Lens of a Food Photographer

Nelly le Comte is a sought-after professional photographer and Food Photography teacher with a vibrant career. Discover her story beyond the lens of how she is ...

Discover this Buckwheat Galette recipe that will awaken your taste palate and your senses!

Learn more
News
“My Restaurant on the Move”: a successful first partnership between ESSEC and Le Cordon Bleu Paris

The ESSEC Food Business Challenges Chair and Le Cordon Bleu Paris share a common goal of training international students in the challenges of the food of the ...