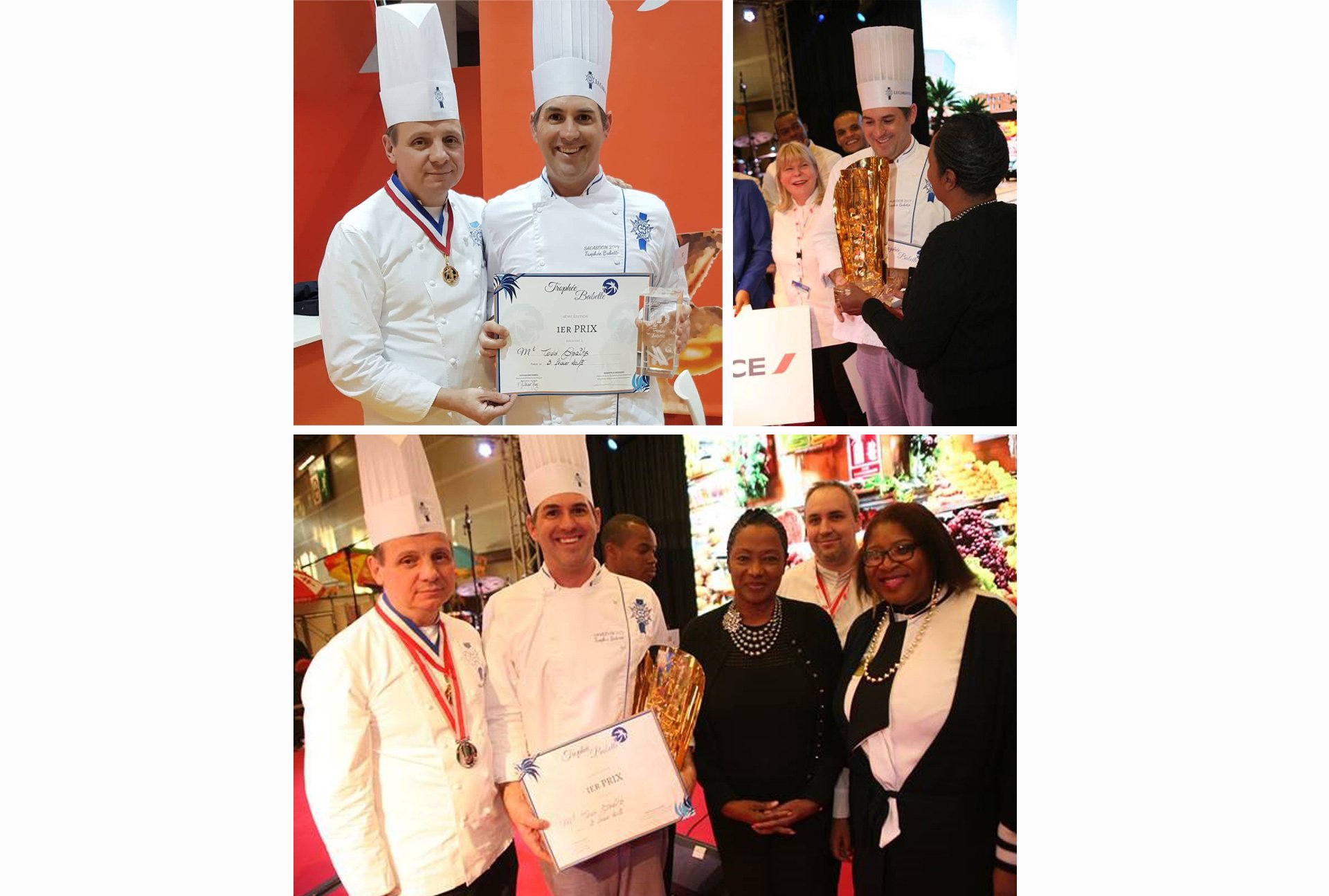 February 2019 – From 1 to 3 February 2019 the 4th edition of the Salon de la Gastronomie des Outre-Mer et de la Francophonie (French Overseas Gastronomy and Francophonie Fair) was held in Paris. Babette de Rozières, the fair’s founder and cuisine chef organised the Trophée Babette, a competition dedicated to highlight culinary students through the creation of a dish representative of Overseas French gastronomy.

We met him to learn more about this first accomplishment in his new chef life.

My name is Todd, I am 44 years old and I’m from the US. I have worked in the tech industry for the last 16 years, and still own my tech company. After working in IT for years, I felt like I wanted to finally study at Le Cordon Bleu, it was my dream since I was a kid. I already worked in the restaurant industry as a waiter and a bartender, but never as a professional cook.

Why did you decide to take part in this competition?

Chef Briffard called out for candidates and I accepted because I think being involved in whatever I can is the best way to learn, and it sounded fun.

The competition lasted three days, and we had to make a different plate every day. We were 12 on the first day, the jury then picked 6 candidates for the second trial, and we were 4 during the finale.
We had a basket with different products and had to come up with a recipe. As it was Overseas France food, we had products from Tahiti, Guadeloupe, Martinique, Reunion Island… The recipes thus had to be spicy as you would find it in these regions. I have travelled a lot and have always been cooking, so I was already familiar with these products. We only had 45 minutes to cook and present the dishes, which is a really short time.

How did you feel during the competition?

I felt ok the first day, and the second day was my best day, I felt really good because I liked the ingredients and I had a good plan for it, so I really knew what I was going to make. I did ceviche, with coconut milk, onions, chillies, so it was easier as I did not have to cook.
The third day was the most difficult as it was rabbit, and we do not eat a lot of rabbit in the US. I was standing there in front of a hundred people and did not have a plan, I had no idea of what I was going to cook! I then came up with something, but at the end I did not think I won. Another candidate from the Reunion Island was very technical, he knew what he was doing. I think the reason I won was because my recipe was really spicy, with a lot of garlic.

What is it like to win a cuisine competition?

Competitions are fun, and you really learn. During practical classes at Le Cordon Bleu, you have to make a dish in 3 hours and all the ingredients are provided to make the perfect recipe. Whereas during this competition, I only had a very limited time to make a recipe out of a selection of ingredients. In both cases, the Chefs or jury look for the balance between presentation, taste and technique. I was very happy that the way I chose to do things worked out and pleased the jury!