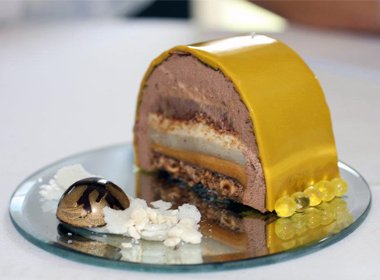 During their recent vacation period a group of Le Cordon Bleu Patisserie students and teachers competed in the Hunter Valley Chocolate Festival and Competition, sponsored by Callebaut Chocolate. The festival attracted over 12 000 visitors with the enchanting theme for the year of a ‘Winter Wonderland’.

Not to be outdone by their students Le Cordon Bleu Patisserie Teachers Angelo Roche and Joseph Roche earned second and third place respectively in the Chocolate Showpiece Competition.

Of course this experience and success would not have been possible without the sponsorship, dedication of time, energy and commitment to the student experience. Therefore Le Cordon Bleu would like to thank the teachers involved for their time in coaching and mentoring, and all those who helped support the students.