Looking back with Susan, a pastry student in 1998 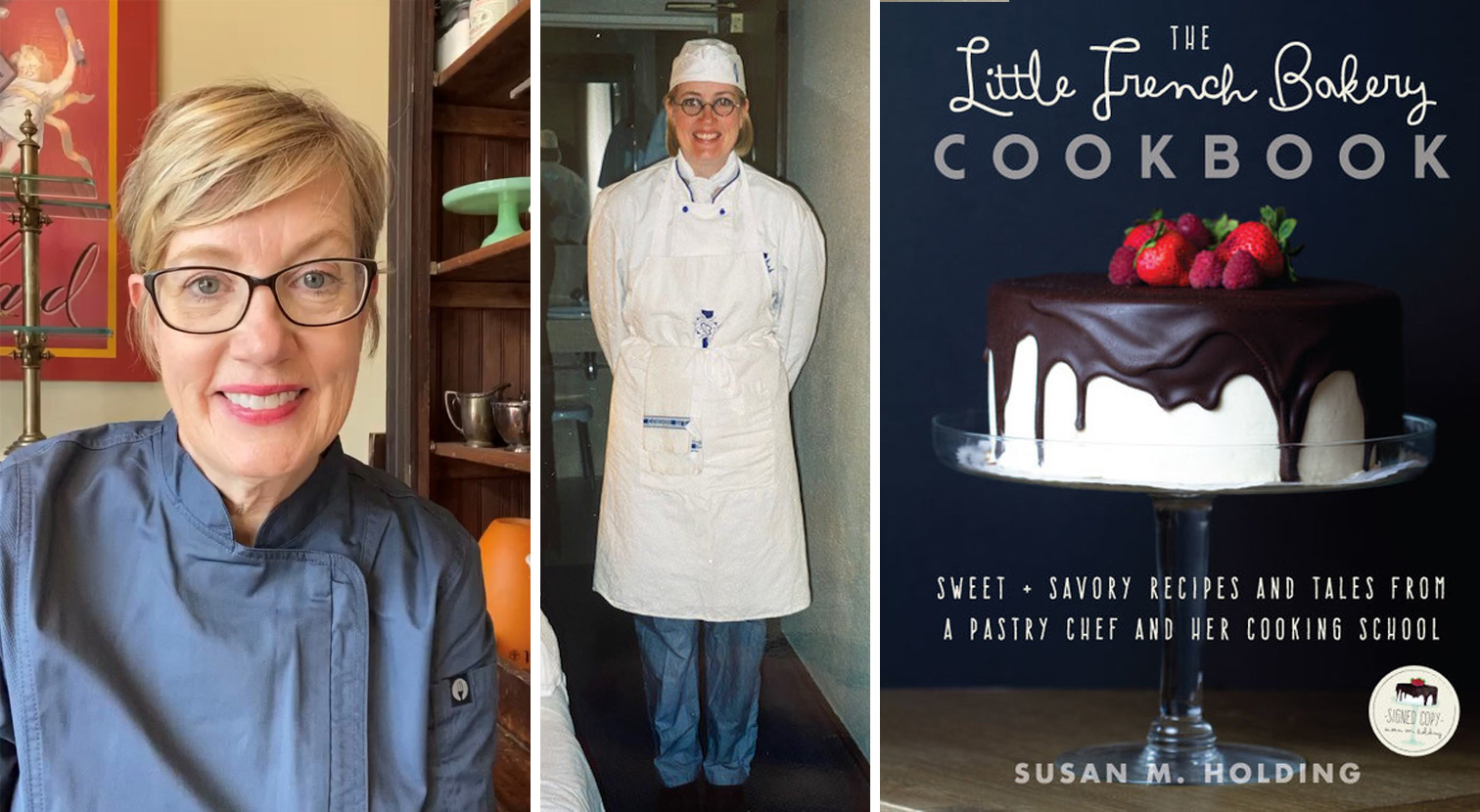 In 1998, Susan Holding from Wisconsin enrolled at Le Cordon Bleu Paris leaving behind her successful nursing career. After completing the Diplôme de Pâtisserie, she opened The Little French Bakery, a special-order bakery and cooking school. She began blogging her culinary stories in 2010 and released 4 years after The Little French Bakery Cookbook. She offered more. In 2016 she launched her activity of culinary tours in Paris.


Can you introduce yourself?
My first career was a nurse. I attended the University of Wisconsin and worked in the maternity area of the hospital. After a few years I joined a medical software company and went back to school for my MBA.  In 1998, I applied to Le Cordon Bleu, and entered Intensive Basic Pastry Diploma in August.  I followed with Intermediate the next summer, and Superior in the holiday break, late 1999.


What have you accomplished since graduating from Le Cordon Bleu Paris?
In 1999 I opened The Little French Bakery.  It’s a special-order bakery and cooking school.  I’m located in a rural area of Wisconsin. In 2010 I started my blog with recipes and stories. In 2014, I wrote The Little French Bakery Cookbook. I was able to write, style and photograph the recipes for the book. It was a great experience.  In 2016, I began leading culinary tours to Paris.  I continue to teach and tour.


What is your favourite memory from your adventure at Le Cordon Bleu Paris?
My favourite memory is learning to croissants in Basic Level. It was bright, sunny morning with the windows open. The sun was streaming in as we rolled the croissants.  I paused and took a photo of my workstation to remember that day. I also remember running up and down all the stairs, trying to spill our armful of equipment.  The more senior students taught us to go to BHV to buy a case for our equipment.  It was an adventure and made the trips up the stairs more graceful.  We had classmates from all over the world. There are some I still keep in touch with.


What do you think were the real pluses of the training you followed?
I feel I had excellent training from some of the best chefs in the world and have excellent techniques. It wasn’t easy, and I appreciate the level of excellence that is expected to achieve the certificate for each course. I’m able to understand recipes and techniques written by any chef. The school had a tremendous reputation, and that is something I’ve very proud of.


How would you describe your experience at Le Cordon Bleu Paris?
It was fun, and stressful! The days were long in the intensive level. The school was very supportive.  I learned so much.  At the time I attended, we didn’t use any electronic small appliances.  We used whisks, scrapers (no spatulas yet!), and lots of muscle!


Do you come back to Le Cordon Bleu Paris institute often?
I return to Le Cordon Bleu Paris at least once each year, sometimes twice.  My tours observe a demonstration and have a tour of the school. This year, the group did a hands-on class, making a tart.  The time at the school brings back some many happy memories. My travellers love seeing the school and getting a glimpse at what it is like to attend as a student.