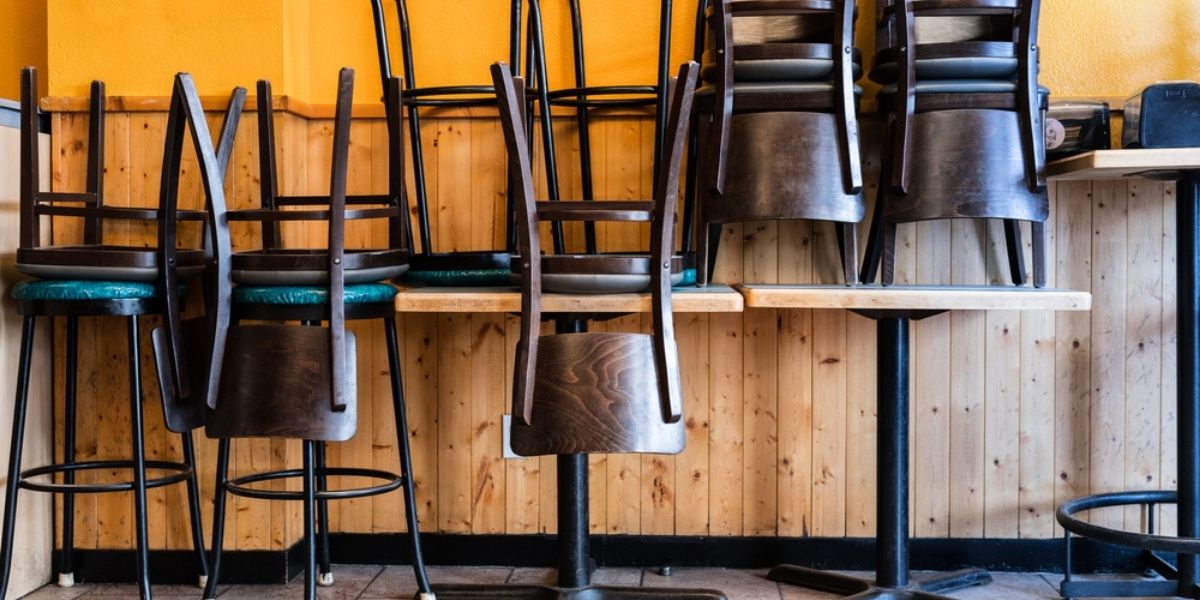 For Claudio Chinali, executive chef in Eataly Istanbul, the impact of the first COVID wave was devastating for the restaurant business.

‘The bigger money-maker for the business was closed down’ Claudio said, referring to the restaurant service, which represented 65% of the total business distribution.

On the other hand, orders at their market increased dramatically as customers began consuming from home. The demand for items such as alcohol and bread increased exponentially. It was then that Eataly Turkey understood that they had to adapt to change to survive.

Impact of the pandemic on the restaurant business
By the time COVID19 was officially declared as a global pandemic, few people expected that a health crisis of such magnitude would impact the world economy so severely. The few who, however, foresaw a similar situation, never imagined that it would last so long. Much less that after 15 months, there would still be no certainty when it would be finally controlled.

Since the first wave caught a completely unprepared population off guard, many small industries around the world had to close their doors. Others, with more luck, managed to adapt little by little to the change. The worldwide tourism and restaurant industries have been some of the most dramatically affected and have therefore had to rethink their business vision to survive in a world in crisis.

The health measures implemented by governments worldwide limited the spread of the virus. Social distancing, the use of masks and the partial or total closure of public places, however, forced small, medium, and large restaurants to adjust their operations to retain customers and generate some income. The world was forced into social distancing.

But the change did not come only from governments. With a virus that is still not fully understood, customer preferences also changed dramatically. Clients stopped feeling safe in crowded or closed places. According to Statista, a business data platform that collects information and facts in 170 industries and more than 150 countries, social distancing measures and general caution towards public places caused many consumers to dine out less. According to them, the year-over-year decline of seated diners in restaurants worldwide, compared to 2019, was 21.67 percent on April 25, 2021.

The strategies the restaurants had to adhere to range from the application of new technologies to limit contact, such as the use of QR Code menus, payments with tap-and-go credit cards, delivery apps. Restaurants also increasingly made use of their online presence, using platforms such as İnstagram or Facebook as a space where customers could purchase orders or, in increasingly creative ways, where they could keep in touch with their customers. The rise of drive-thru, take-aways and outdoor dinners, among others, were also some of the adjustments that had to be implemented. Many of these changes are expected to persist even after the crisis is under control. 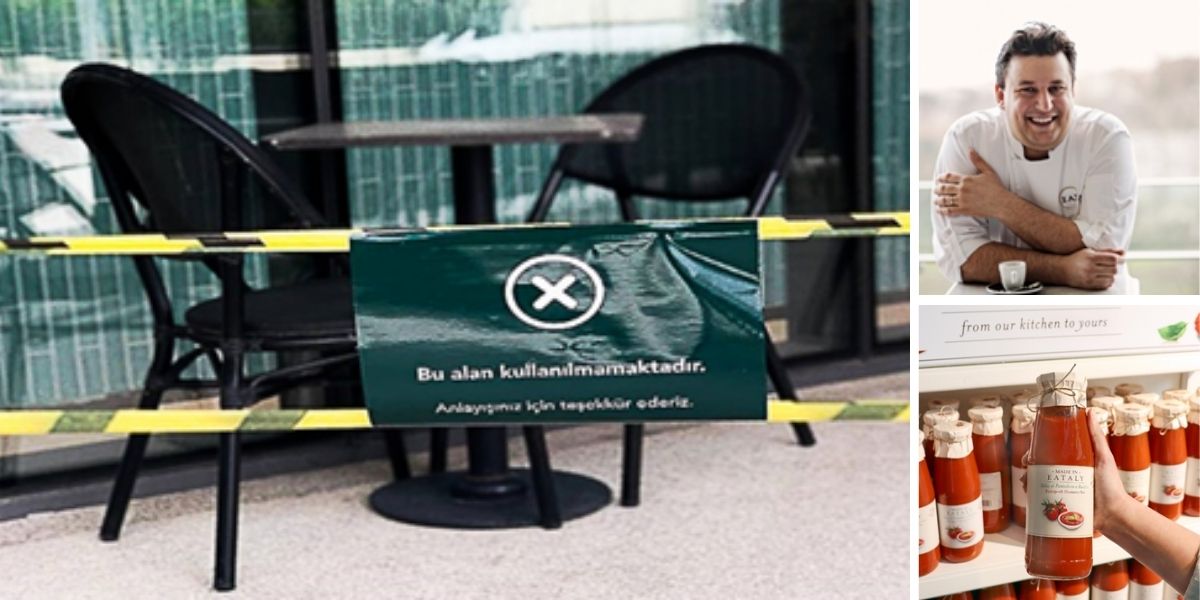 Adaptation for survival – The example of Eataly İstanbul
In the case of Eataly, the managers had to re-examine their operations to adapt to the new normal. The restaurant is an Italian slow food-based philosophy business model founded in healthy food and support of the local producers, with a presence in cities such as NYC, Tokyo, Seoul, Sao Paolo, Stockholm, Moscow and İstanbul.

The İstanbul branch, which during the pre-pandemic period had a distribution of the business consisted of 65% focused on the restaurant, 30% on the market and approximately 5% focused on training activities, had to change dramatically this distribution. İnstead of investing resources in the restaurant, they improved the production of precooked foods that could be sold in its markets.

The restaurant service in Istanbul, which in the pre-pandemic period had between 4,000 to 5,000 covers every day and worked with a team of 80 to 100 employees depending on the season of the year, was reduced to about 100 online orders and a team of work, reduced to 30% of its capacity, during the lockdowns periodically imposed by the Turkish government.

‘Unfortunately, for a lot of people is a problem, because I have people that are not working for more than a year’ Claudio says.

Chinali reflects on the fact that their business model has changed because it had to. İt was a matter of survival but they had to do so smartly and without compromising the distinctive Eataly philosophy. For this, they are producing more in-house to maintain some margins.

‘We are trying to produce as much as possible to fulfill the new demands’, he says.

Striking a balance between Italian tradition and pandemic driven limitations is a tough one. At the end of the day, we all know that risotto should be eaten as soon as it comes out of the kitchen and that pasta must be consumed al dente.

Exactly in the same line. Eataly now prepare ready lasagna, pesto and tomato sauces, tiramisu, panna cotta, among others. They also increased their production of cheeses. All these products are prepared in Eataly’s kitchen and sold in its market.

With so much online ordering during COVID, the restaurant then began to function as a delivery space. ‘We need to be fast to understand the market, this is very important. At the beginning we didn’t want to make pizza base, but now we sell 40, 50, 60 a day’, Claudio said.

React quickly to survive.
Still the implications of this pandemic in the restaurant business are unfolding.

There will be time to look back and do a more objective analysis. For now, chefs and restaurant owners must work on the go, trying to adapt as fast as possible. Maybe the biggest lesson this pandemic taught them is that they need to be prepared to react quickly to any future crisis.

About the author: Alicia Santana is a Dominican chef specialized in International and Modernist cuisine. As a food traveller, she has visited countries such as Nicaragua, Costa Rica, Panama, Guatemala, Mexico, Colombia, Peru, Cuba, İtalia, Belgium, Spain, France, Greece, the Balkans (Albania, Croatia, Montenegro) and Lebanon to learn their gastronomic secrets.

Graduated as a professional chef from Turkish Culinary Academy in Ankara in 2017, Alicia has worked in this institution for the past three years, teaching Latin American Cuisine. She also has diplomas in Professional Food Photography and Food Writing for Publication with Le Cordon Bleu Online Learning.

She was co-owner and Executive Chef at La Mesa del Chef restaurant in Ankara. Has participated in the gastronomic TV program Taste & Spices that is broadcasted from Turkey to the entire African continent on Natura TV, as well as in several gastronomic events. At this moment Alicia is coordinating online cooking classes in Turkey, Bangladesh and Dominican Repúblic.

In the past five years, she has lived in Turkey and travelled the length and breadth of the country in her eagerness to learn about its gastronomic culture. To share this experience, she is summarizing her travels in a book that aims to collect a bit of history and traditions, as well as share some regional recipes of Turkish cuisine. The main objective of the book is to show the riches in Turkish gastronomy and make a descriptive overview of the spices, tools and ingredients used in Turkish Cuisine.