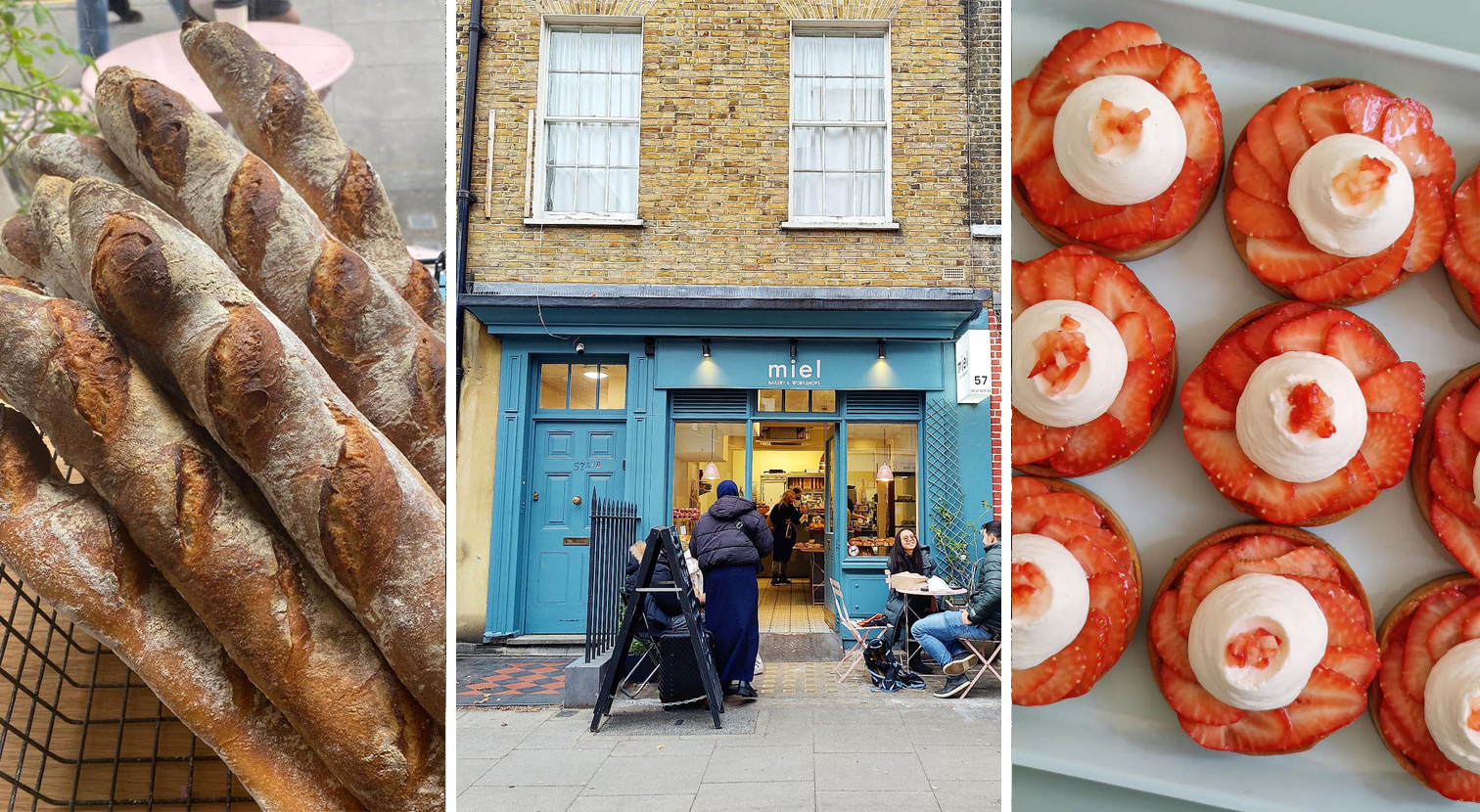 Graduated from Le Cordon Bleu Paris and London during 2012-2013, Shaheen Peerbhai now owns a pastry shop in London: Miel Bakery. She explains how her time at the institute not only taught her the finest French pastry techniques, but also helped her become an entrepreneur.


Can you please tell us a little bit about yourself?
I am the chef and owner of Miel Bakery, a boulangerie and patisserie in London. I have honed my skills in Mumbai, Paris and London at establishments ranging from terroir driven bistros to 3-Michelin starred restaurants. I have won four prestigious scholarships from The Culinary Trust, USA (2011, 2013) and The James Beard Foundation, USA (2011, 2015) that turned my cooking school dreams into a reality. I have since educated 1000s of students and have catered desserts at one of the biggest weddings in India. In 2018, I authored a French cookbook titled Paris Picnic Club, and I am former food editor of the BBC Good Food Magazine, India. I then started Miel Bakery in London, my first independent store, in March 2019.


What have you accomplished since graduating from Le Cordon Bleu?
I did many things. I wrote a cookbook of 100 recipes, and I taught thousands of students baking and pastry in India, Paris, and London. I opened a bakery in central London and in 3 years grew and moved to a bigger bakery thrice its size. I also had a little baby who is now 1 year old, and I hope to take her to Le Cordon Bleu, and I hope she chooses the same path!


What is Miel Bakery?
Miel is an independent, French-influenced boulangerie & patisserie in Fitzrovia, London. We make everything on-premises from scratch by a small team of passionate and highly trained bakers. We use only the best ingredients, baking throughout the day with care, technique, and lots of love.
At Miel favour comes first. And for that we take great care in sourcing our ingredients. The flour is traditionally milled in Normandy, the chocolate is Valrhona, the butter from Poitou Charentes (where some of the best French butter comes from) and the eggs British free range.


What do you like the most in your job?
It’s never the same every day. Being a business owner means knowing everything about everything. You are the constant. Everything changes. For this reason, it’s imperative for me to learn everything. Even though my passion and training lie in baking – I like to know everything – operations, suppliers, logistics, finances, staffing, coffee making, customer service. Everything.


How would you describe your experience at Le Cordon Bleu?
It was a deep dive into French cuisine and pastry. All the basics you need to know served on a platter. The experience was unparalleled and everything I imagined studying in France would be. I cherish my memories of Le Cordon Bleu.


What was one of the most important things you learned while studying?
That going to school and working in real life are two different things!


What advice would you give to future students?
I would advise them to supplement their studies with stages, to be curious, to read lots of book and to try different restaurants and pastry shops.