The #1 Drink Around the World & How it's Enjoyed 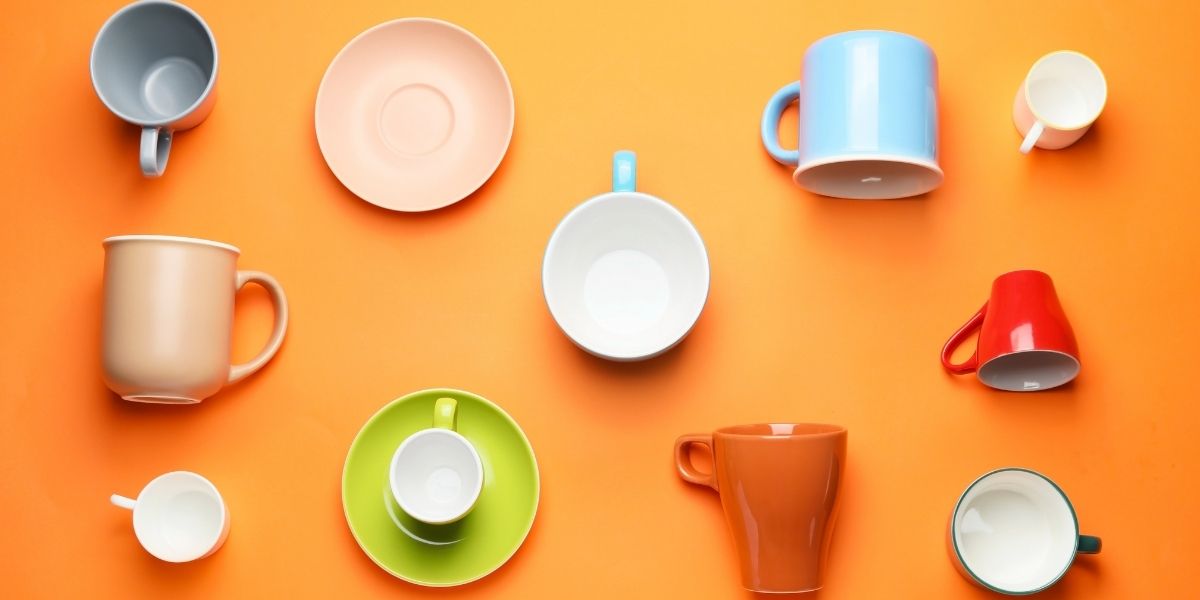 What do Singaporeans actually drink? If a cup of tea is not the top beverage in the UK, what is?

Find out what is one of the most popular beverages around the world and learn how a handful of countries enjoy it!

Australians have widely debated their national drink. Is it beer? Wine? Lemon, lime and bitters? The most popular beverage in Australia changes depending on who you speak to, but according to most sources, coffee is culturally a necessity. With 75% of the Australian population drinking at least one cup of coffee per day, the average Australian consumes nearly 2kgs of coffee each year!1

Although Australians are known for their invention of the ‘flat white’ coffee, the latte is the most popular coffee order in Australia.2 A latte is a single or double shot of espresso in a glass cup with steamed milk poured into the cup at an angle to combine, with a small amount of creamy milk foam (froth) rising to the top. Australians also enjoy their lattes sweetened, made with different kinds of milk (e.g. soy milk) and it is a common social activity to visit cafes.

The national beverage of Singapore is internationally recognised as the Singapore Sling. But the nation isn’t knocking back gin cocktails everyday – aside from tea, the most widely consumed beverage in Singapore is kopi (coffee). The country has built a unique kopitiam (coffee-shop) culture based around community, blending Eastern and Western cultures together to form a social morning ritual of their own.

The Singaporean coffee culture dates back to the late 1800’s when immigrants entered Singapore for trading. Chinese cooks opened kopitiams to support the European demand - kopi, meaning ‘coffee’ in Malay and tiam, meaning ‘shop’ in Chinese. Today, Singaporeans are known to buy their kopi from bustling hawker hall stalls (local food markets). They usually order from the same stall each day so your kopi is made when they see you coming, and the process is efficient yet personal. The most popular way to drink coffee in Singapore is to use Robusta beans and serve the hot brewed coffee with condensed milk and sugar. 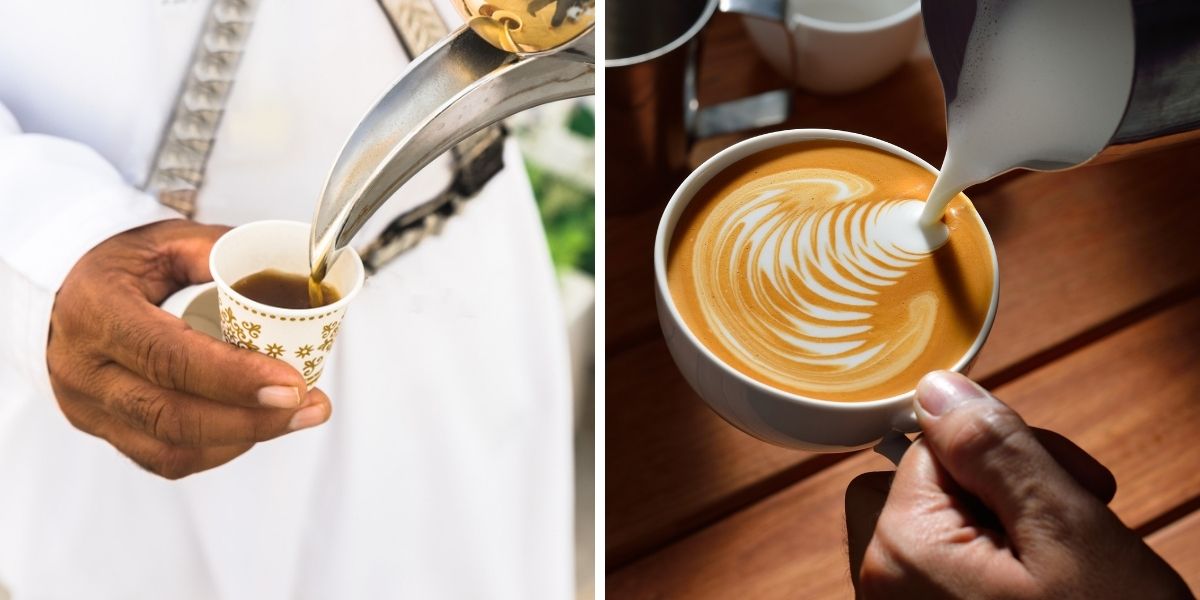 Known as a symbol of generosity across the United Arab Emirates (UAE), Emiratis centre most of their significant events and meetings around drinking gahwa or qahwa (Arabic coffee). Although coffee is served differently throughout the UAE according to preference, gahwa is a traditional welcome drink and is ceremonially prepared in front of guests, family and friends at home or at events. Many Emiratis also prepare the drink at home before going to work in the morning.

Amidst the growing popularity of European and American-style coffee shops in UAE such as Starbucks, the tradition of hospitality within Emiratis culture is prominent and gahwa is still a favourite among coffee lovers today. Gahwa is sometimes flavoured with cardamom, saffron, cloves, cinnamon or rose water according to preference. After boiling ground Arabic coffee and spices with water, Emiratis pour the brewed black coffee into a coffee pot (called a Dallah) and then pour it into small, handle-less decorative coffee cups for guests to serve.

It’s time to put down the PG Tips [popular UK tea], we’re about to ‘spill the tea’ on UK’s most popular beverage. Although tea is still the nation’s traditional drink, we are here to surprise you: Coffee has recently surpassed tea as the most widely consumed beverage in the UK!5 The British enjoy instant coffee the most or an American-style coffee from cafes.

The consumption of coffee has tripled in the UK since the 1970’s and is still on the rise.6 The declining popularity of tea has infused into the ‘cultural norm’ through recent generations and it is now seen as ‘old fashioned’ to brew a cup of tea. This cultural shift has resulted in the growth of cafes, a trend for socialising over a coffee and a thirst for a quick ‘caffeine fix’ on-the-go.

Coffee is served around the world in many ways but this popular beverage has one thing in common globally: it brings people together.

How do you enjoy your coffee?

Are you intrigued by the history of cuisine? Discover the Principles of Gastronomy and explore the world of food and drink culture over an in-depth, 10-week course!