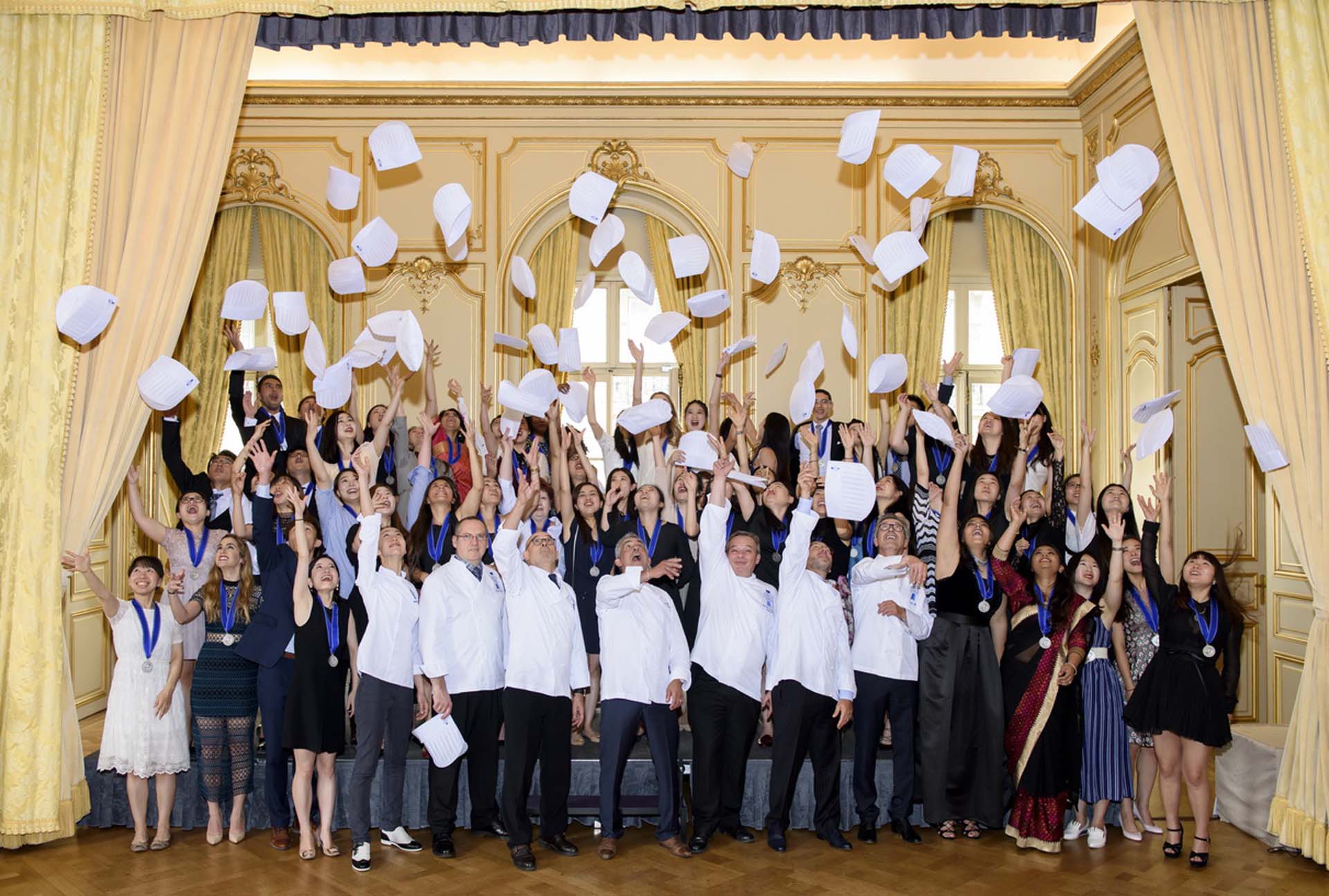 The graduation ceremony of Le Cordon Bleu Paris Culinary Arts students took place on September 2, 2016. The ceremony was held at the ‘Cercle de l’Union Interalliée’ with graduates' family members and friends. On this special day, Le Cordon Bleu was honored to welcome, as class patron Bernard Pacaud, owner of the restaurant L'Ambroisie and Philippe Urraca, President MOF Pâtissiers (One of the Best Craftsmen in France) and technical director of La Compagnie des desserts. 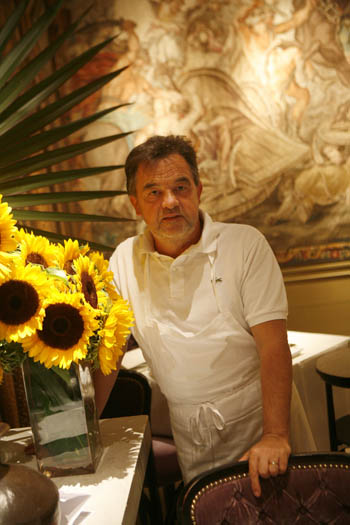 At L’Ambroisie, which is unassuming and where “the key to success lies in hard work, discipline and refusing to opt for the easy way out”, Bernard Pacaud and his son Mathieu produce “a fuss free cuisine which is unbending in its respect of tradition and elegance, combining traditionalism and modernity.” His excellence is built on “selecting the very best products, always serving them in season and with imagination to satisfy gourmets, those who delight in experiencing the authentic flavours of exceptional products, as nature intended.”

Chef Bernard Pacaud, owner and cuisine Chef of the welcoming L’Ambroisie, has seen his career recognized with numerous awards including the Chevalier de l’ordre national du mérite agricole in 2000 and the Chevalier de l’ordre national de la Légion d’Honneur in 2007. Bernard Pacaud is also the author of a number of books: L’Ambroisie, place des Vosges in 1989 (Robert Laffont), La cuisine de vos artères in 2003 (Albin Michel) and L’Ambroisie in 2012 (Glénat).

Bernard Pacaud congratulated all graduates stressing that this step mark the beginning of their career and that:

The permanent quest for beauty, balance, precision of gesture and of work, both inside and out of the kitchen, no doubt leads to a moral and material improvement of the individual. 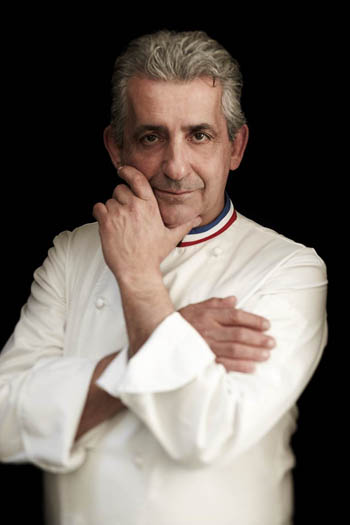 Following in the footsteps of his father, Philippe Urraca was just 19 years old when he opened his first shop. Passionate about his trade and a proud representative of traditional French pastry, he ensures that every single one of his creations is a celebration of the expertise he has inherited. In 1994, he was awarded the title One of the Best Craftsmen in France (Meilleur Ouvrier de France – MOF) in pastry. is recognition led him to share his passion for great French pastry during demonstrations and conferences.

Philippe has, however, remained a true artisan at heart, a pastry Chef who likes nothing better than “getting hands-on” and doesn’t hesitate for a second in sharing his passion and savoir-faire. He has also been Technical Director at La Compagnie des desserts since 2011, something which has given him the opportunity to experiment and put his talent to good use in researching tastes and flavours. His reputation means that he is sought aer both in France and abroad to create pastry masterpieces for ceremonies and events.

A natural leader and highly respected professional in his field, in 2003, he was nominated to be President of the One of the Best Craftsmen in France (Meilleurs Ouvriers de France – MOF) pastry Chefs, a position he still holds today.

In addition to his many commitments, Philippe has, for a number of years, dedicated a large amount of time and effort to revisiting and enhancing a traditional French pastry: the profiterole. He showcases the profiterole in a work available in bookshops. A book on the fundamentals of French pastry, where he reveals all his secrets, along with a number of other

One of the Best Craftsmen in France (Meilleur Ouvrier de France - MOF) pastry Chefs, will hit the shelves in October 2016.

During his speech to pastry graduates, Philippe Urraca declared them with emotion:

You can already be proud of your choice, work with pleasure, passion, sharing. That is what you will experience in your career.