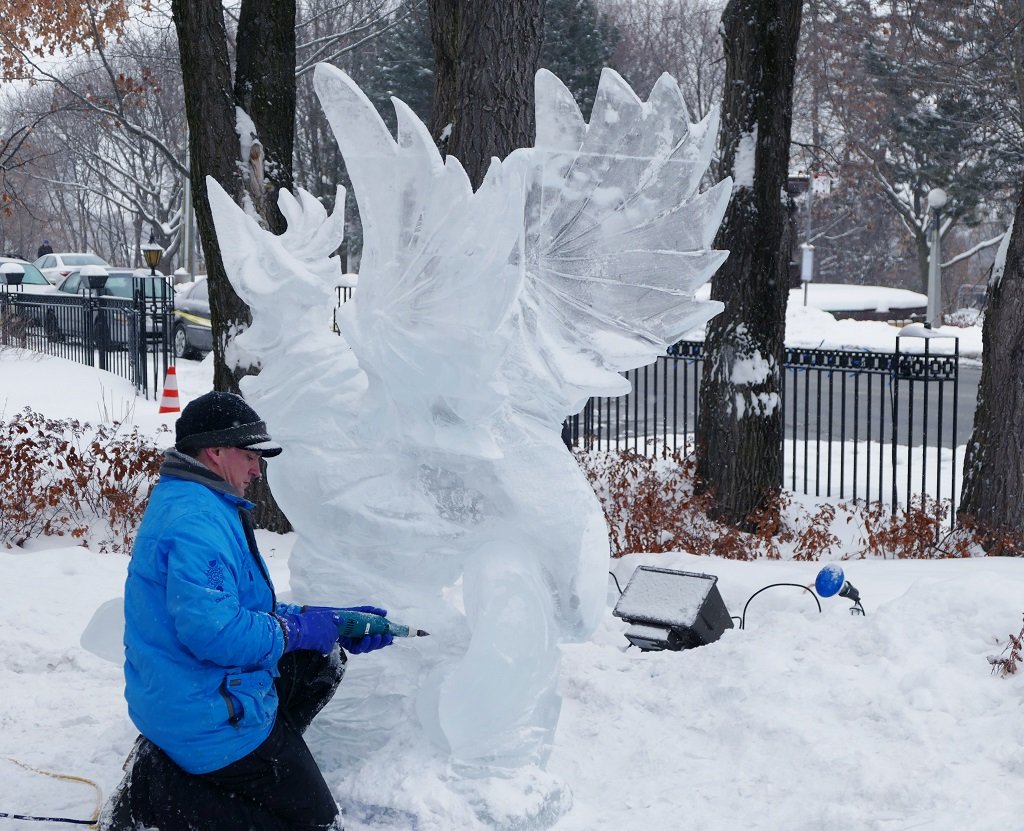 Over 80 pastry enthusiasts attended Chef Herve’s pastry demonstration on February 10, 2018. The demonstration, which featured a chocolate bonbon recipe, was also viewed via live stream on Facebook by over 2000 people around the world.

Following the demonstration, guests were invited to join guided tours of the school, the teaching kitchens, demonstration theatres, and Signatures Restaurant. Over the course of the day, guests watched as award-winning master sculptor, Chef Nicolas Jordan worked his magic for 7 hours sculpting a magnificent 7 feet tall mystical creature out of ice. The sculpture sits at the entrance of Le Cordon Bleu Ottawa and is lit so it can be admired at night.

Each year, Top Choice Awards’ recognizes “business excellence” in a variety of industries and cities across Canada. The Award is based on reviews from ...

Michelle Dahdah is the Head Pastry Chef behind Quelque Chose Pâtisserie, Ottawa’s trendy macaron shop with locations in Westboro, Vanier, and soon to be the ...