Sayer Street, the next big food destination in London

It’s probably not the soft opening the second largest regeneration project in London’s history was hoping for. When Elephant Park, a £2.3 billion project in Elephant and Castle started in 2010, few could have imagined a pandemic would grip the world a decade later.

But Sayer Street, the food district at the heart of Elephant Park didn’t delay the opening of its restaurants in 2020, and most stayed open, providing takeaway and deliveries. 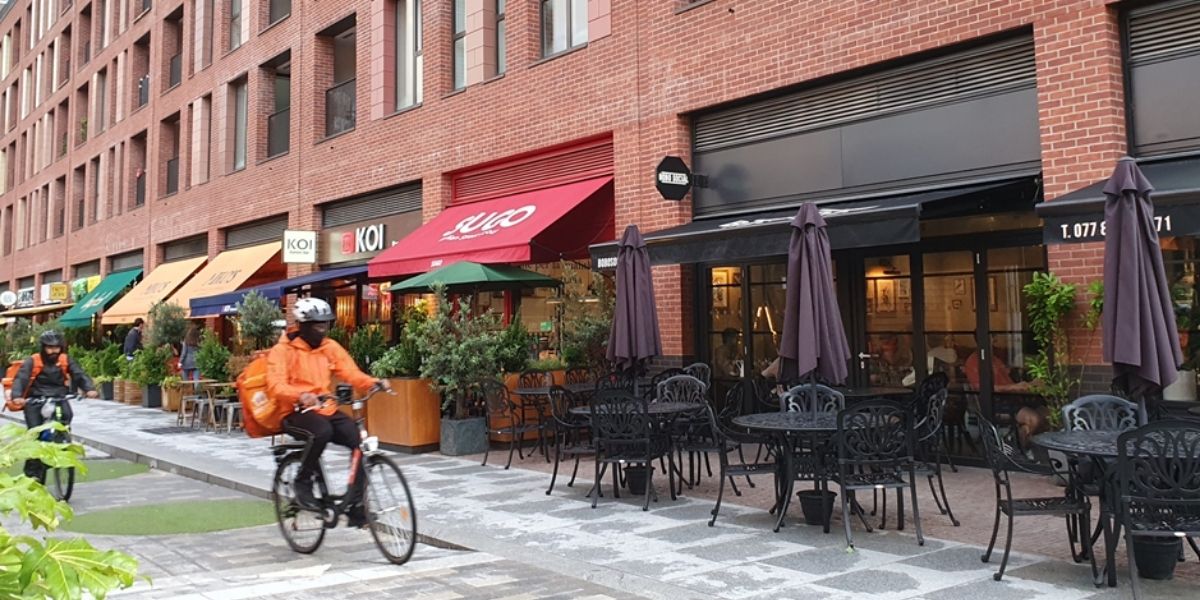 As London starts to open up, locals are now using Sayer Street as a community hot spot for social gatherings are meetup. BoBo Social relocated from Charlotte Street in Fitzrovia to Sayer Street in early 2020 with its small plate and cocktails concept. Sustainable and seasonable ingredients from the very best suppliers are reflected in the menu which also includes its famous peanut butter burger with cheddar, maple-cured bacon, and peanut butter, served in a buttermilk bun.

“BoBo is a great spot, ideal for anything from breakfast to lunch to dinner. It’s fantastic to see such versatility in a restaurant” says local resident Ross Murthy, “It’s also very dog friendly, our cocker spaniel nearly likes going more than we do!” 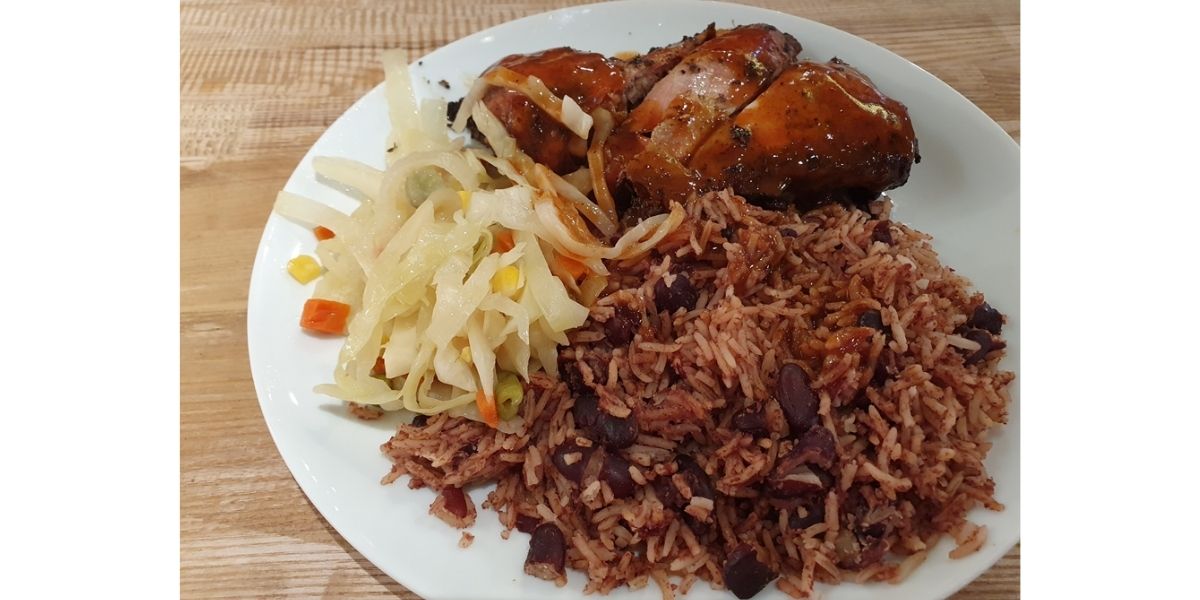 Tasty Jerk is Jamaican street food inspired by family recipes which opened its doors on Sayer Street in December 2019. The chef and co-owner Rayon, uses recipes from his grandmother. The signature Jerk Chicken is a traditional Jamaican dish consisting of grilled chicken marinated in a spicy sauce made from thyme, garlic, ginger and scotch bonnet, and is served with rice, beans and salad. 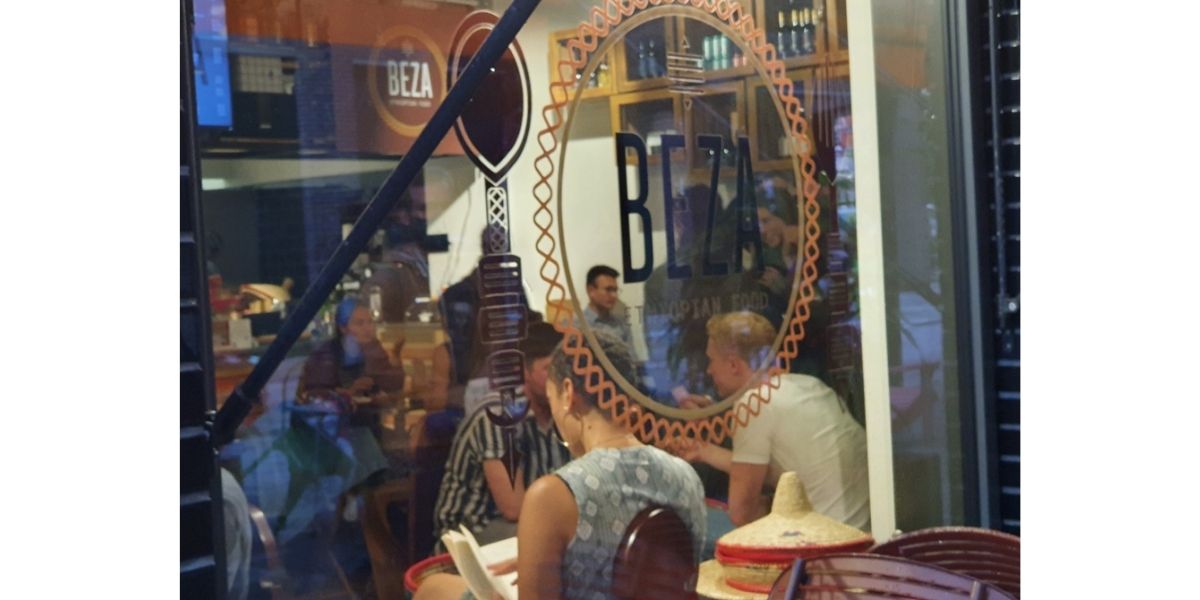 There are not many vegan restaurants in London, and even fewer Ethiopian restaurants. Beza, located on 8A Sayer Street specialises in traditional Ethiopian Vegan food. Its menu is great for sharing, with delicious and healthy dishes. Some of the stand out dishes include Misir Wot -red lentils cooked with red onions, garlic and Ethiopian berbere spices, and Spinach Gomen Wot – spinach cooked with red onions and garlic. 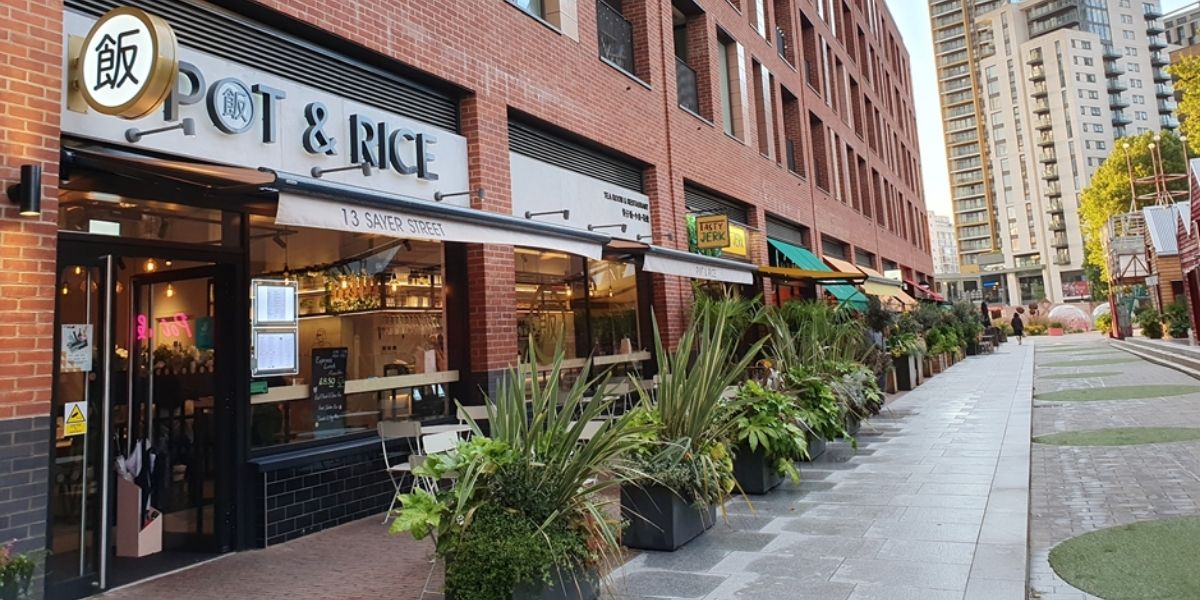 Pot and Rice serves traditional clay pot rice from the southern region of China. Rice is cooked in the same clay pot as the meat and vegetables, giving the rice many different textures – soft in the middle, and scorched rice on the bottom and around the pot. The traditional Chinese sausage and chicken clay pot is particularly flavoursome and worthy of trying.

And there’s more coming at the end of the year too. Sayer Street will soon welcome to its doors MM Factory, from the producers of Mercato Metropolitano which is located on Newington Causeway, close to Elephant and Castle station. The sustainable community market will serve freshly prepared artisan meals from its deli, and a grocery store offering organic world products, and fresh pastries to accompany ethically sourced coffee.

With so much diversity and fresh produce, and being in such a convenient central location, Sayer Street is primed to becoming the new food destination in London.

About the author: Wing-Lee Chan works in Finance, and is a passionate foodie and wine enthusiast. She has cooked for many charities including Crisis for Christmas, and cooked alongside celebrity chef Aldo Zilli at an Action Against Hunger event. Wing has studied the WSET Level 3 Awards in Wine, and taken several courses at Leith Cookery School, Ashburton Cookery School and Le Cordon Bleu to hone her cookery skills and increase her knowledge on food. Most recently, Wing completed the Food Writing for Publication course at Le Cordon Bleu which has helped kick start her journey as a freelance Food and Wine writer.