Why We Need to Talk About Food Waste 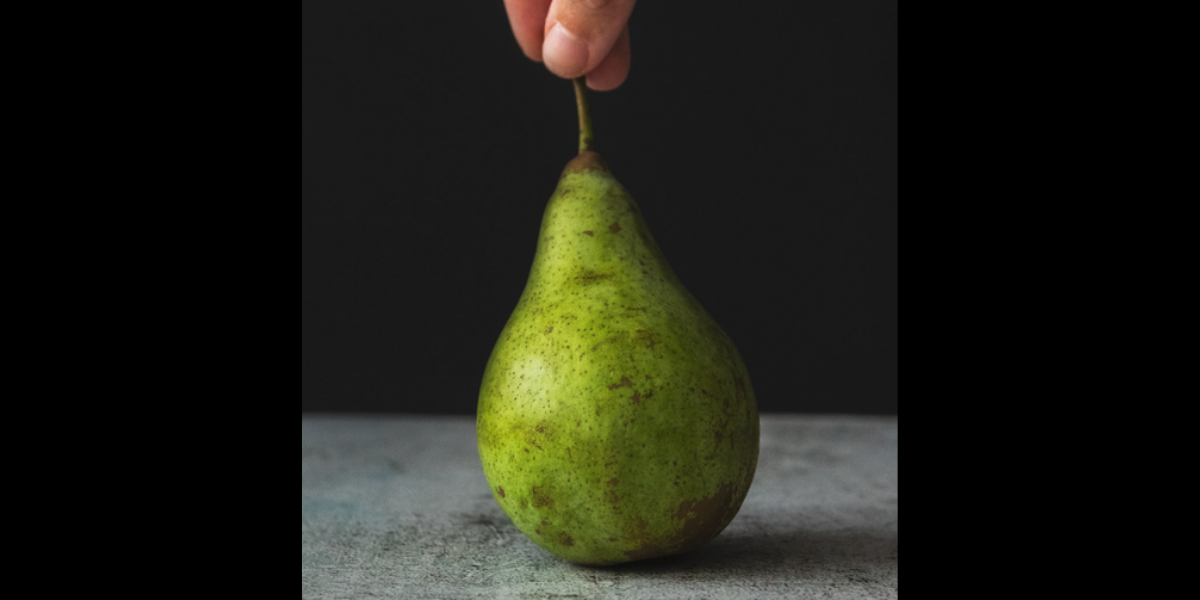 New research highlights the scale of the problem that exists within our own homes.

“Granny, these expired in 1992!” I exclaimed aghast, clambering back out of the cupboard and clutching the tin of beans aloft like some kind of radioactive time bomb. It was 2006. “They’re older than me!” added my youngest sister, giggling. “It’s all tinned dears, they don’t go off” she replied in a calm, rationalised manner, taking the tin and placing it back on the shelf.

My grandmother had lived through The Second World War, and the regime of rationing had left its indelible, permanent mark. In her kitchen, food was both a scarce and finite resource. Nothing was wasted and best before dates were wilfully ignored. But these days, in our age of plenty, we are no longer the frugal hoarders we once were. Instead, we are throwing away food at an alarming rate.

Newly published figures this month by the UN environment programme’s first Food Waste Index report estimate that 17% of total global food production is wasted, equivalent to over 900 million tonnes. And the shocking statistic not truly understood before now, is that the overwhelming majority, 61%, comes not from restaurants, but from people’s homes. In the UK, this averages out at 77 kg of food that is wasted per person per year.

This isn’t just bad in terms of food wastage, it also has a dramatic and lesser-known impact on the environment. Inger Andersen, Executive Director of the UN Environment Programme writes that “if food loss and waste were a country, it would be the third biggest source of greenhouse gas emissions” after the US and China. And yet reducing food waste seems to be little discussed as a major solution to reducing emissions.

A cursory Google search for how to reduce my own carbon footprint highlights energy use, transport, recycling, and planting trees as the most prominent topics, with no mention of not throwing away cheese past its sell-by date. But if we are serious about reducing emissions and meeting sustainability targets, the figures above are a forewarning that food waste needs to be much more prominent in the public agenda. Zero-waste restaurants might grab headlines, but the dial will only shift if domestic consumers change their behaviour.

So how do we shift the modern consumer’s attitude to waste? Food safety has moved on and as much as my grandmother might approve, hoarding tins decades past their use-by dates is not a policy any experts would now advise. Socially we have also moved on. Food, like fashion, now follows trends. Where once we were happy to eat a relatively consistent diet, we have now become accustomed to eating Italian on a Monday, Vietnamese on a Tuesday and Mexican on a Wednesday, all of which require different ingredients. The more we buy, the more we are likely to waste. But, like fashion there are signs emerging that consumers, producers and retailers are beginning to edge towards a more sustainable approach.

One way producers are significantly starting to help is through tackling confusing food labelling. The UK’s Waste and Resources Action Programme (WRAP) estimates that two million tonnes of food thrown away each year from our own homes is due to it not being used in time. However, a baffling array of differing date labels mean many consumers are wasting good produce unnecessarily.

The two most widely confused are ‘use-by’ v ‘best before’ dates. Products usually show one of either of these, and whilst they both mean very different things, they can appear extremely similar to the untrained eye. ‘Use-by’ dates are important to adhere to as they show the date after which food becomes unsafe to eat. ‘Best before’ dates however, sometimes shown as BBE (best before end), are exactly as they appear on the tin. They merely highlight the date before which food is at its best — after this date food is still perfectly edible. In theory, as The Food Standards Agency states, use-by dates are about safety, whilst best before dates are about quality. In reality, though, it is not always so clear-cut. With no policy framework to be adhered to, there are often products that show a use-by date that are perfectly safely edible after this point.

The milk brand Arla made the switch from ‘use-by’ to ‘best before’ in 2019 and are now backing a campaign launched earlier this year by the food-sharing app Too Good To Go. “Look, Smell, Taste, Don’t Waste” has signed up over 20 brands including other big names Nestlé and Danone to pledge to change their labels in a similar way where safe to do so. Brands are also adding “Look, Smell, Taste, Don’t Waste” labels to their packaging to encourage consumers to become less reliant on dates. As Adam Grant, Regional VP Danone on the campaign website says, “As our yoghurts are still safe to enjoy after their Best Before Dates, we’re encouraging consumers to use their senses to avoid needless waste”.

Better labels are key, but so too is increased awareness of how to prolong shelf lives at home. And we don’t all need to become fermentation experts. In most of our homes, we already have an extremely efficient method of preserving food, the freezer. And yet, take bread. In the UK, bread is the number one food waste culprit. The 2018 “Make Toast Not Waste” campaign aimed to encourage freezing then toasting in a bid to reduce the 24m slices of bread thrown away in the UK every day.

The good news though, is that during the pandemic, more and more of us have been discovering the preserving power of our freezers. Ian Farquhar, a 39-year-old Programme Manager from London, told me he had started freezing chillies in a bid to use more of what he had. “It had never occurred to me before, but I found the tip online and they’re actually easier to chop up and use when slightly frozen. There’s so much more that you can freeze than people realise.”

And it’s not just increased freezing that has changed over the course of this last year. Emerging research suggests that lockdowns have started to shift our habits in other ways, through a combination of a rise in home working, food shortage scares and reduced shopping trips.

The Waitrose 2021 Food & Drink Report found that seven out of ten now say they sometimes eat last night’s leftovers for lunch. WRAP also says people have been planning their shopping and their meals more carefully. As Ian says, “due to wanting to limit the number of times I went out, I found I had to think about how to make the most of what was available at home”. Additionally, his shift from working in the City to home resulted in fewer opportunities to swing by shops to pick up last minute provisions. Sam Connacher, a 28 year old civil servant echoed this. “Before lockdown I’d shop every day. Now I plan meals for 1–2 weeks and do a big shop.”

Whether these trends will sustain once restrictions ease and life outside of the home begins again is unclear, but a research project at Leeds University is underway to find out. Run in conjunction with WRAP and Zero Waste Scotland, its findings could be pivotal in maintaining some of the 34% self-reported reduction in food waste during the first national lockdown of 2020, as it aims to determine how these changing consumer behaviour shifts could be used to help encourage more sustainable attitudes. 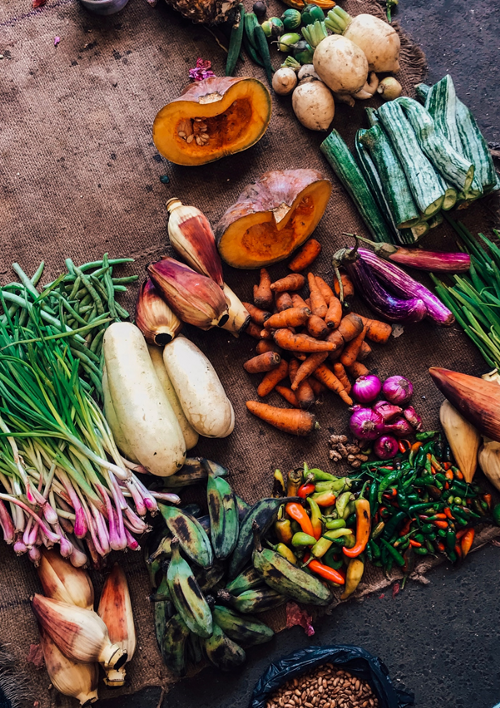 Understanding differing attitudes to food waste between generations could also be crucial for future planning. The Waitrose report found that 91% of over-55’s who tried not to waste food during the pandemic will continue to do so, but only 75% of 18–24 year olds say they’ll do the same. This shows that awareness on food waste needs to start from a younger age.

As the European leader on food waste reduction, Denmark starts its education in schools with a programme run by the food waste pioneer Selina Juul’s organisation “Stop Wasting Food”. Juul’s organisation has been pivotal in raising awareness on food waste, but the government has also made it a priority, offering subsidies to projects that tackle waste. And Denmark’s results show that huge reductions are not only realistic, they can be achieved in a relatively short time scale. In 2015 the Danish Agriculture and Food Council reported a huge 25% food waste reduction in just 5 years.

Back in our own homes, one of the simplest solutions to reducing our waste could simply be to share. Through food-sharing apps, it has never been easier to find new homes within our communities for unwanted produce. After all, one man’s trash can be another man’s treasure. As an avid user of the community based food-sharing app Olio, Sam says, “I’ve realised that someone else will find a good use for almost anything.” It might be too late for my grandmother’s tins but there’s hope yet for mine.

About the author: Sophie Cripps is a Merchandiser, aspiring food writer and avid home cook based in London. Having grown up in both the rainy north of England and the sunny hot climes of the Middle East Sophie is partial to both a chip butty and a chicken shawarma. A big fan of eating everything that London has to offer, with the exception of bananas of which she has a strange, lifelong phobia. Her favourite food is cheese, and Sophie is a firm believer that a hot cup of tea goes a long way to solve any crisis.

Whether you are an emerging food writer or a seasoned restaurant critic, it can be easy to fall back on food writing faux paus which make your readers cringe. ...