Legumes: The Ancient Superfood of the Future 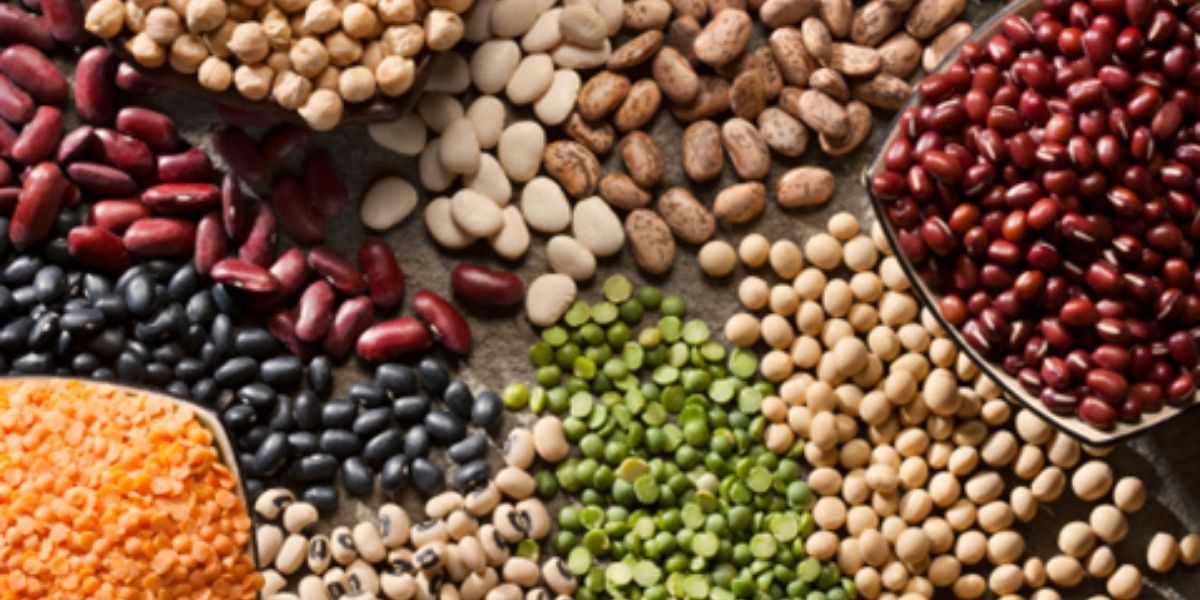 What on earth is Aquafaba?! The first time I heard that word, the thing that came to my mind was a new class in my gym's pool. Well, aqua = water, faba = bean. Simple as that. Yes, it's the viscous juice you probably rinse down the drain when you open a can of chickpeas! I don't blame you; I used to do the same. Who would have thought that the perfect egg replacement could be something as simple -and as unappetizing in appearance- as the thick liquid from legumes? It maybe has something to do with the fact that it's one of the cheapest, broadly available and sustainable sources around. All you need is a can or packet of legumes. Soaking the brine from the can is the easiest method to obtain it, though slowly cooking dried beans in water for a few hours will give you similar results. Even the water from packaged peas or tofu is aquafaba. In the vegan field, it's become the ´Holy Grail´ to making a wide range of adapted recipes, including airy meringues (recipes can be found at https://www.vegansociety.com/news/blog/20-amazing-things-you-can-do-aquafaba).

Legumes are a very healthy food that should gain more presence in our diet. Since the beginning of human time, they have been part of all culinary traditions and the star in some of the most popular dishes of the best gastronomy. Dried legumes have been called historically "the meat of the poor" a derogatory designation in the sense that they constitute a second-class food. Legumes have historically been associated with the idea of poverty compared to the consumption of animal meat, a symbol of wealth. This association comes from ancient times, becoming familiar in ancient classical Greece. This is why in Plutus (“Wealth”) by Aristophanes, one of the characters comments, speaking of a newly rich man: "now he no longer likes lentils."

In the current times, experts have long recommended increasing legume consumption, not only for the health of human but also for the health of our planet. Even the United Nations (UN) has recognized its strategic importance for humanity. In 2019, the UN General Assembly proclaimed February 10th as World Pulses Day, seeking to educate the public about the nutritional advantages of their intake as part of sustainable food production.

The first thing to be clear about is what legumes (also known as pulses) are. They are defined as dry seeds of the Fabaceae or Leguminosae family. While some pulses you may know well, such as chickpeas, dried beans or lentils there are others that you may not realise belong to this group but are also widely used around the globe. Some examples could be peanuts, lupins, carob, dried peas, or soybeans. (Check for a more detailed classification and worldwide recipes in the following book http://www.fao.org/3/i5528e/i5528e.pdf). 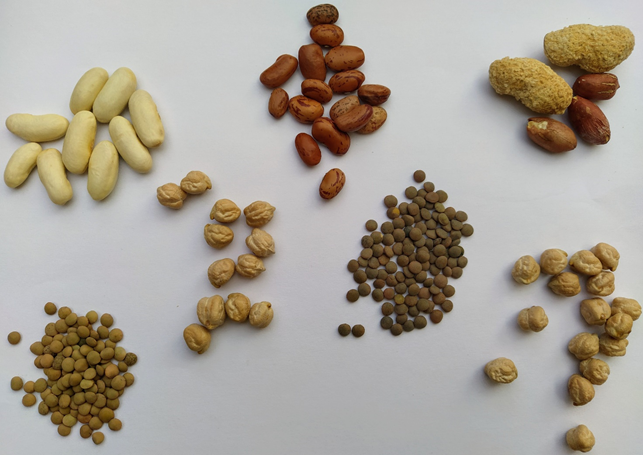 What makes pulses considered health ambassadors? We can describe them as superfoods due to their composition, they are one of the main and most affordable sources of plant-based protein and amino acids and contain a large amount of fibre, iron, potassium, antioxidants, and folate. In parallel, they have a low or no content in those components that experts recommend limiting, such as saturated fat, cholesterol, and sodium. Among the many benefits of pulses, what stands out is, their ability to help control weight, prevent type 2 diabetes, improve cardiovascular health or even help with constipation!

However, pulses are often under-utilized, and many people express a lack of confidence in how to cook them. Currently, the strategic response to increasing its presence in the diet includes the collaboration between scientists and the food industry in designing new products based on legumes. Their precise composition turns them into ideal ingredients for improving the nutritional quality of foods, giving them a lower glycemic index, an excellent antioxidant profile, water retention and fat absorption capacity. Moreover, they do not contain gluten and are an excellent alternative for people with coeliac disease. For example, chickpea flour can be used to produce gluten-free bread, improving its nutritional and organoleptic characteristics (the aspects of food as experienced via the senses, including taste, sight, smell, and touch). Not only that, but legume flours are also used to design new healthy snacks, alone or in combination with cereal flours, being used as a strategy to fortify our recipes. Other applications are curd and milk substitutes intended for lactose intolerant, among others.

What else can you ask for from these tiny seeds? Why are they an essential contribution to the future? Legumes play a crucial role in the planet's sustainability since they generate valuable benefits in the land they are grown. They can produce a large amount of protein and carbohydrates with fewer resources. The new generations are gaining awareness that eating better must mean having food that is appetizing, suitable and sustainable. Pleasure must align with health and sustainability. Legumes fit the bill: they are appetising, nourishing and respectful with the environment.

Legumes are grown in a rotation system, alternating their cultivation with cereals, increasing the biomass of the soil and reducing the risk of erosion and soil depletion. In addition, as the expert Eduardo de Miguel from The Global Nature Foundation, point out: "legume crops are able to fix nitrogen in the soil, which is a report of natural nutrients that avoids the use of artificial fertilizers and its consequent polluting action." They do not need as much water either, most of them can adapt their cultivation in arid or semi-arid lands that are not very productive; they can therefore be cultivated in places where water is not abundant.

Inclusion of legumes in Haute cuisine

It is more and more common to find products as tofu, tempeh, or textured soy protein in the market as an alternative of meat with a similar consistency, texture, and flavour. Gastronomy lives in constant evolution. Periodically, it looks at the environment and is renewed with the products available. Invisible and anonymous foods come to life and prominence. Create. Reinvent. Update 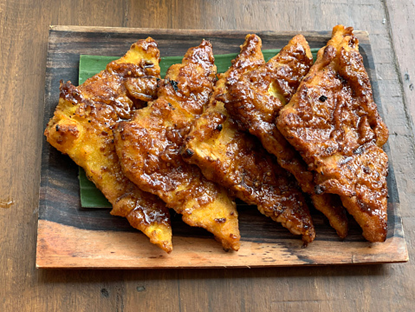 The haute cuisine with legumes is the result of this renovation. They are simple, cheap, broadly available and a sustainable source of protein. However, for a long time, they were anonymous and only used in family kitchens or low-key restaurants. Some chefs and institutions are trying to change this. It is already common to find dishes with these foods on the menus, of many high-end restaurants. This new movement has shown that legumes can satisfy the most demanding palates.

From the opulent banquets of Mesopotamia to the exciting creations of today's chefs, there has been an exciting evolution. The Egyptian pharaohs ate ful medames, a famous Egyptian breakfast made with dried beans cooked, mashed, and garnished with spices. Later in the Roman Empire, the gastronomer Marco Gavio Apicio dedicated an entire chapter to dried legumes in his cookbook De Re Coquinaria. The Romans used lots of herbs and spices in these legume dishes creating recipes that 20 centuries later are still delicious for our palates.

In the creativity of many chefs worldwide, they have broken old historically established barriers regarding what a luxury restaurant should be. The stimulus is no longer the economic value, showcasing foods such as caviar, champagne, and oysters. Rather, the gastronomic value has now taken centre stage. Or, as Ferran Adrià (owner of the legendary el Bulli restaurant) said: "a good sardine is worth more than a bad lobster." This new trend in international haute cuisine has opened up an incredible range of possibilities. Chefs are encouraging themselves to try different combinations, and they get dishes of the highest level.

One of the most successful techniques in contemporary cuisine has been the foam siphon that allows the creation of light and airy textures from any ingredient. Did you know that the first foam that Adrià made was made with beans, along with its own cooking water and a little gelatin? He served it in el Bulli. Another example is the use of the cooking broth or aquafaba by the chef Joan Roca, El Celler de Can Roca, which he used instead of traditional meat stock and providing special notes to the dish. Other chefs like Massimo Buttura, from Osteria Francescana, has dared to compare legumes with caviar and show how they can not only be healthy, economical, and sustainable, but also the luxury of the 21st century. (Picture 2)

Another recipe that worth highlighting is the legume beer proposed by Andoni Ruiz Aduriz, the head chef at Mugaritz. In his case, he presents a recipe with chickpeas and dried peas. First toasted and then cooked. Then add soy lecithin, which will be responsible for providing the foam when served. These and other recipes can be found in the book "The kitchen of legumes by Alicia Foundation (https://www.amazon.co.uk/legumbres-Alimentaci%C3%B3-Ci%C3%A8ncia-Fundaci%C3%B3-Privada/dp/8408161857 ).

Referring to this last recipe, it is worth mentioning that the sale of beer made from lentils has increased modestly in popularity in recent years. However, It's still unfamiliar to many people, even some in the pulse industry. The Canadian company Rebellion Brewing was one of the first to dare launch Lentils Cream Ale in late 2015. Australia's first lentil beer has been released by Lobethal Bierhaus, a craft brewery in the Adelaide Hills, in 2017. The brew follows a collaboration between AGT Foods' Canadian parent company and Rebellion Brewing Company. Their beer contains at the rate of 30 per cent lentils and 70 per cent barley and has had a great acceptance. Lentil’s ale has an aromatic and slightly earthy taste. The mouthfeel is dry and smooth, moderately bitter floral and subtle spice flavours with a medium carbonation level.

So as you can see, there are so many benefits to the growth and cooking of legumes, that I have barely scratched the surface of these superfoods…so next time you open a can of beans, think twice about dumping that water!

About the author: Pilar Pérez, is a Spanish Food Technologist & Nutritionist. Having moved to the UK 4 years ago, working as a food developer for a manufacturer of Herbs and Spices. In the past 10 years, Pilar has been working as a dietitian and food technologist. Currently Pilar is motivated to follow her dreams. She is looking forward to keeping her ties to the kitchen but also teach and continue with her writing.

Jeff Chouw is the Head Photographer for Marina Bay Sands Singapore, specialising in commercial food and beverage photography. Following his completion of Le ...

As London starts to open up, locals are now using Sayer Street as a community hot spot for social gatherings are meetup. BoBo Social relocated from Charlotte ...