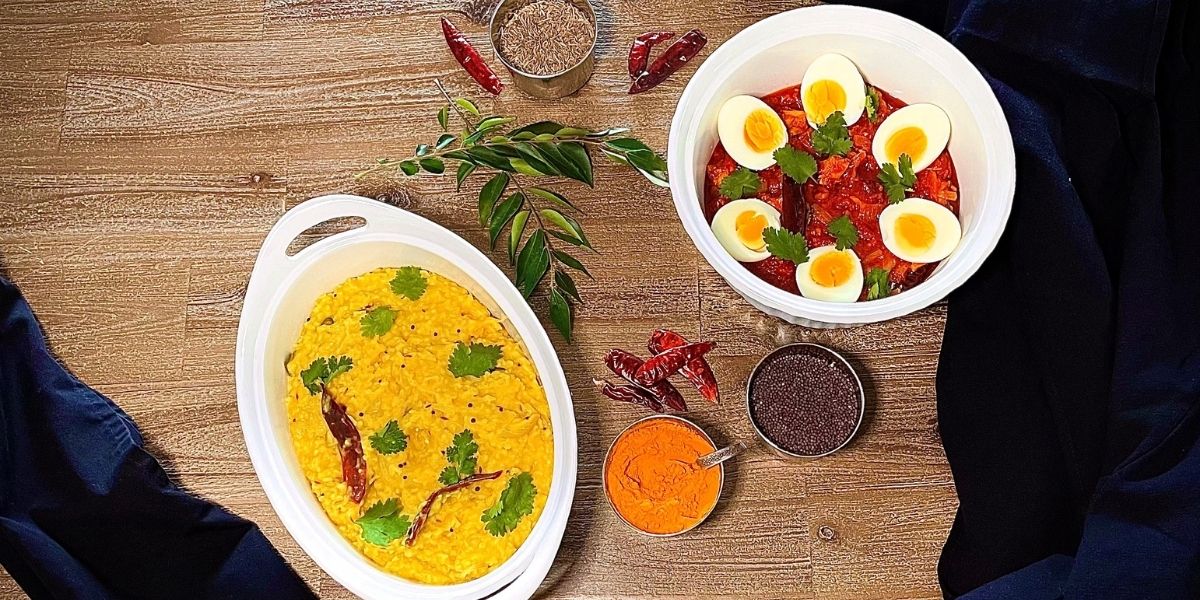 When indentured labourers first arrived at the port of Natal, after a 45-day journey from the South of India, they were dispersed along the coast of KwaZulu-Natal to work on sugar cane plantations owned by the British. A total of 152,184 Indians were shipped to South Africa from 1860 to 1911. On a five-year working contract, they were promised a better life: decent working conditions, adequate housing, clothing and medical care. But instead, they were met with adverse conditions, betrayal, and abuse comparable to slavery.

Labourers were given rations of yellow split peas (known as dhal in Hindi), dried fish and oil sporadically. Meat was too expensive, but fish, salted and dried, was satiating even in a small amount. Rice, an essential ingredient in South Indian cuisine, was challenging to grow due to the South African climate and a luxury. But maize was in abundance.

Once ripe, plump, white kernelled maize was left to dry in the field until the moisture content was reduced to approximately 14% or less. It was then harvested, and using an ammikkal (a grinding stone in Tamil or a worral, a tall standing mortar and pestle), it was pounded into a fine grain, where the husk and heart have been partly removed. After slow-boiling, the grain resembled short grain starchy rice— mealie rice.

This humble grain was a rice substitute and was used to make breyanis and kitchari— a dish made of rice and dhal which inspired the Anglo-Indian kedgeree— and braised with turmeric and butter and served with tinned pilchards.

There was a time when mealie rice, trotters and cabbage were the only ingredients that a South African Indian could afford. Because of the visceral relationship with food and memories, food eaten can take one back to a time when one would rather forget. I understand this, but we need to acknowledge the past and its hardships impregnated into this grain and the South African Indian community's food heritage, celebrate it and our journey. And although Western food has influenced the diets of South African Indian's we must acknowledge our creative cuisine borne out of necessity that is comforting, elevated and sophisticated.

The conditions that have forged mealie rice may be long gone, but it should not be forgotten.

A dish that encapsulates the time and struggle is mealie rice kitchari served with dried fish and boiled eggs.

Here is my recipe:

In a large pot, on medium/high heat, lightly brown onions in oil, then add dried chillies and leave to blister for a few minutes.

Drain the mealie rice and add to the spiced dhal. Reduce heat to low to allow the grain to absorb the dhal turning it a sunshine yellow.

While the rice slowly bubbles, add the water and salt.

Once the rice is tender and has absorbed the dhal, recheck the seasoning and stir through the butter.

Soak the fried fish in warm water to remove excess salt, and flake it into large pieces.

In a large saucepan, on medium/high heat, fry dried fry until edges begin to brown.

Add tomatoes, and season with salt and sugar and simmer on medium/low heat until tomatoes disintegrate, forming a thick chutney with a thin layer of glossy orange oil over the top.

Garnish the dish with boiled eggs and sprinkle with coriander.

An economical meal to feed many mouths, this golden kitchari mealie rice with a crevice filled serving of spice imbued dried fish chutney.

About the author: Kevoulee Sardar, tired of not following her passion, quit her job in the tech space and has recently qualified as a pastry chef. She runs a small business baking and cooking for events. When she is not in the kitchen, she is busy reading cookbooks like novels. Her dream is to be a food and recipe writer and change the way we think about food culture and its constructs.