Battenburg or Battenberg — it’s the taste that counts for this teatime treat. 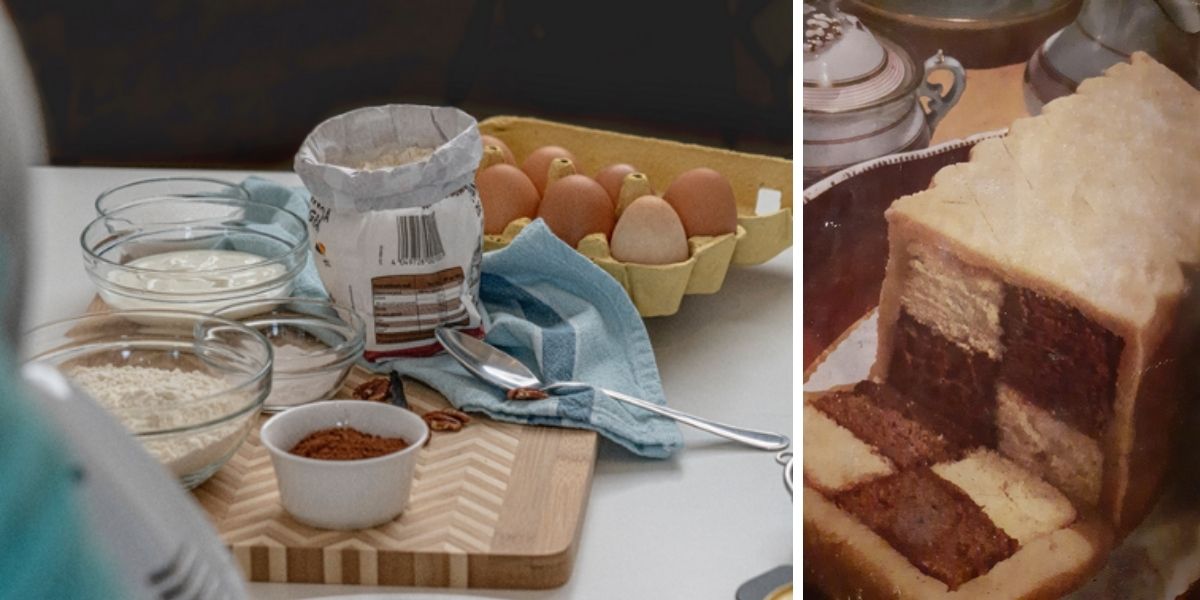 Nothing about Battenburg cake appears to be simple – even the name can be Battenberg or Battenburg. Do you use Genoese or Victoria sponge for the squares? Should there be four squares or the original nine? Read on to find out more….

This staple of many prestigious British afternoon tea venues is rumoured to have been created in honour of the marriage of Queen Victoria’s granddaughter Princess Victoria to Prince Louis of Battenberg in 1884. Many of us are familiar with the supermarket product – a small, mass-produced, brick shaped, plain oblong of pink and white sponge, wrapped in marzipan. The above photo (Good Housekeeping’s Picture Cookery, 1953) shows a more traditional, handmade version, albeit with a chocolate and vanilla colour scheme. Early recipes differ in the spelling of Battenberg, but nowadays the name has become standardised to Battenberg. The town in Germany from which the cake takes its name is spelt this way, the meaning of berg being mountain, rather than burg which is German for castle. The Battenberg family later changed their family name to the anglicised Mountbatten.

The first recipe seems to come from 1898 by Frederick Vine in the book, Saleable Shop Goods. In 1903 a version appeared in A.G. Bromley’s Book of Cakes. These early versions had nine squares and were made of pink and white Genoese sponge (FoodHistoryJottings.blogspot.com).

In the North of England, the cake was known as church window cake and another cake called Neapolitan roll, made from pink and white sponge wrapped in marzipan and dusted with desiccated coconut, also appears at a similar date in 1898.

The recipes available today use Victoria sponge for the recipe rather than Genoese. I would suggest this change to four squares of Victoria sponge came about as the cake became more popular and was being mass-produced in factories. Four squares in Victoria sponge would be easier to produce on a large scale than the more complicated nine squares of Genoese sponge. After the Second World War, once rationing had ended and ingredients were easier to obtain, the recipe began to appear in British cookery books, such as Good Housekeeping.

This Battenberg recipe is adapted from Good Housekeeping’s Picture Cookery (1953) and is the one I use myself:

Cream together the fat and sugar and beat in the eggs. Sieve the flour and salt and add to the creamed mixture, adding enough milk to give a dropping consistency. Divide the mixture into two portions, adding a few drops of vanilla essence or extract to one half, and the cocoa or pink food colouring to the other half. Bake in two greased loaf tins in a moderate oven, gas mark 5 (190 C, 375 F), for about 30 minutes. Cool on a wire rack.

Then, when cooled, trim each sponge into a rectangle by trimming the outside edges. Cut each cake in half lengthways. There should be 2 pink/chocolate and 2 white pieces, 8-9 in (20-22 cms) long and 1.5 in (4 cms) square at the ends. Spread the strips of cake with warmed jam and put them together, pressing the pieces together firmly. There should be a square end having pink and white pieces alternately. Roll out the almond icing into an oblong, long and wide enough to cover the cake, leaving the ends open. Trim the edges of the almond icing. Spread the top of the cake with jam and invert onto the almond icing, roll up firmly and join almond icing firmly. Crimp the edges and top, pinching between thumb and forefinger. Sprinkle with castor sugar, wrap in paper and leave for several hours. To decorate, mark the top of the cake lattice-fashion with a knife and top with glace cherries and angelica.

Add the sugar and almonds to a bowl. Beat the eggs lightly and add to the bowl, together with the remaining ingredients. Stir and mix to form a stiff paste to form a ball. Work and knead thoroughly.

There are many variations on the traditional teatime classic. Two of those I will be making are coffee and walnut Battenberg cake by Mary Berry (www.my192recipes.weebly.com) and lemon and pistachio Battenberg cake (www.deliciousmagazine.co.uk), but the possibilities are endless. Why don’t you have a try! 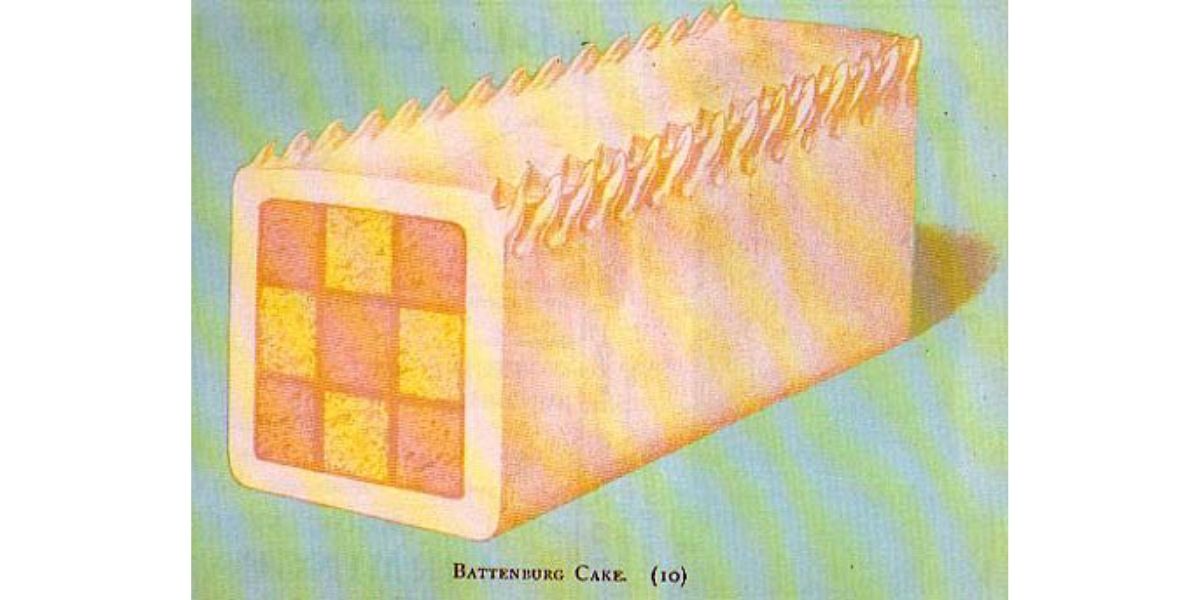 About the author: Isobel Parks is a freelance food writer and recipe developer based in Essex, England. Isobel’s interests include traditional British recipes for baking and preserves, a real passion for Italian food and history, which she also loves to write about. Additionally, she explores the history and culture of food, and cooking through her mother and grandmother’s recipes to find something delicious she can put her own signature on.

“Go on, Nanda! Grab those glasses that were left on the table with some wine and let’s drink!” My sister said to me. - What if Mom wakes up?! She will be very ...

What do Singaporeans actually drink? If a cup of tea is not the top beverage in the UK, what is? Find out what the number one drink around the world is and ...

When one thinks of Molitor Paris, the first thing that comes to mind is the iconic swimming pool. Built in 1929, the Art Deco pool attracted socialites from all ...