Is Multi-Sensory Experience the Future of Fine Dining? 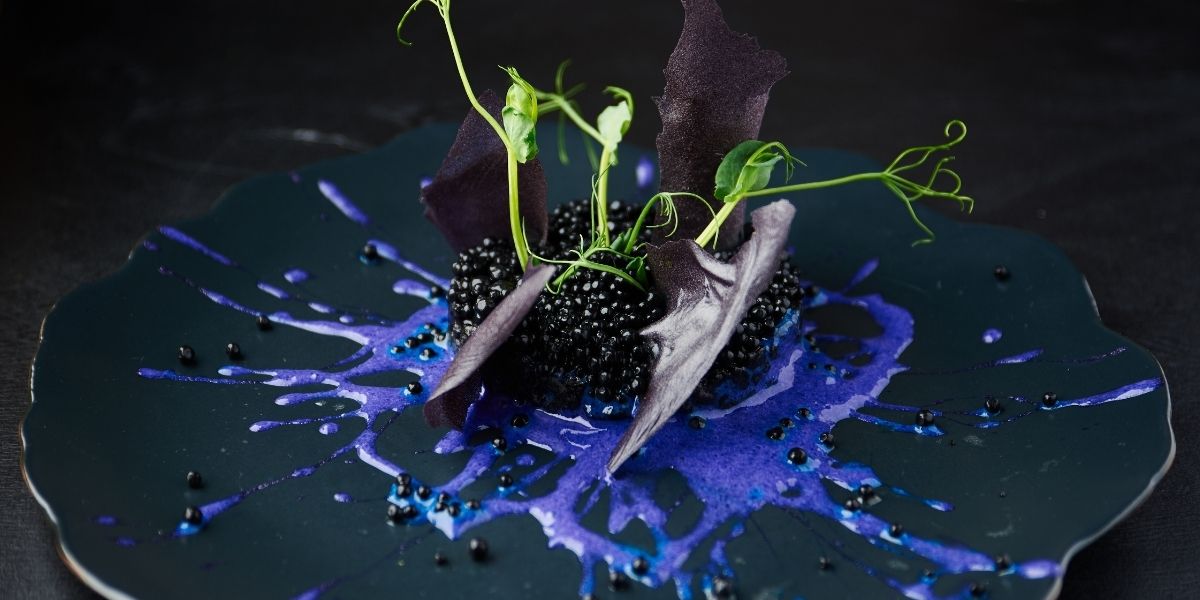 Cocoon-like dining spaces, mood-altering lights, fragrances paired with food — the haute end of the restaurant chain is simmering with multi-sensory intrigue. Le Cordon Bleu contributing editor Sona Bahadur explores the growing popularity of immersive gastronomic experiences that stimulate not just taste buds but all of the senses to heighten the pleasure of eating.

Can a lollipop evoke the same feelings as listening to Tchaikovsky’s 1812 overture? Can an edible version of a Jackson Pollock painting be created on the dining table? Can a loaf of heritage wheat bread bring alive the last supper prepared in Pompeii moments before Mt Vesuvius erupted and reduced the ancient Roman city to ashes? If you’re a multi-sensory cuisine enthusiast, you’ll know that the answers are yes, yes and yes!

The said Tchaikovsky lollipop made its appearance at a 2016 International Society of Neuro-gastronomy meeting; the heritage bread was recreated by British culinary wizard Heston Blumenthal as part of a meal inspired by the cuisine of Pompeii last year, and the Jackson Pollock-inspired dessert is just one among many of Grant Achatz’s genre-bending dishes for his Chicago-based restaurant Alinea.

Only a decade ago, such high-concept experiences would have been dismissed as flights of fancy. Worse, they would have elicited derision. A good meal should speak for itself, traditionalists would have scorned. Yet what was once just the simple pleasure of eating is increasingly becoming a curated, playful, often tech-aided spectacle that takes dining to new levels of enjoyment.

Although the act of eating is multi-sensory by its very nature, the notion that enjoying food and drink transcends taste and involves all of the five senses began finding wider acceptance during the 2010s. An increasing number of high-end restaurants are experimenting with smells, sounds, storytelling and other “off-the-plate” elements to manipulate the perception of flavour. From dining in the dark to 12-course culinary operas, from musical food pairings to high-tech “taste pods” that enhance the taste of chocolates, sense-stimulating experiences are all the rage. 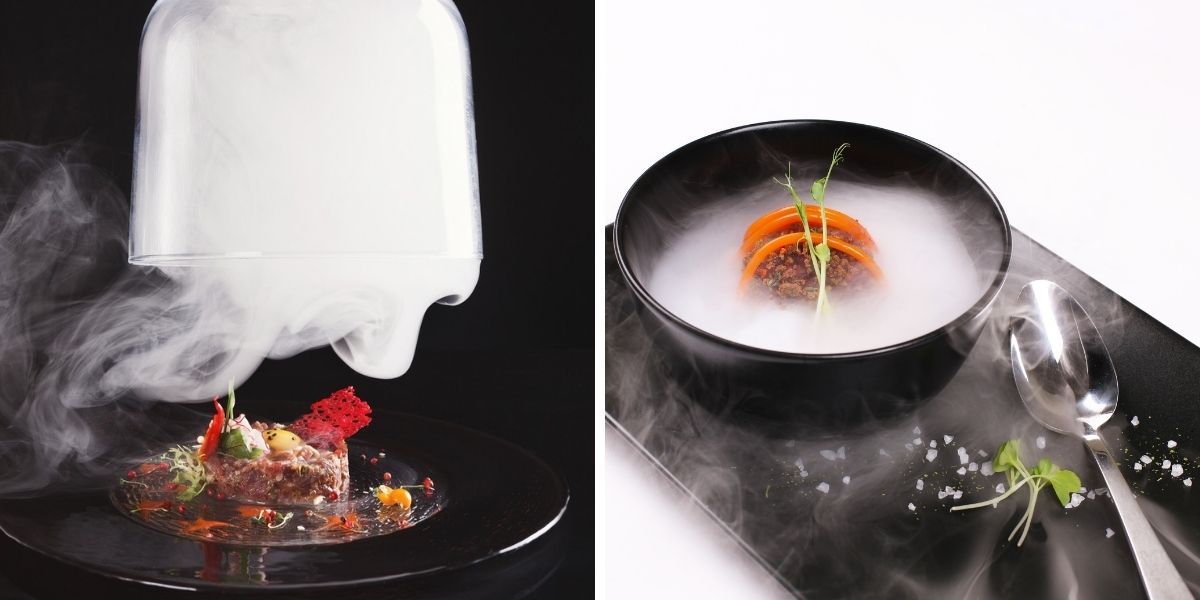 The science of flavour perception:

The popularity of multi-sensory dining owes in large part to the emergence of the science of neuro-gastronomy, which has helped unravel the complex multi-sensory brain processes that create the range of flavours we experience when eating and drinking. According to neuro-scientist Gordon M. Shepherd, our appreciation of what is in the mouth is created by the brain. Charles Spence, Professor of Experimental Psychology at the University of Oxford and author of Gastrophysics: The New Science of Eating, postulates a similar view. “I think we all assume that taste comes from our tongues….In fact, all of your senses are involved. Everything from the colour of the plate to the weight of the cutlery in your hands, from the background music to any ambient scent, as well as the lighting and even the softness of the chair you are sitting on.”

All the food world’s a stage:

What started in the lab segued into the kitchen. Blumenthal was at the vanguard of experiential dining. His Sound of the Sea, a plate of oysters, clams, seaweed and panko “sand,” which comes with an iPod tucked into a conch shell at the Fat Duck, is now regarded as a classic of multi-sensory dining. The iPod plays sounds of the ocean, waves crashing and children playing to conjure up feelings of nostalgia. Ferran Adria and Grant Achatz, who began serving menus that stimulate the senses a decade ago, have been equally influential. As the trend finds fans across the globe, more examples have emerged — Schloss Schauenstein in Switzerland, Ultraviolet in China, El Celler de Can Roca in Spain, and more.

The appeal of immersive cuisine:

Modern chefs are recognising that flavour is more potent than taste as it engages all the senses and can evoke nostalgia, reminiscence and emotion. Using audio and other sensory influences enables them to enhance the flavours of their dishes and make them more memorable. Curious, up-for-anything diners are just as hungry for enhanced dining experiences that play on all of their senses. What’s more, they are willing to pay a pretty penny for them. Witness the popularity of Ibiza’s Sublimotion, billed the world’s most expensive restaurant, where Michelin-starred chef Paco Roncero takes diners on a multi-sensory culinary voyage by fusing art, gastronomy and virtual reality. The phantasmagoric adventure comes at a price — a whopping $2,000 per meal.

A taste of the future:

The exorbitant price points of dining at multi-sensory restaurants put them beyond the reach of most diners, thereby limiting their appeal to a tiny but influential niche. Spending five hours eating a 17-course meal might not be everybody’s cup of tea. Yet there is no denying that theatrical, forward-thinking restaurants are here to stay. Neuro-gastronomy is still in its nascence and brings a lot to the table. As the field evolves and new studies emerge, practitioners of multi-sensory cuisine will take vastly different approaches to dining to accentuate their distinctiveness. Advances in technology coupled with an increasingly multidisciplinary approach to dining — think storytelling, augmented reality, virtual reality, robotics, opera, electronica, poetry, olfaction, performing arts, singing, painting, cinema, music — will continue to push the boundaries of the culinary arts.

Meanwhile, one can’t help but wonder what they will do to a lollipop next.