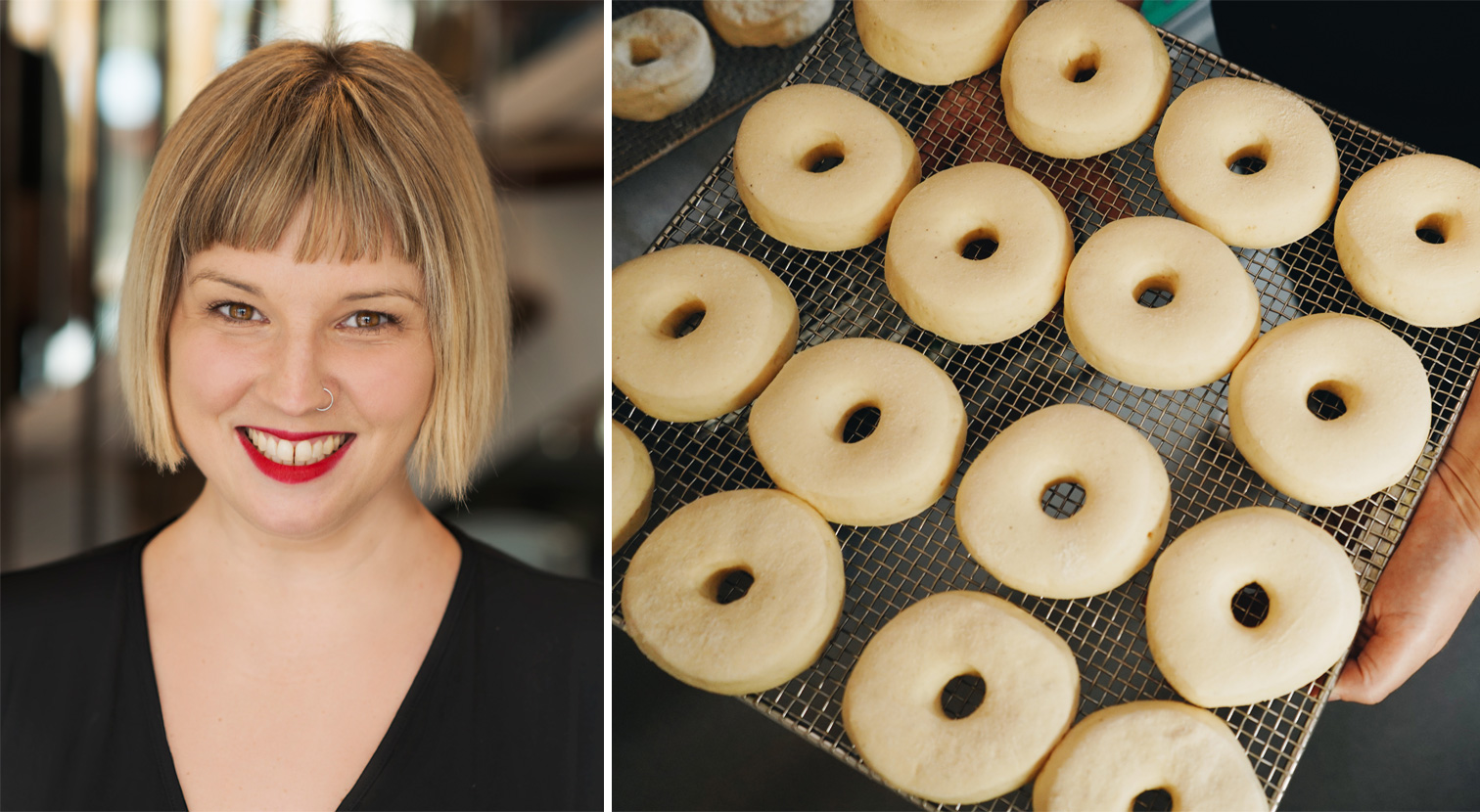 Originally from Washington D.C., Amanda Bankert studied pâtisserie in Le Cordon Bleu Paris. In 2012, the idea of opening her own establishment in the capital was born in her mind. Her objective was to stand out, so she opened Boneshaker Doughnuts in the heart Paris in 2015, at a time when "no one was making doughnuts in Paris yet". She tells us more.

My name is Amanda Bankert. I'm originally from Alexandria, Virginia but I have lived in Europe (Dublin & Paris) for the past 20 years. I'm the owner of two bakeries in Paris's 2nd arrondissement: Boneshaker Donuts & Coffee - France's first artisanal donut shop - and Boneshaker Brownie Bar


Why did you choose Le Cordon Bleu Paris?

I've worked in restaurants since I was 15. I decided to attend Le Cordon Bleu Paris because I wanted to learn the foundations of French pastry.


Could you tell us something which made a lasting impression on you?

My favorite part of the Le Cordon Bleu experience were the excellent Chefs Instructors. I had the amazing fortune to study under true masters of the metier.

Boneshaker has two locations: a donut and coffee shop at 86 rue d'Aboukir in Paris, and a "brownie bar" at 77 rue d'Aboukir. The donut shop opened in 2015 and it was the first authentic and artisanal donut shop in Paris! In 2022 we opened Boneshaker Brownie Bar: a temple to the traybake, where we showcase a rotating selection of sumptuous dark chocolate brownies and other handheld, American-inspired pastries, like lemon bars and cheesecake.

What do you like the most in your job?

The best thing about restaurant/bakery work, aside from the satisfaction of creating and sharing joyful moments with customers, is getting to meet everyone who comes into the shops. I love meeting new people and bringing a smile to people's faces with sugar and caffeine

What was one of the most important things you learned while studying?

"Don't eat all the cake trimmings."

How Le Cordon Bleu Paris helped you in your career?

Le Cordon Bleu Paris gave me a comprehensive understanding of the building blocks of pastry. It gave me the confidence to pursue my dreams and gave me the skills to enter high-level professional kitchens immediately after graduation.