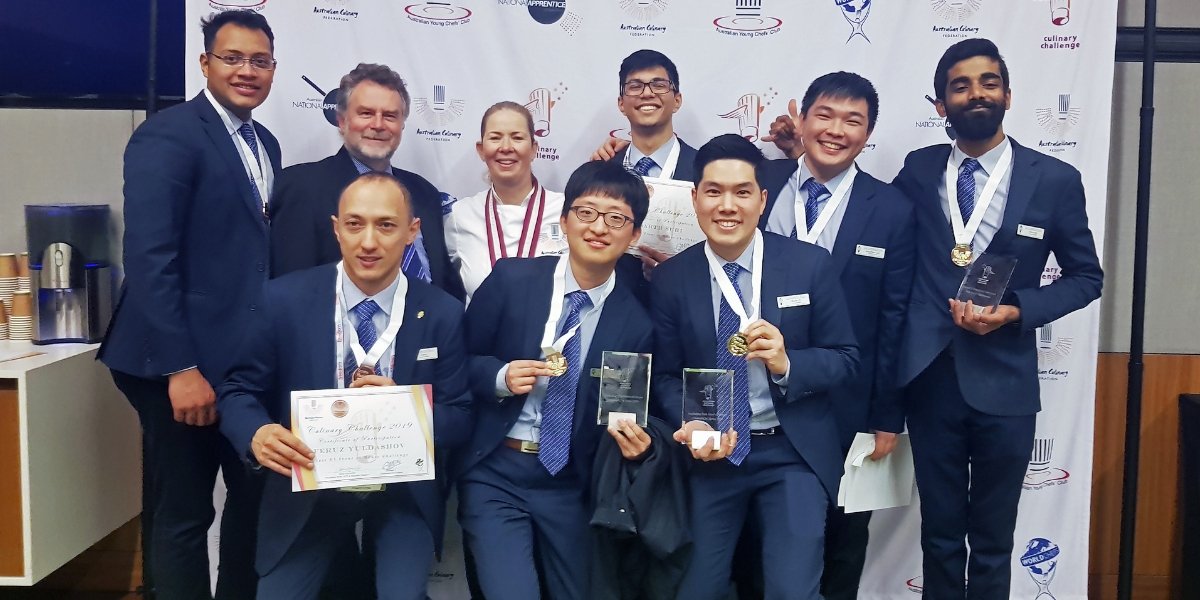 Le Cordon Bleu Sydney students and staff excelled at the 2019 Australian Culinary Challenge held at ICC Sydney, winning a total of 10 medals in a range of challenges that included a Front of House Restaurant Challenge (Gold medal), Restaurant of Champions (Silver medal), and live cooking demonstrations.

The competition attracts chefs of the highest caliber and skill levels to showcase their talents before a live audience and judged by a panel of international, interstate and local experts.Chefs, trainees and apprentices have the opportunity to pit their skills against each other and against the clock, competing for a share of the prizes.

Karen Doyle (Programme Manager, Le Cordon Bleu Sydney) who was Australian Culinary Challenge Convener for the competition said she was thrilled with the Team's performance.

Our students and staff excelled at the Australian Culinary Challenge 2019, as both competitors and judges. I am extremely proud of their achievements, teamwork and the mentorship that made this happen. - Karen Doyle, Programme Manager, Le Cordon Bleu Sydney

Le Cordon Bleu Sydney staff played a pivotal role alongside students in the competition. Achieving 2nd place in the Restaurant of Champions challenge – the team consisted of John Daly (Chef/Lecturer) as Team Manager, Brook Stephens (Patisserie Teacher), Stuart Walsh (Academic Manager VET), an industry veteran who has has cooked for Princess Ann and the Crown Prince of Cambodia acted as Senior Chef, with Nana Eun as Junior Chef.

Congratulations to our talented students, and all the Le Cordon Bleu chef/lecturers whose mentorship inspires excellence. 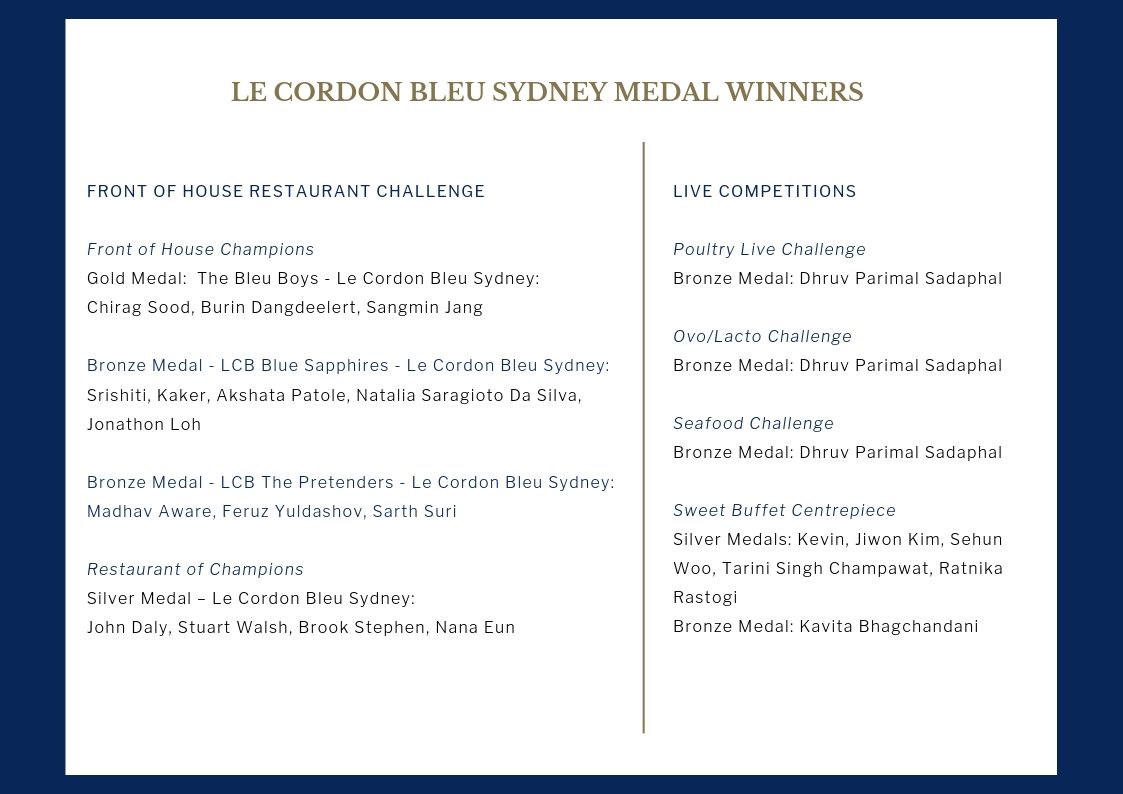 Congratulations to alumna Kezia Kristel - and her mentor Karen Doyle (Programme Manager, Le Cordon Bleu Sydney) - for winning the S. Pellegrino Young Chef Award 2019 for Social Responsibility. Kezia's unique dish was called Experiencing Mushrooms in Flavours and Savoury Carrot Tart and won for upholding the principle that 'food is best when it is the result of sustainable practices'.

Kezia was one of 10 finalists chosen to compete in the Pacific Rim final and will be heading overseas for the Grand Final in Milan next year with the overall winner and 2 other awardees. This talented alumna works as Chef de Partie at Icebergs Restaurant (Pyrmont, NSW) and graduated from Le Cordon Bleu Sydney in 2014 with an Advanced Diploma of Hospitality Management in Commercial Cookery (SIT60316). 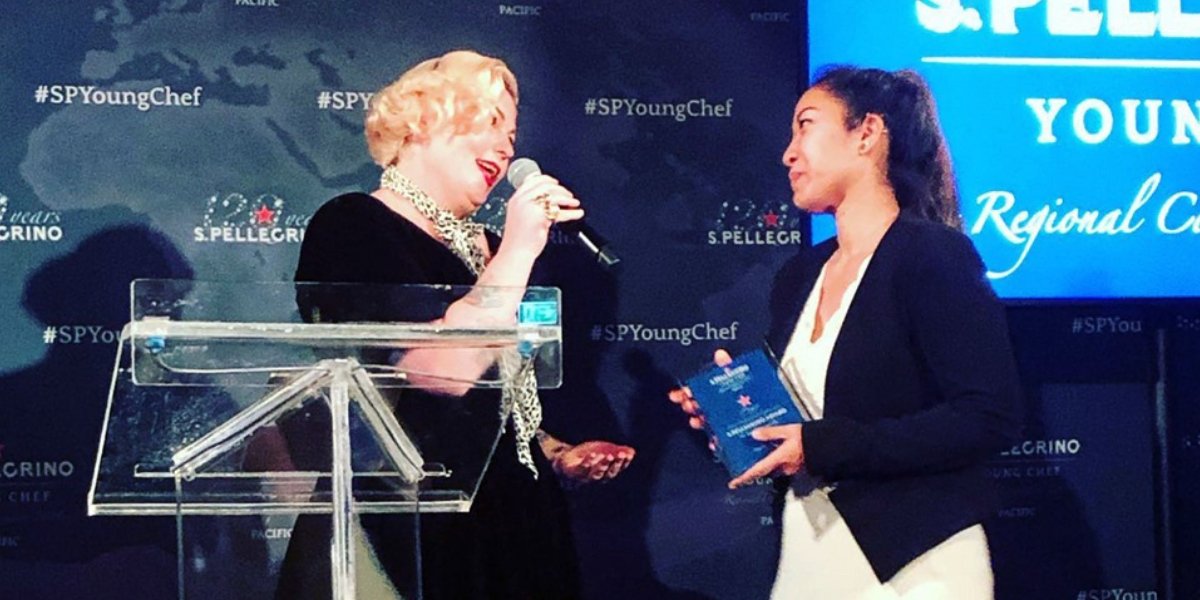