at his Italian Feast for Tasting Australia 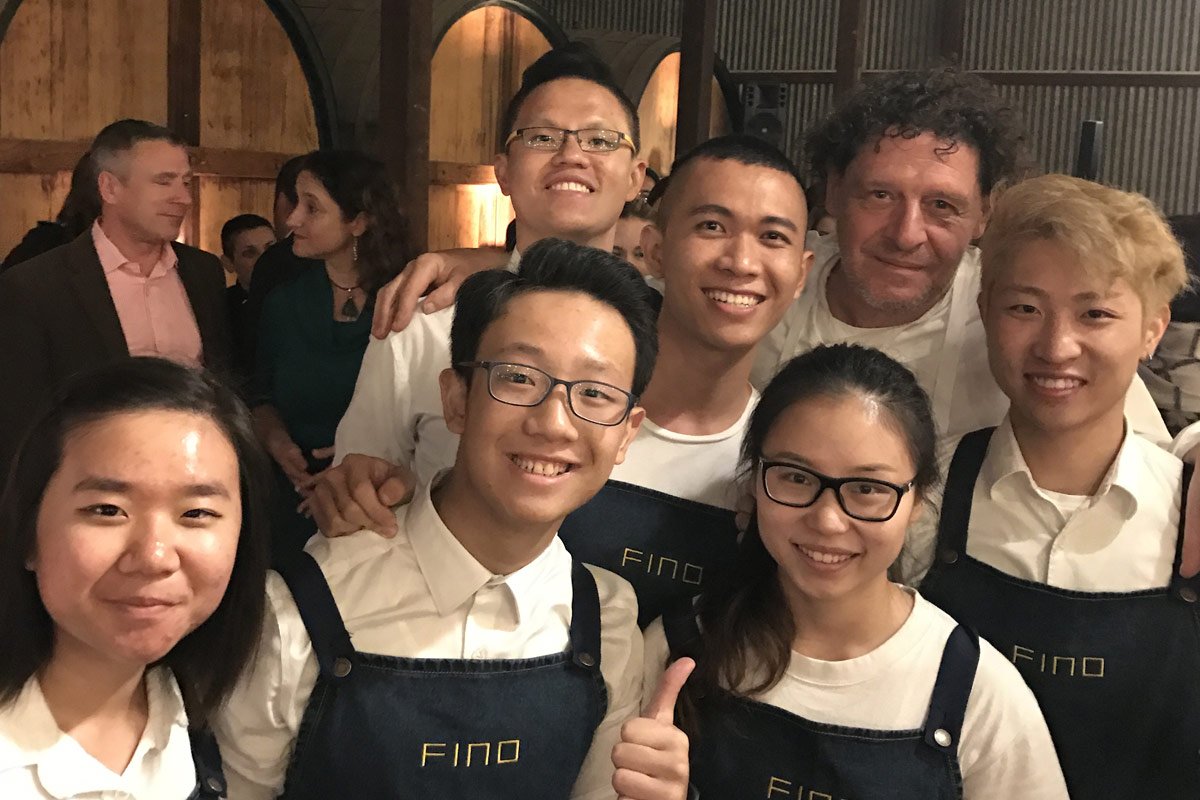 Le Cordon Bleu students were thrilled to have their photographs taken with Chef Marco. As a memento of the event they each received certificates and FINO aprons. The event was an invaluable opportunity for students to learn from industry experts, and to prepare them for the challenges of employment in a fast-paced industry.

Born to an English father and Italian mother, legendary UK chef Marco Pierre White returned to his Mediterranean roots to create the menu for the feast. A little known fact is that he mentored two very famous chefs - Heston Blumenthal and Gordon Ramsay! Chef Marco is also a writer and TV personality, appearing in Hell’s Kitchen (2004, 2017), and Masterchef Australia (2013). He was the youngest chef ever to be awarded three Michelin stars, which he received at age 33.

It goes without saying that our six Le Cordon Bleu students were extremely grateful (and thrilled) to be in the company of such an accomplished and inspiring chef, and to learn from industry’s finest.