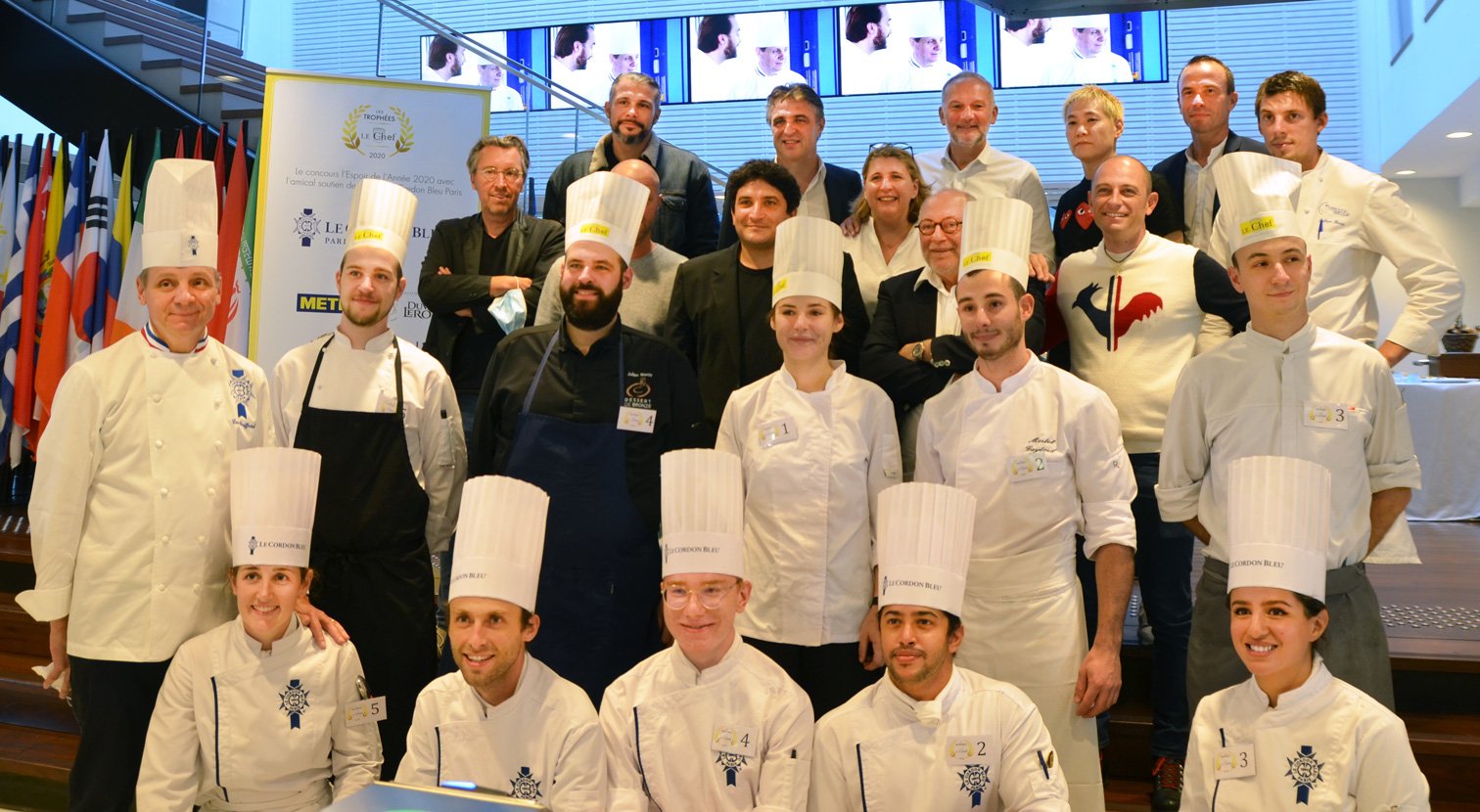 On Monday 21 September 2020, Le Cordon Bleu Paris institute was delighted to host the “Les Trophées 2020” competition, organised by Le Chef magazine. A prestigious jury, made up of 2 and 3 Michelin-starred Chefs, joined Jury President, 3 Michelin-starred chef Mauro Colagreco, to vote for the Up-and-Coming Chef of the Year 2020.

The five candidates taking part in the competition were assisted in the kitchen by student commis from the Institute. They went head to head, using cutting-edge techniques and creativity in their bid to win the competition which involved working on “a theme of your choice, showcasing mushrooms” for the main course and “autumn” for the dessert.

During the competition, service was carried out by other student commis.

The awards ceremony then took place at the iconic Pavillon Gabriel, in the heart of the Champs-Élysées gardens, where our student volunteers oversaw service.

The title of Up-and-Coming Chef of the Year 2020 was won by Alexis Andrade, who works at the 2 Michelin-starred Serge Vieira restaurant in Chaudes-Aigues in the Cantal region of France.

Le Cordon Bleu institute is delighted and proud to give its students the opportunity to take part in events such as this. The competition gave them the opportunity to gain experience in both the kitchen and front of house and to be fully involved in a gastronomic event which is a key moment for the profession and for all those who are passionate about gastronomy.