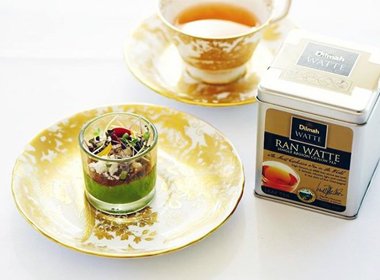 Our Adelaide students Gunawan and Wei both highlighted their skills and training on the 5th of June by winning bronze, a fantastic result, considering they were up against professional chefs from across the country. 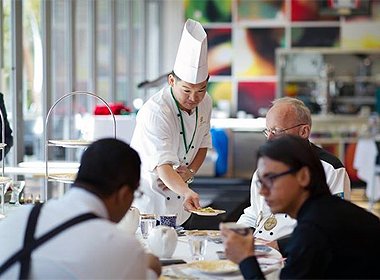 The winning team was from the Hilton Adelaide, represented by Jon McKeigue and Sam Cairncross whose journey through Sri Lanka, Australia and into History with the Boston Tea Party, deservedly won Silver. No gold was awarded so to win bronze against this extremely experienced team with extensive pâtisserie skills is a huge achievement for our students who have only been studying pâtisserie for less than six months.

Son Sewoo also competed in the competitive professional category scoring silver for his stylish Dilmah creation in the Perth heats. And finally pâtisserie chefs Joseph and Angelo Roche competed in the Sydney heats and impressed the judges with their complex sweet and savoury food and tea pairing to win gold. They are now eligible to win a trip to Sri Lanka when the overall nationwide winners are announced. Look forward to seeing a tea based item in the pâtisserie curriculum.