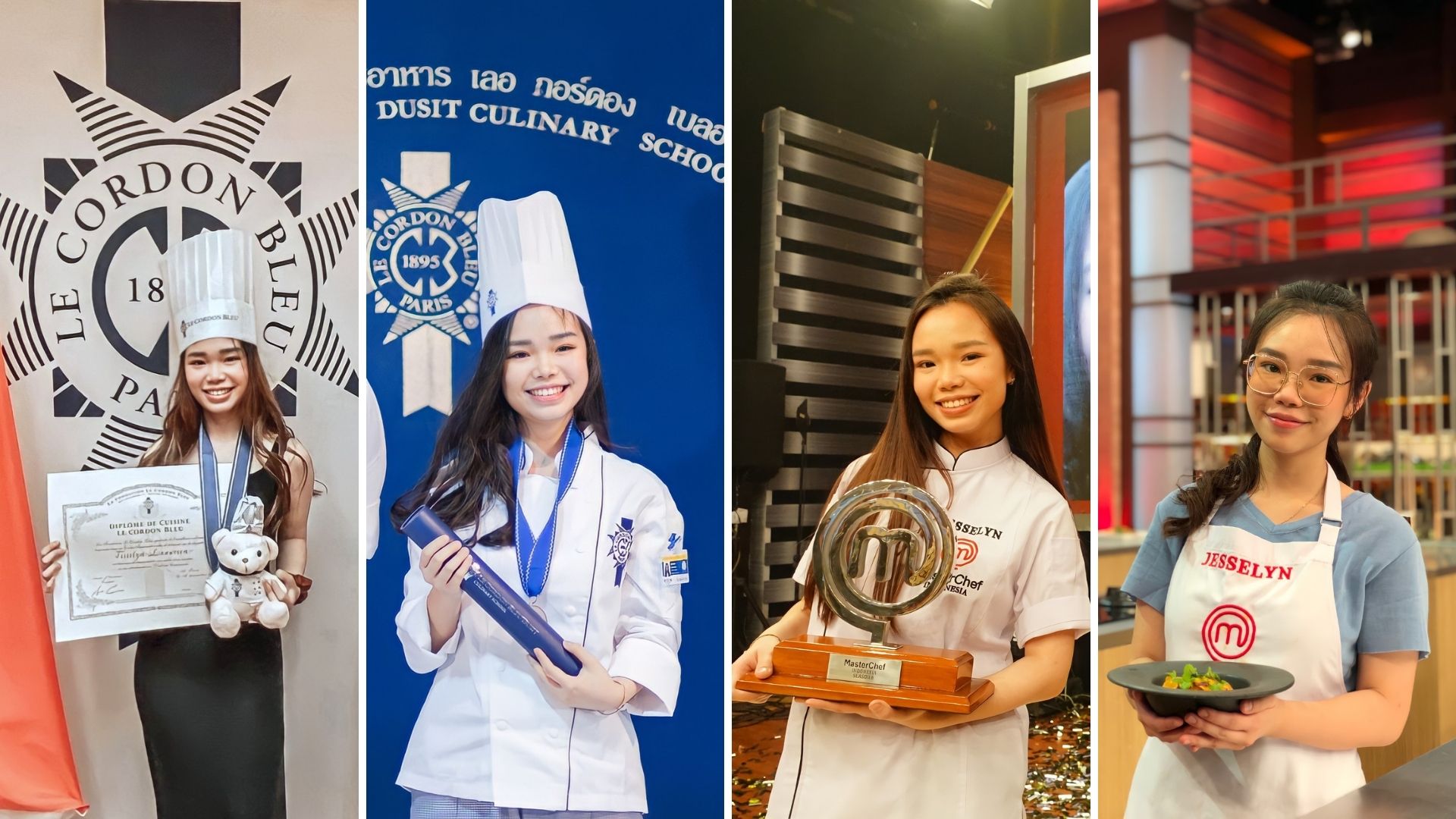 Jesselyn, the 21-year-old new graduate, was born in Medan, Indonesia. With her age, she is the youngest participants in MasterChef Indonesia Season 8. She was very brave despite the pressure of this competition. Having an advanced cooking skills with bright and sincere personalities, Jesselyn now has more than 173k followers on the Instagram an become and idol for the TV Show's fans.

Currently, she is running Miramar Medan, a family restaurant business with her family. Also, she has her own little shops for bakery and food which are Bakereen and Ladyreen. Besides her culinary part, she loves drawing and traveling. Also, she has her Youtube channel named 'Jesselyn Lauwreen' sharing her activities and lifestyle with her beloved family.

It has been a great pleasure talking with one of our amazing and talented alumni. We got to know more about Jesselyn Lauwreen and her success in this Exclusive Interview with Robert Veitch, our Student Ambassador. 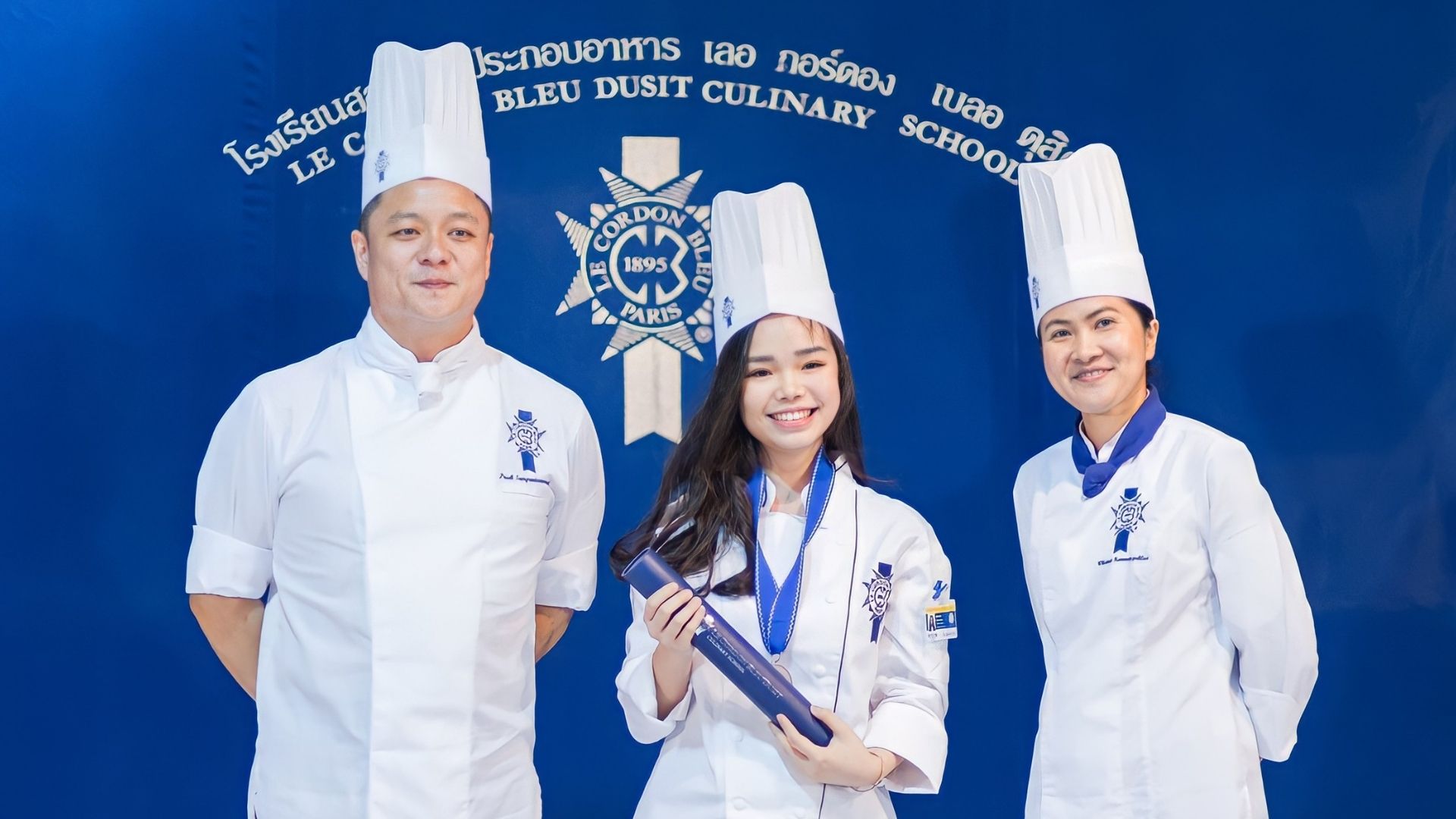 When did you want to go into the culinary profession and what inspires you?

It all started at maybe around when I was in high school. I actually really started to like to cook but when I graduated high school, I actually had a difficult time to choose whether I wanted to be in the culinary industry or in the business industry. It was either that or my university course but after discussing with my family, and since we have a family restaurant back home, my entire family was very supportive about me taking the culinary industry. They knew that Le Cordon Bleu is one of the most prestigious culinary schools in the world so I wanted to be there. So maybe that’s when it all started.

I was considering whether I wanted to go to the Australian campus or the Paris campus but after talking with my agent, they suggested the Bangkok campus because they have the Thai Cuisine Programme. So, I decided to take it because Thai cuisine is quite similar to Indonesian cuisine and it is pretty close to my home country. It’s a 3-hour flight and my mother wanted me to start small, just baby steps first. Then if I really did enjoy the Thai cuisine course, I could continue the Diploma in French Cuisine.

When you auditioned for Master Chef (and congratulations on your successful win), why did you choose Thai Green Curry for your audition?


Thai Green Curry is something that is really complex and one of the proudest dishes in Thailand for sure. I have been wanting to be in Master Chef in Indonesia since 2019, I was still half way through my basic French Cuisines Programme and I was already thinking what I would serve in the on-air audition and Thai Green Curry was just something that popped in my head. It was just a gut feeling that I had to serve this dish because the Thai Green Curry from our school is just so ‘on-point’.

How did you find the techniques differ from French Cuisine to Thai Cuisine?

In terms of technique, French cuisine is way more complex, plating wise it is also more fine dining style where little details really matter. However, in Thai cuisine it is more rustic, quite similar to Indonesian, just serve food on the plate and as long as it tastes amazing and looks good then that’s all that matters. That’s the difference between French and Thai Cuisine. French cuisine focuses more on its techniques, on its plating and the different ways of cooking the ingredient. Thai cuisine is more into flavours and authentic aromas.

Do you still maintain any contact with your classmates from Thai Cuisine and any other alumni?


Of course, I still keep in touch with my Thai cuisine friends, we still have a LINE group and we still update each other. It's really nice and I really miss them. 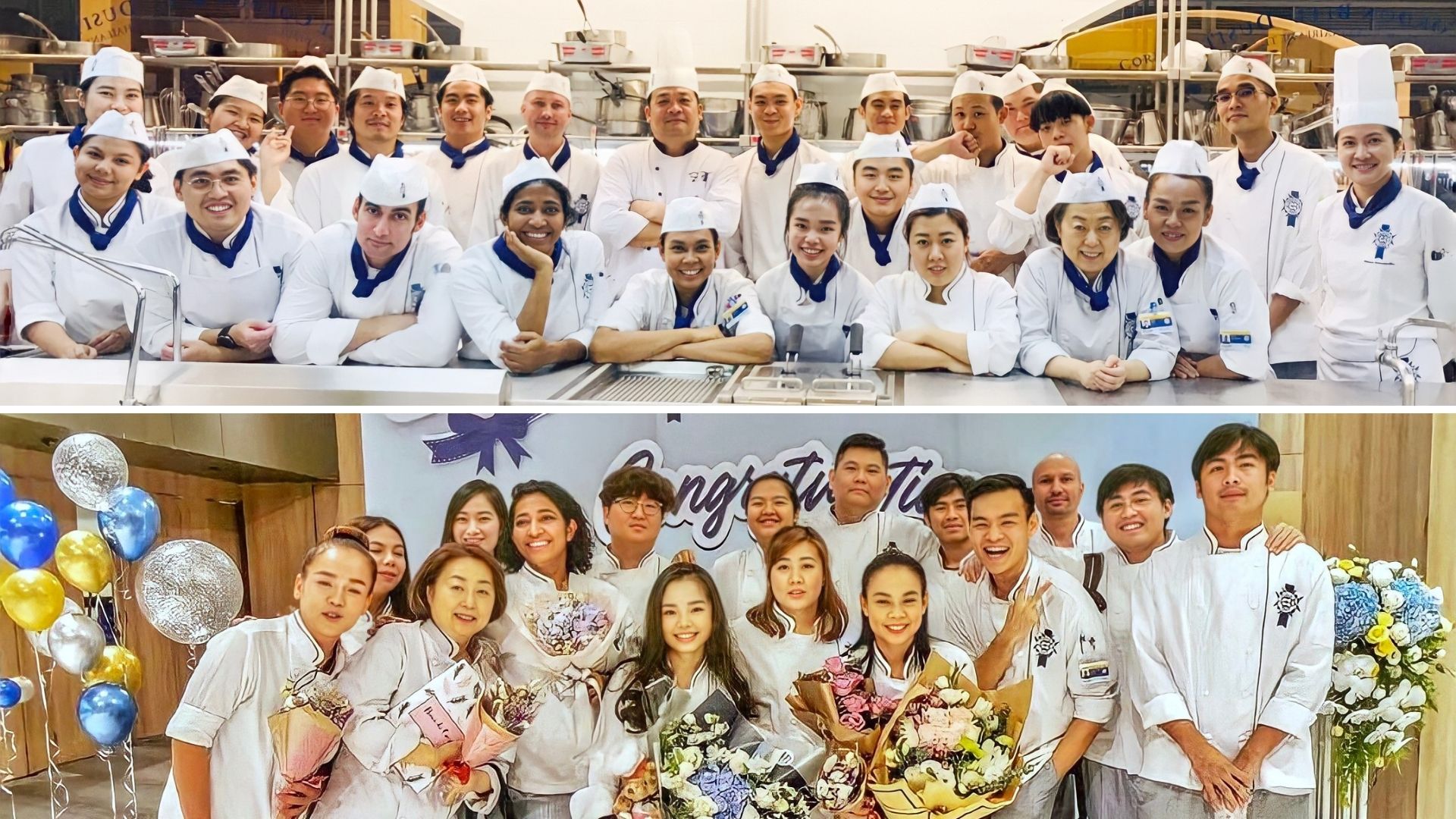 What was one of your favourite Thai dishes when you were living over here in Bangkok?


My ultimate favourite would be the Pad-see-eww. I love it. I would choose it over Pad Thai any day.

Do you have any plans to visit Bangkok again maybe when the Covid-19 situation is over?


I would love to. It is literally one of my top destinations to go to. I really want to go back to Bangkok. I want to visit the school. I want to take a short course too, maybe the pastry courses as I have never done a pastry course at Le Cordon Bleu. That’s on my to-do-list once Covid is over and the borders of Thailand re-open. I really miss Bangkok. 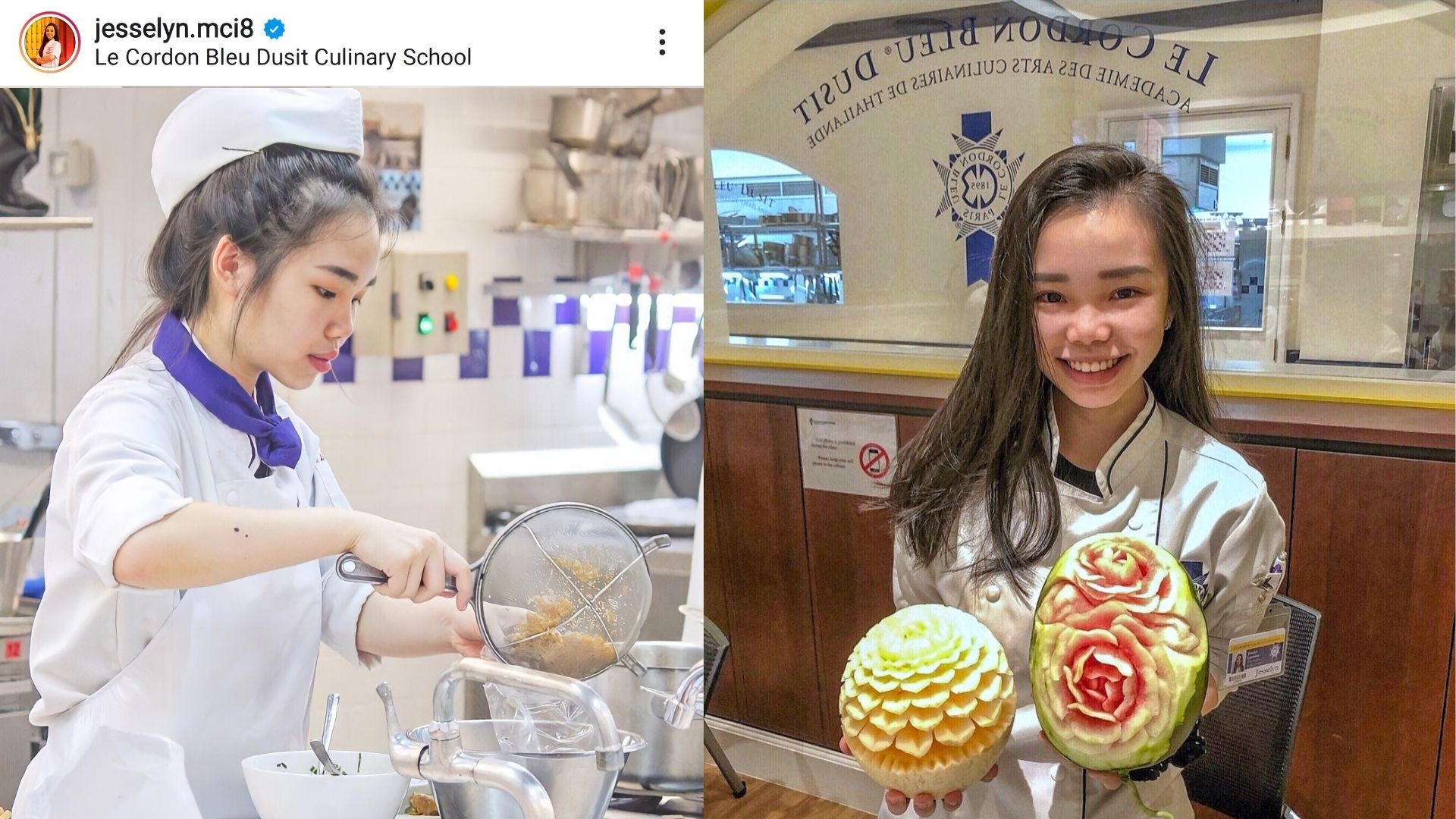 What has been the best moment in your career so far?

Mostly just focussing on the jobs given to me from my management because when you are in the top six of Master Chef in Indonesia, it is compulsory to have a manager, it’s one of the biggest multi-media management agencies in Indonesia so I joined that management agency. Ever since then, I have just been receiving jobs about brand offers, collaborations, endorsements - so it’s just mostly that. For me, career wise, I have not really started yet as I am still trying to get the start up funds to open something up.

What have been some challenges you’ve had to face and how did you overcome them?


Of course, there has been a lot of challenges. It has been a roller coaster ride but if you watch the entire season, there was one episode where I was crying in the pressure test. That episode broke the rating record and that was also the most difficult pressure test ever in Master Chef Indonesia. I was a part of it and so that was probably one of the most difficult moments throughout the competition. It was really exciting throughout the competition but it’s not just that, its about how you take care of your mental health, how you take care of yourself in terms of resting, studying and focussing on the competition. Throughout the shooting process, all of our gadgets are confiscated and we have them only at the weekends. So, we had to balance our time well and keep mentally stable as the competition is not easy at all. We had to quarantine from our families. It was a tough competition. 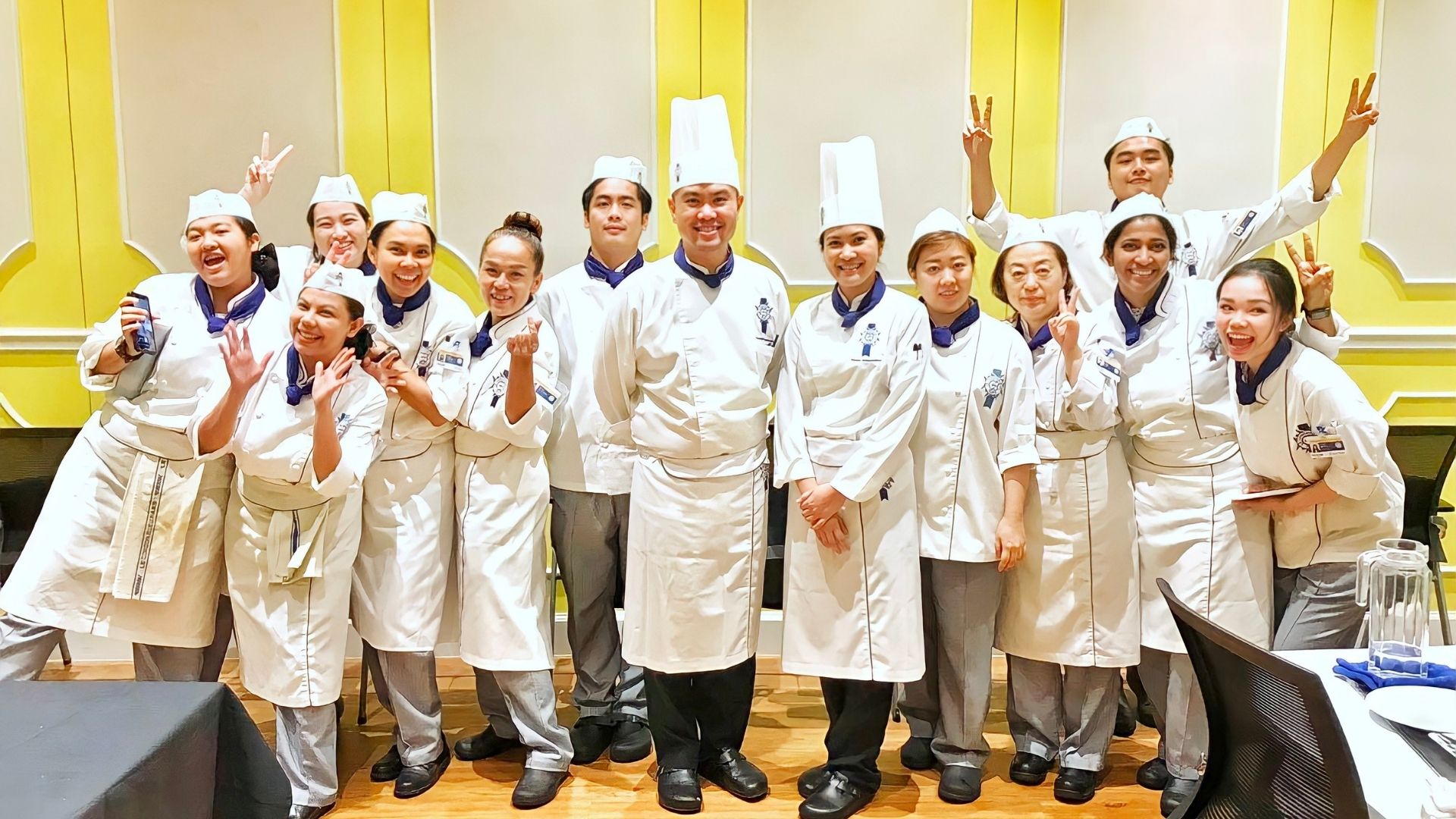 What’s the best piece of advice you have received?


The best piece of advice would be the advice from Chef A (Chef Wilairat Kornnoppaklao, Thai Cuisine Chef Instructor). My time at Le Cordon Bleu Dusit contributed 90% of my entire progress in Master Chef Indonesia. Everyone knows I specialise in Thai Cuisine throughout the competition. Chef A and Chef O (Chef Supapit Opatvisan) really played a huge part in my success to date and I am really thankful to them. The advice that they have given me, everything that they have taught me, I really miss them and want to hug them because they really helped me throughout the competition. Chef A supported me via text. She has been a huge help.

What advice would you give to anyone looking to follow in your footsteps? 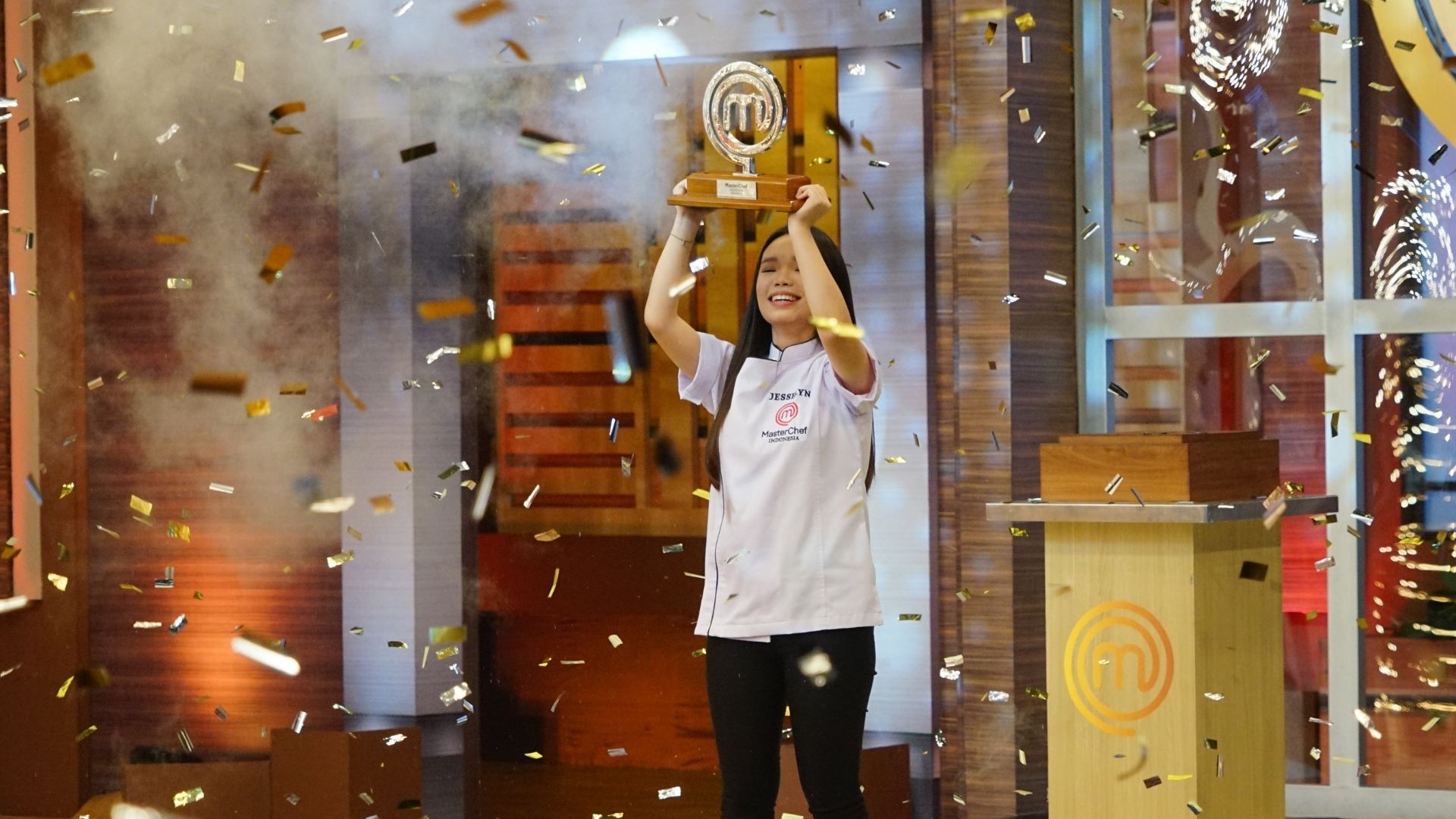 And now as the winner of Master Chef Indonesia, what advice would you give to others wanting to enter into a culinary competition?

Entering the competition, of course, you need to be ready because it’s not just a cooking competition, it’s also on TV and on media. You have to really prepare yourself mentally and physically because it is a long shooting process. You will receive criticism, you will receive judgement, you will receive hate, but you have to know how to control your feelings and how to ignore the negativity and focus on the positivity. You also have to really listen to whatever the judges or the chefs say to you about the dishes as this will really improve your progress throughout the entire competition.

Le Cordon Bleu congratulates Jesselyn Lauwreen on winning the MasterChef Indonesia Season 8. We are so proud of her. Because Our Student's Success is Our Pride.