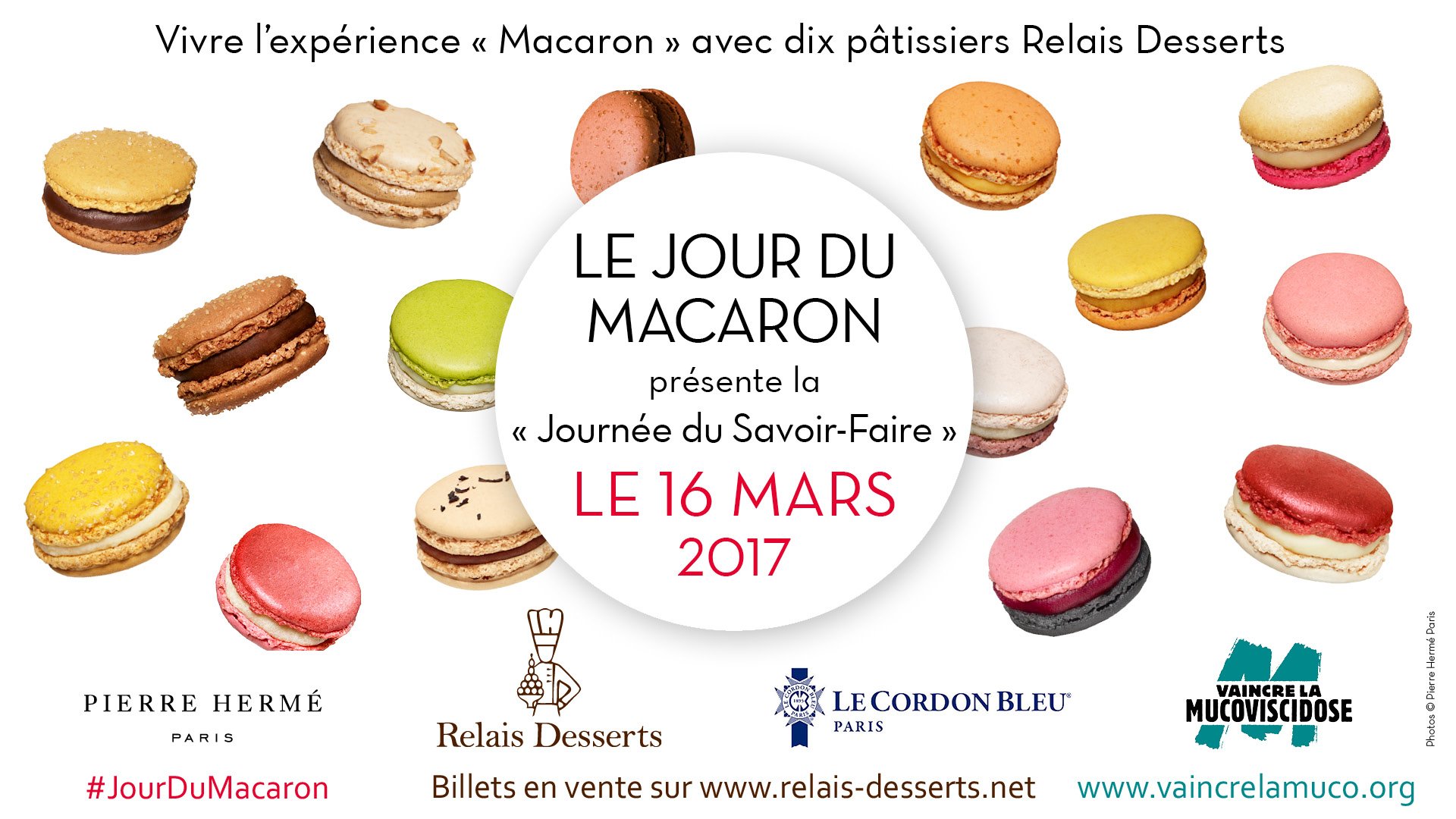 Be part of the macaroon experience on 16 March 2017 with Pierre Hermé and a number of renowned pastry Chefs at Le Cordon Bleu Paris institute. During Macaroon Day "Le Jour du Macaron", macaroons are given the starring role by Relais Desserts pastry Chefs and Le Cordon Bleu Chefs; and for a good cause, as profits from the event will be donated to “Vaincre La Mucoviscidose”, an association which fights against cystic fibrosis.

Macaroon Day (La journée du macaron) was created in 2005 by Pierre Hermé, who was voted Best Pastry Chef in the World in 2016 by the World’s 50 Best Restaurants. For the past 12 years, macaroons have been sold in numerous pastry shops and macaroon workshops have been organized by chefs throughout France. The aim is to support an association which fights against a rare disease by donating a percentage of the profits. This year it is the turn of cystic fibrosis.

For the launch of the 12th Macaroon Day, Le Cordon Bleu Paris institute is delighted to welcome Relais Desserts pastry Chefs for a gourmet day in the heart of Paris. The day’s events will include macaroon themed workshops and tastings with Chefs Pierre Hermé, Jean-Paul Hévin, Claire Damon and Laurent Duchêne. Chef Instructors Jean-François Deguignet and Jean-Jacques Tranchant will welcome guests who are taking part in the workshops at the Institute. Registration for these events is already open on the following website: www.relais-desserts.net.

Finally, from 18 to 20 March, there will be macaroon tastings in shops throughout France where all gourmets will have to opportunity to make a donation to the “Vaincre la Mucoviscidose” association.

Second in the series of videos where our Chefs share some classic French techniques, we show you how to make French-style macaronage for macarons.