Formed in the Le Cordon Bleu of Paris, chef always had vocation to teach 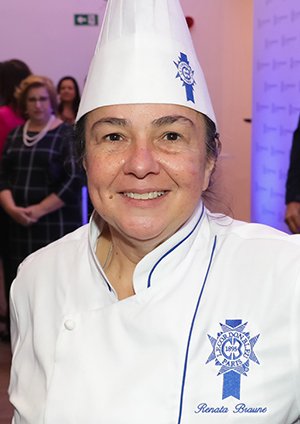 One of the most beloved chefs in Brazil, chef Renata Braune is responsible for the Cooking and Production of the Institute of Culinary Arts of São Paulo - the first in the country. Qualifications to take such position are not lacking. Graduated in Pedagogy, Renata began her career as a teacher, but at one point she decided to combine the pleasure of cooking with a new profession. And exactly 28 years ago, the chef packed her bags to attend the Diplôme de Cuisine at Le Cordon Bleu in Paris: "I did not want to be just another amateur," she says.

Renata has built an undeniable success trajectory. Still in Paris, she trained at Le Cordon Bleu and worked at Apicius restaurant and Fauchon pâtisserie. Back to Brazil, she got great recognition for her work at Chef Rouge, where she worked for 17 years. She then invested in her own business and opened the restaurant La Reina. Renata was one of the first women to act as a chef in Brazil and the first female chef to compete in the Toque d'Or, which selects Brazilian candidates for Bocuse d'Or. Now, she returns to its origin as a professor, in Le Cordon Bleu São Paulo.

"Many years ago, I wanted to direct my career in this role as an educator. I planned to be here. It's true that I expected it to be sooner, but now I'm where I've always wanted to be. My 28 years of the profession were wonderful, I was able to accumulate a lot of experience, but my greatest desire has always been to train people, to teach. At this moment, we have many challenges, because to implant a school like Le Cordon Bleu is a big responsibility, but I am determined and with the desire to invest in this project ", she says. 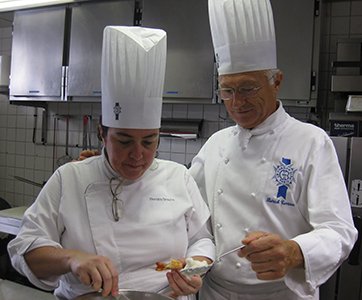 The first step of her career was to seek professional training, but this type of training was not very common in Brazil. According to Renata, at that time, with the exception of foreign chefs, few people who worked in gastronomy had studied in vocational schools.

"I was determined to learn French cuisine and to be faithful to it. Since I arrived in Paris, I have dedicated a lot to studying and working to excel in school. The weather was wonderful, people from all over the world just thinking and devoting themselves to getting to know French culture and cuisine better. Each in their own way, my chefs have been positively influencing me and giving me life experiences that I bring to this day with me. I can remember the details of Chef Patrick Terrien's class, which was my favorite, or of Chef Boucheret, who was very different, but always kind and attentive to everyone. I can say that those were the best moments of my life", she says.

For Renata, Le Cordon Bleu has two differentials: fidelity to traditional French cooking as the basis of the cook's training, and the hospitality that the institute's chefs give their students, which helps in training and makes the learner feel safe and secure to invest in your practice and improvement.

"We have a lot of learning in every way, it's an experience that comes to mind and heart in all important moments of my life. At school I made friends that I have contact to this day, with whom I have created eternal bonds", she emphasizes.

One of these great friends is the chef Flávia Quaresma, who studied with Renata in Paris. "She has become a great friend, whom I respect and admire, and I always wish the best for her projects and achievements. We spent a very good and unforgettable time together in Paris”, she says.

As a student, the chef remembers that one of the most striking moments was the learning about the evolution of the palate when perceiving the nuances of sauces or taste a dish of another student. "This evolution is very important and very clear in the day to day”, she says. 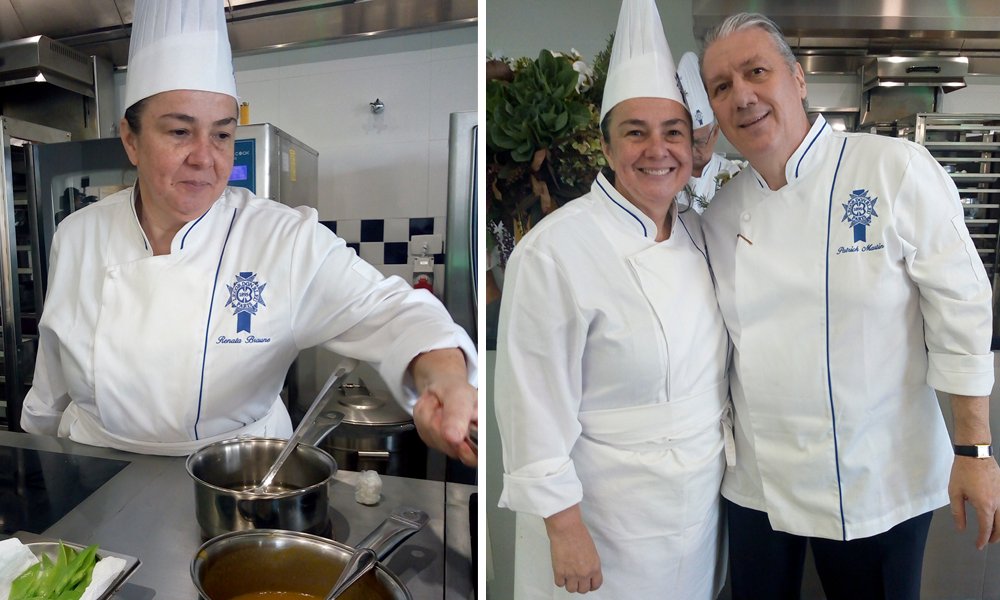 
Favorite recipe? For the chef, this is a very difficult question to answer, since the palate can change every day, but she assumes that is a fan of sauces and loves to prepare Bisque de Cameroon, a recipe that requires a lot of patience and care to be prepared.

Le Cordon Bleu and the gastronomy market in Brazil

With the opening of the Le Cordon Bleu Institute in São Paulo, Renata hopes that the training in Brazil will become more focused and directed and that it is only through the techniques and mastery of them that a good professional is formed.

The chef leaves her message to the new students who are arriving at Le Cordon Bleu Brasil. "First of all, I always congratulate the students, because choosing to be at Le Cordon Bleu is a privilege and an honor, but I also say how much to study, to dedicate and to deepen in the teachings of the school can be fundamental for its growth, as much as person, as a professional. No matter what each student is aiming for, our focus here is to train culinary skills competently”, she says.