Chef Roberta Ciasca: "At Le Cordon Bleu, I was sure of my profession" 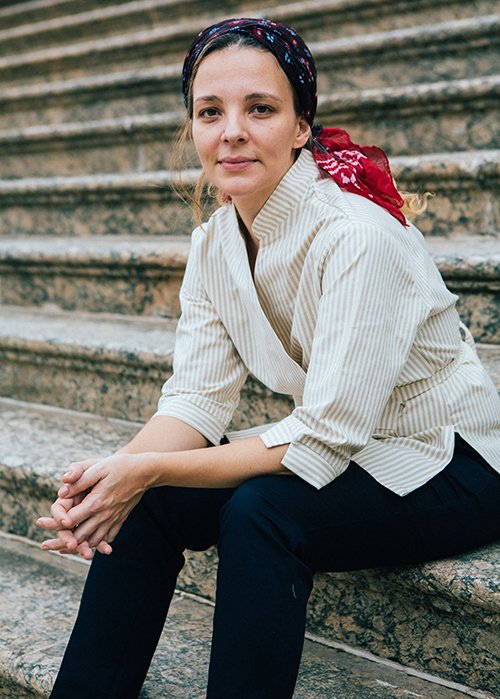 
Leading the kitchens of the restaurants Miam Miam, Oui Oui and Petit, in Rio de Janeiro, chef Roberta Ciasca is an icon in the Brazilian gastronomy and serves as inspiration for new students of Le Cordon Bleu Brazil. Graduated in Marketing in 1997, Roberta hardly imagined that her passion for food would become a profession. The discovery came only when she decided to study at the prestigious Le Cordon Bleu school in Paris: "At the first week of Le Cordon Bleu I was sure that I wanted to work with it for the rest of my life," she says.

In Paris, Roberta obtained the Basic and Intermediate certificates in Cuisine and Pâtisserie, in addition to a free wine course. Back to Brazil, she started an internship in a French bistro and dedicated three years working in a buffet until opens her own buffet in a charming townhouse in Botafogo. Today, it´s the place where she runs Miam Miam, founded in 2005 with a menu based on comfort food. The recognition of her work came in a short time when she was elected Chef Revelation 2007 by the magazines Veja Rio and Gula.

In this interview, Roberta tells us about her professional career and remembers the time she was a student at Le Cordon Bleu in Paris.

When and how did you discover your cooking talent?

Roberta Ciasca - I would not say I discovered my talent but it was exactly the first full week in Le Cordon Bleu that I was sure that was what I wanted to work with for the rest of my life.

How was your experience studying at Le Cordon Bleu in Paris?

Roberta Ciasca - It was very good. I would do it again now (laughs)! Seriously, it was my first contact with gastronomy, when I discovered it as my future career and so I think it was very important to have been there. 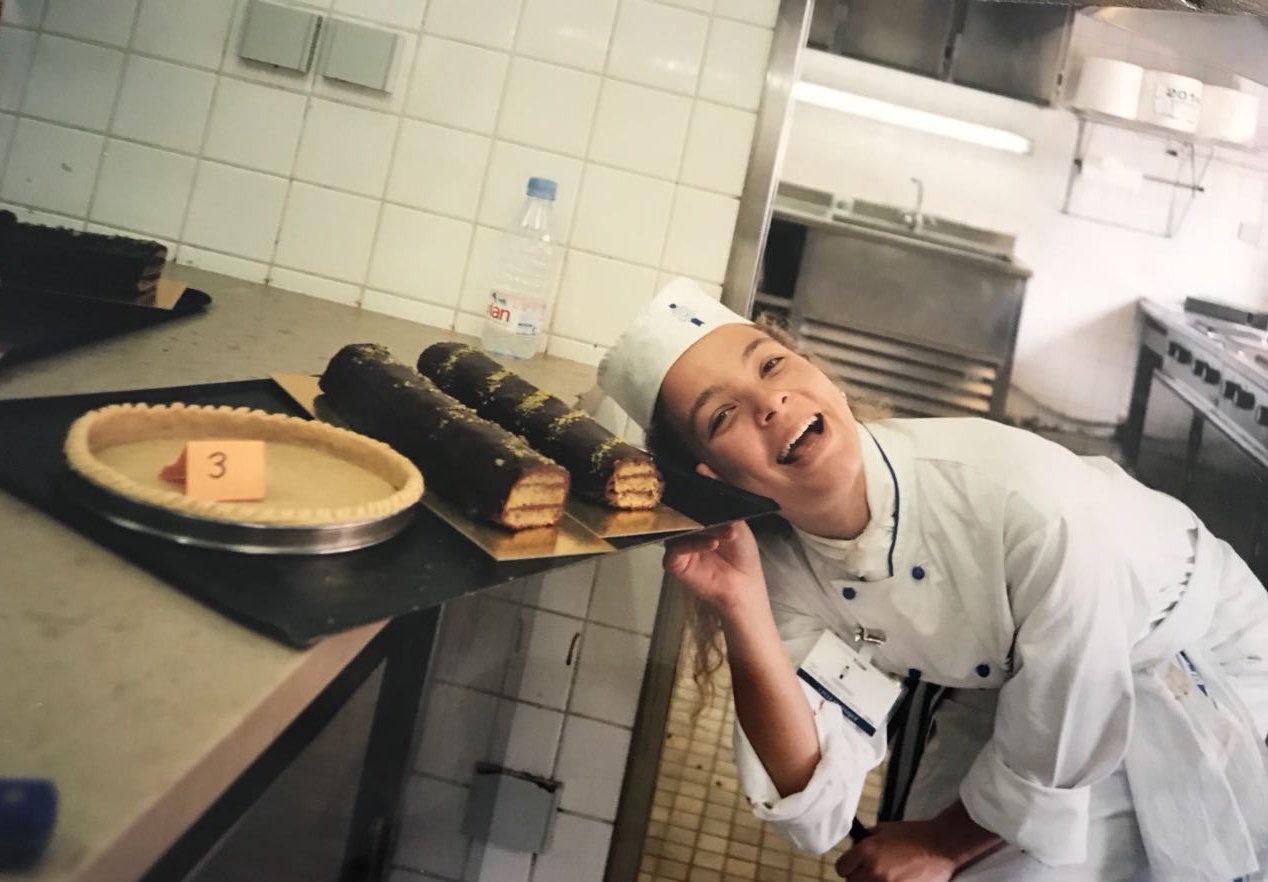 As a student at Le Cordon Bleu Paris: with a buche à la pistache


Any teacher you liked the most?

Roberta Ciasca - Chef Patrick Terrien! He was very friendly to all the Brazilians of my year. We were 13 Brazilians. We only lost to the Orientals (laughs). He came to São Paulo several times to meet us. In Paris, I also did Alex Atala's first international class. He worked at 72 in São Paulo and went to Le Cordon Bleu to teach this class. I  remember the menu. He used did foie gras and reduced balsamic.

What is the greatest learning that Le Cordon Bleu has offered for your life?

Roberta Ciasca - The school gave me the seriousness and the love with which we must deal with this profession.

Good memories: recipe book of the chef while she was a student of Le Cordon Bleu and Chef Terrien in practical class


When you returned to Brazil, what were the first steps in your career?

Roberta Ciasca - I went straight to a French bistro, very influenced by the course, I wanted to apply what I had learned. Then I opened my mind to other works.

How did the idea come to create the Miam Miam and why the inspiration for comfort food?

Roberta Ciasca - Miam Miam first came from my crazy desire to have a restaurant that I would like to attend and consequently, the comfort food came from the desire to serve and to eat a simple, fun and warm food.


The school gave me the seriousness and the love with which we must deal with this profession.

How was the process of creating the Oui Oui restaurant and the Petit sandwich shop?

Roberta Ciasca - Oui Oui came at a time that we wanted to expand, to impose new challenges on us. The idea of serving small portions and the client being able to sample several things has a lot to do with what I think a meal should be. The Petit came soon after we had to close Mira (a restaurant that worked inside the extinct Casa Daros). We were sad and nothing better than having fun opening something we always wanted as a sandwich shop.

Among the many recipes produced, which one is your favorite and why?

Roberta Ciasca - I love the Miam Miam pork rice. It has been on the menu for 13 years, has a connection with the city, was created thinking on the Cervantes sandwich, placed on the menu when everyone still ignored a pork dish and it became a hit.

What can Brazilian culinary teach the world?

Roberta Ciasca - That we have the place, ingredients and talent to produce incredible things. I'm serving a goat cheese in the Miam Miam (Forest Blue) that would leave any French cheese ‘astonished’.

What do you think will change in the gastronomy market in Brazil with the open of Le Cordon Bleu in the country?

Roberta Ciasca - We will have more and more professionals with the seriousness and passion that our profession requires.

What is your advice for those who are starting to study at Le Cordon Bleu?

Roberta Ciasca - Make the most of everything, because it is a unique moment, and don´t waste time. Simultaneously, keep up-to-date, read, page magazines, access websites, Instagram, and train your eyes. Take an internship to understand the day-to-day reality of a restaurant. Remember that it is not only in a restaurant that you can work but in so many other places.

The school of haute cuisine Le Cordon Bleu Madrid and the Francisco de Vitoria University have received an award honouring their contribution on hospitality ...