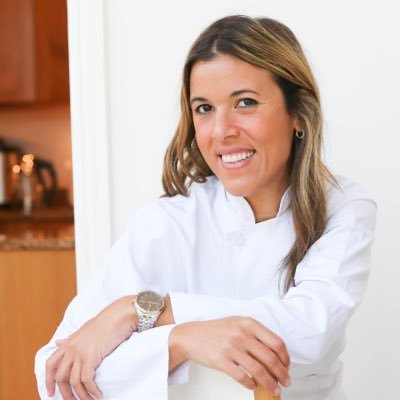 Living in London for 14 years, the Brazilian chef Luciana Berry decided to study gastronomy inspired by the desire to show how fun it is to cook. It was not long before she enrolled in Le Cordon Bleu, where she obtained the Diplôme de Cuisine, in 2014. As soon as she graduated, Luciana was selected for the MasterChef Professionals in London and today she is the mentor to the Le Cordon Bleu scholarship in the English capital.

"I realized that people did not know how to put flavor and elegance at the same time on a plate. It was without charm. The dishes were beautiful but the most important thing was missing: flavor, soul and personality", she says.

How did you feel to have been called to be a mentor and inspiration chef for scholarship in London?
Luciana Berry - I was very proud! My job is to help with the process throughout the course, motivating and helping with the technical part. I had already made speeches for undergraduate ceremonies for several years. All the students always said that I was expressing myself with strength and without fear of facing anything or someone what was an inspiration to them. My speeches have always been full of emotion. When the school called me to be the mentor I was very happy and knew it must have been because of my speeches and career that grew very fast. 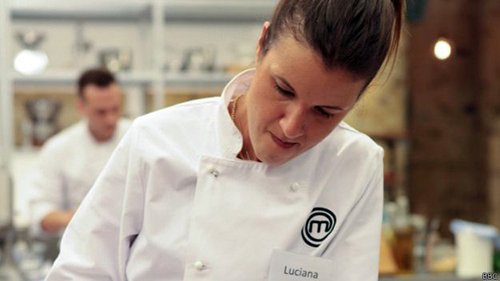 How was attending the MasterChef Professionals in London?
Luciana Berry - It was wonderful! I finished my course in early March 2014 and applied to the program at the end of the same month. My chef at school said that it would be difficult for me to be selected because I had no experience in fine dining restaurants and the MasterChef Professionals here is so hard. I was very natural in the interviews and I showed our Brazilian ingredients and cooking with French techniques. No one had done this in London, so I launched a fashion. Our biodiversity is so rich that on my kitchen countertop I had ingredients that no one had ever seen. It was a differential for the program.

What would you highlight as Le Cordon Bleu differentials for those who want to join the profession?
Luciana Berry - The first differential is the name. The school is recognized worldwide as one of the best and oldest and has a very large weight in its name. Just to mention that I graduated from Le Cordon Bleu, people already look at me differently. The second are the techniques. Nobody can surpass the classics, so by studying classic cooking, we have already shown a formation with an extremely strong base.

How it was to study at Le Cordon Bleu and what would you highlight as the most important in learning?
Luciana Berry - My best memories were the classes, how dynamic they were, my teachers were great and had a very funny sense of humor. They were all in a good mood. Chefs Loic Malfait and David Duverger were striking for me. The most important part of learning was what people think is most irrelevant: organization. In the basic course, you have to start changing your old habits and being extremely organized. There are days I have three events. If I'm not organized, nothing works well.


Put everything you will learn in Le Cordon Bleu into practice. Be simple. Treat people who work with you well. Think fast. Be versatile. Try to adapt to each environment. Listen to other chefs. Ask. Have doubts. Go home and practice. Make several mistakes and one day it will be perfect. And the most important of all: put your personality on your plates.

What is your favorite Brazilian recipe? Any special reason?
Luciana Berry - I love moqueca. The reason is very simple: it is a food that has African and Indigenous influences. I have a fighting blood that runs in my veins and I am also from Salvador.

How do you see the evolution of Brazilian gastronomy?
Luciana Berry - Brazilian cuisine goes through an extremely important phase. Even if it takes a while, in relation to other countries, we have managed to wake up in time for the gastronomic revolution we are facing. Countries that knew how to reinvent their cuisine like Peru and Mexico went beyond gastronomy. They have succeeded in enhancing their culture and transforming their countries into gastronomic destinations. 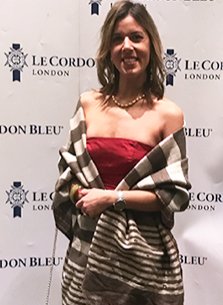 In your opinion, what could change in the Brazilian gastronomy market in Brazil with the opening of Le Cordon Bleu in Rio de Janeiro and São Paulo?
Luciana Berry - I think it's an opportunity to grow the Brazilian gastronomy. We are a very creative people and when beyond imagination we have classic French technique we can only profit. The rigor and the requirement for excellence in our dishes will also increase and we will all gain from it.

What is your message to the students who are now entering Le Cordon Bleu Brazil?
Luciana Berry - My message is do not give up! Be faithful and honest with yourselves. Be persistent. In this area of hospitality, there are many doors that close and a lot of competition with people wanting to take you down. Put everything you will learn in Le Cordon Bleu into practice. Be simple. Treat people who work with you well. Think fast. Be versatile. Try to adapt to each environment. Listen to other chefs. Ask. Have doubts. Go home and practice. Make several mistakes and one day it will be perfect. And the most important of all: put your personality on your plates. Be different. Everything that is equal to others there is no charm. Do not doubt your potential. Le Cordon Bleu will give an up to your career and you need to know how to make the most of it.