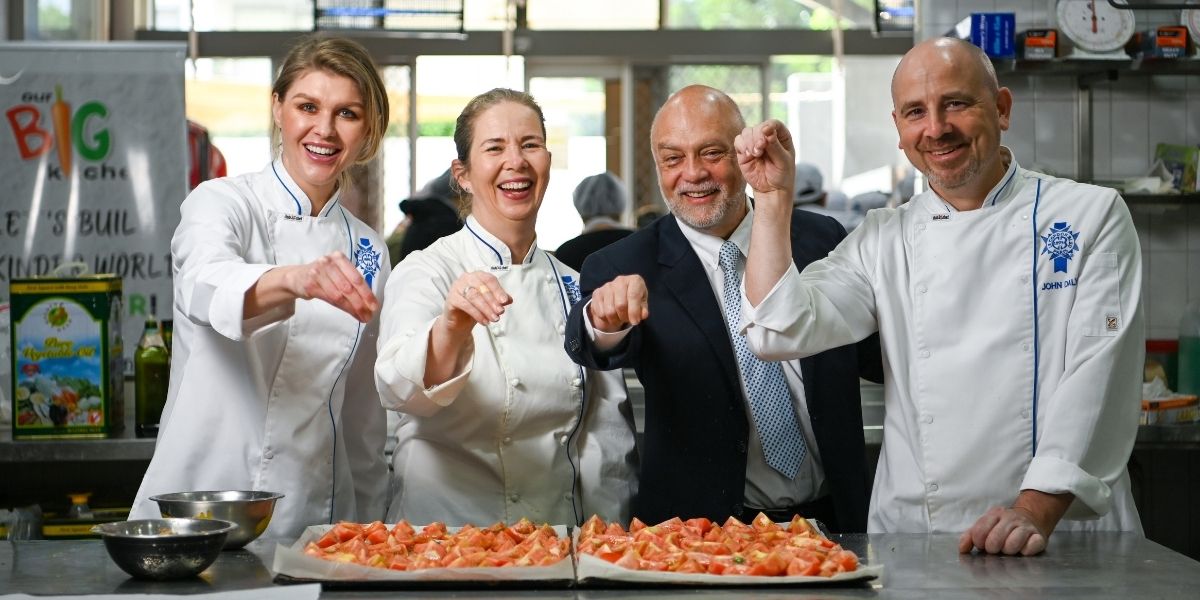 For many Australians, this year has been even tougher than the last to put meals on the table for ourselves and our loved ones.

On October 20 for International Chefs Day, Le Cordon Bleu Australia teamed up with one of our industry partners, Our Big Kitchen, and former Masterchef contestant Courtney Roulston to prepare and donate 1,000 healthy, gourmet three-course meals to those in need.

The healthy three-course menu was curated based on the International Chefs Day 2021 theme of ‘Healthy food for the future’, with a touch of Le Cordon Bleu culinary flair: 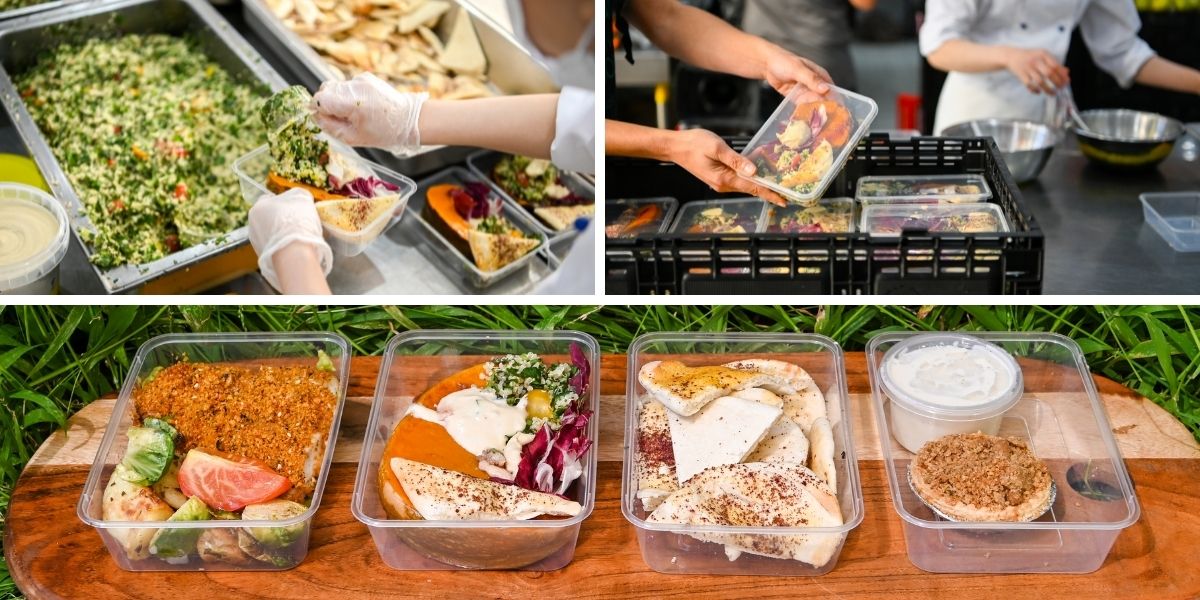 “Every year, Le Cordon Bleu celebrates International Chefs Day across the 20 countries we operate in around the world. After a challenging 18 months for many Aussies, being able to use our culinary skills and experience for a good cause on International Chefs Day seemed like the perfect opportunity to give back to those who have been doing it tough,” says Alan Bowen-James, Executive Dean, Le Cordon Bleu Australia.

“It’s amazing to see such a fantastic group of chefs spending their International Chefs Day giving back and helping others. It really is in the spirit of what it means to be a chef - the happiness that comes from cooking delicious food and seeing the smiles on the faces of the people who get to enjoy it.” 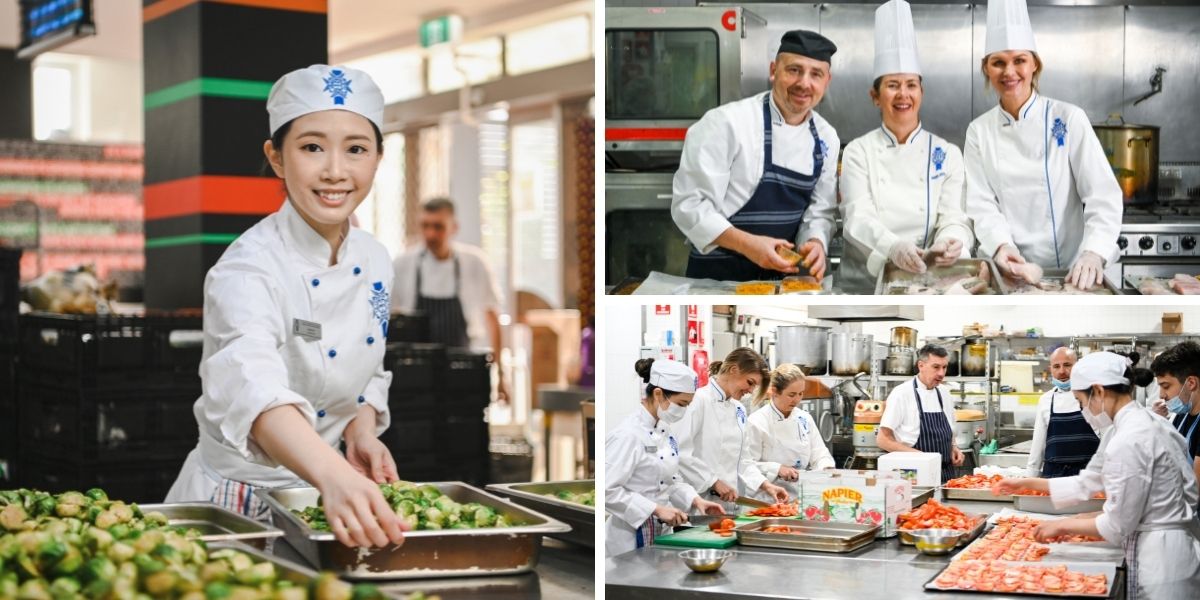 For Courtney Roulston, the chance to spend her day cooking and giving back is an opportunity she is thrilled to be part of, “When I was asked to be involved in this amazing initiative, I jumped at the chance to lend a hand.”

“As a chef, I can’t think of a better way to spend International Chefs Day than by giving back to our community.”

Our Big Kitchen has had a long-standing partnership with Le Cordon Bleu Australia having taken on several student placements over the years, so it was the ideal fit as a charity partner.

Among the team of Le Cordon Bleu Australia chefs, Our Big Kitchen head chef and volunteers, students from Le Cordon Bleu Sydney were be able to get some valuable hands-on catering experience which includes learning to cook dietary specialty dishes as part of their study while contributing to a great cause.

The Le Cordon Bleu Sydney students had the opportunity to work alongside Courtney Roulston and learn a few tricks of the trade from her throughout the day. 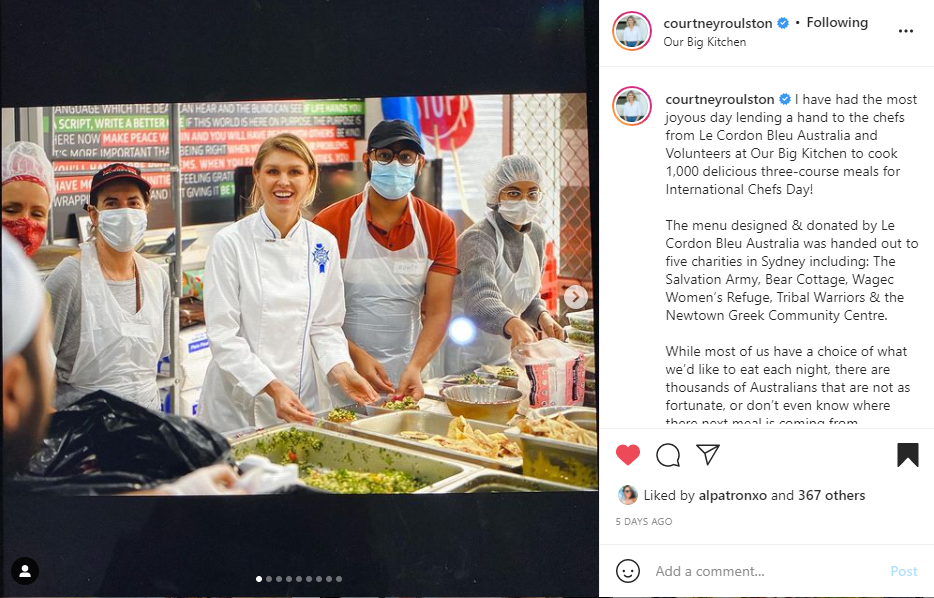 Danny Salsbury, Community Outreach Coordinator with the Salvation Army stopped by Our Big Kitchen to collect 200 meals which were handed out to those in need across Sydney CBD.

“We’re very thankful to Our Big Kitchen who has been supplying the Salvation Army with meals for five years. To provide a little Le Cordon Bleu culinary flair in the meals we give to Aussies in need certainly brightened their day,” said Danny. 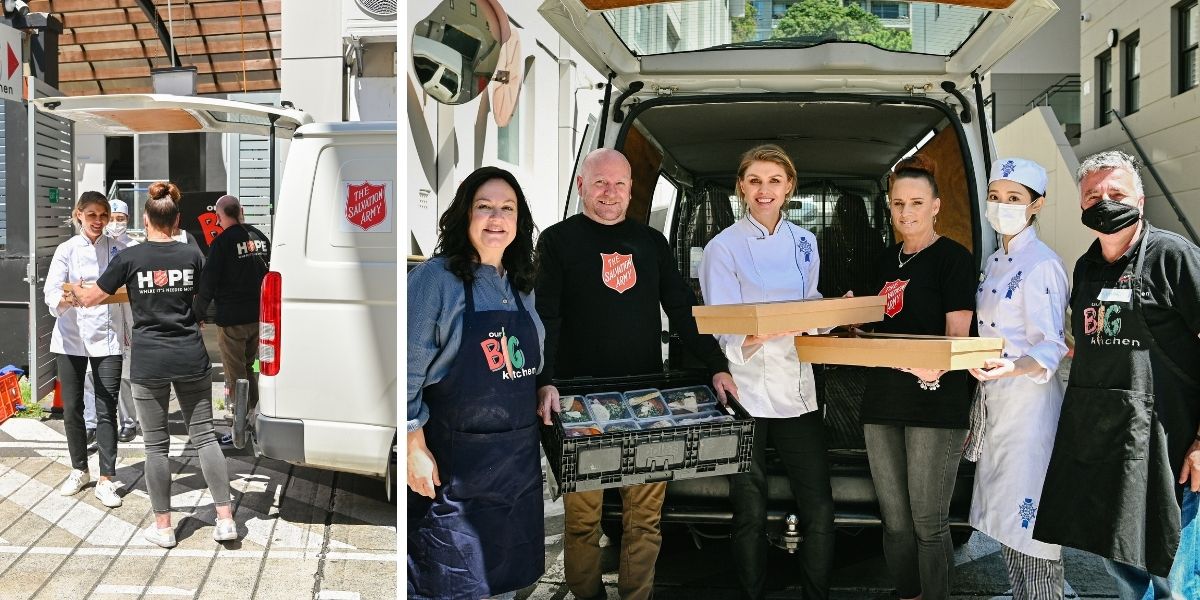 Cook up a storm with Le Cordon Bleu Australia's recipe for Chefs Day:

Delight your tastebuds in this light, silky dessert and bring some elements of spring to your plate. With a creamy vanilla bean panna cotta base and a sweet ...

Chef Simon from Le Cordon Bleu Adelaide has revealed his secrets on how to cook a steak perfectly, in just five steps.

Le Cordon Bleu Australia is excited to announce that entries to the Christmas Gingerbread House Competition are officially OPEN!