How science is changing the dining experience 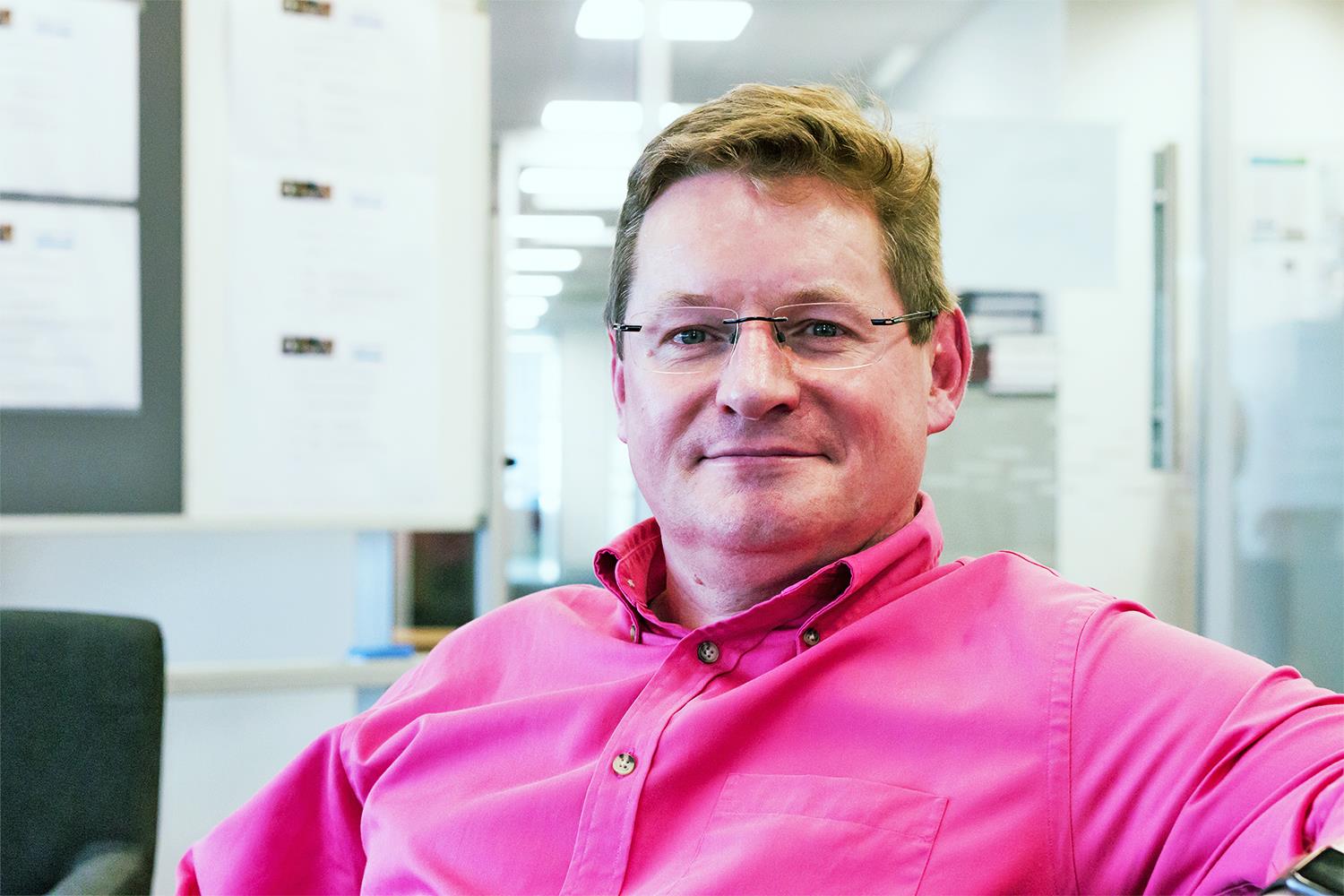 What is neurogastronomy and gastrophysics?

Neurogastronomy tells us how the brain processes sensory information relating to flavour, for example, what areas of the brain light up. While Gastrophysics is focussed on understanding and measuring the factors that influence a good or bad dining experience such as a "Scientific study of those factors that influence the multi-sensory experience while tasting food & drink".

How did you become interested in it and why?

I came across the subject while researching my Master’s thesis. I was interested in understanding the psychology behind a techno-emotive approach to creating a dining experience, but also wanted to understand if the research could be leveraged on a broader scale to influence, in a positive way, society’s relationship with food, which has arguably been fractured in recent times.

What Australian chefs are incorporating it and why?

I expect many, but some may be doing more subconsciously than others - Grant King, Brent Savage & Shaun Quade would be good examples. Dining is about creating a positive hedonistic experience and a lasting memory where fun is an important element. I believe a multi-sensory approach to dining allows a chef avenues to explore as they offer these experiences through a creative process that tells a story. In recent times, we have seen a shift away from a singular focus on just the signature dish to one that encapsulates and socialises the process that created it.

Why is presentation & colour so important? How should chefs consider colour when presenting dishes?

Due to our physiology, as well as our cultural heritage, the triggers for whether we believe something will be enjoyable or not is heavily influenced by visual cues, for example, genetically we would typically be repulsed by blue food and we need to colour butter to make it yellow etc.

We also eat (drink) with our eyes. There is a famous experiment where wine connoisseurs were completely misled by colouring white wine red. On tasting it they automatically started attributing red wine characteristics to it. Red is also commonly associated with sweet flavours while green is sour and therefore will set up a flavour anticipation. However, it is not just the colour, how the food is presented can influence both the hedonic element, as well as how much we are prepared to pay for it (is it artistically presented? eg in the centre or off to the side, how many items or how much food, and its orientation on the plate).

The shape and colour of the plate it is served on can also play a significant factor. In one experiment a strawberry-flavoured mousse served on a white plate was perceived as being 15% more intense, 10% sweeter and was liked 10% higher than exactly the same mousse served on black plate.

The size of the portion relative to the size of the plate can also be relevant, it has been shown that individuals eating off a small plate will consume less, as is the case when the bowl is held. The upside of this is that chefs can manipulate these visual cues to create innovative and memorable dishes, for example, Swiss Chef Denis Martin’s invisible soup, called rien - “nothing” or Heston's Orange & Beetroot Jelly. 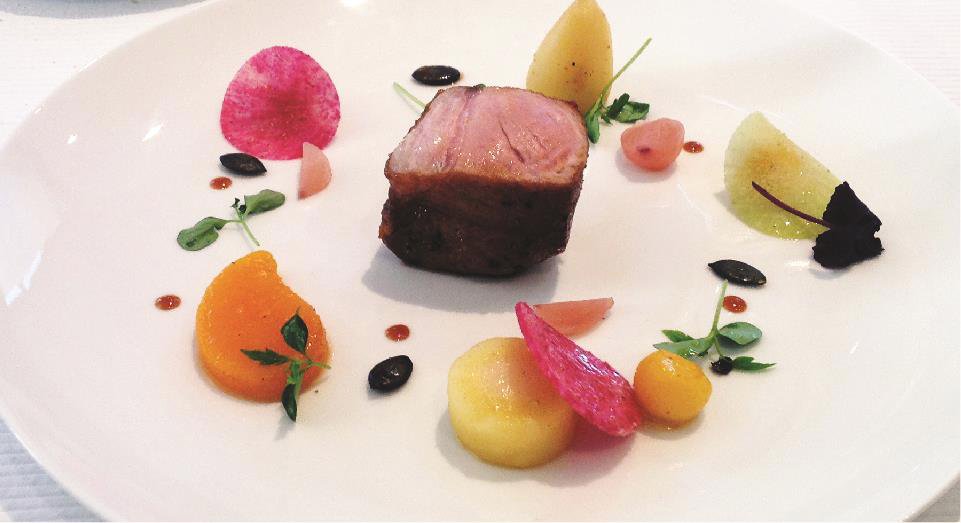 Why is balance important and what should chefs consider here?

Humans use all their senses when eating in a highly integrated, influential and often surprising ways. Salt and acid are not the only seasonings that come into play, the feel of the food in the mouth and the sound it makes as we eat can also heavily influence the overall flavour profile. To the points above it is therefore important to consider not only the food itself, but also how the diner will eat the dish, which items will be eaten first, in what order, how will they be combined on the fork? Will they use their fingers? The specifics of the environment in which it is consumed is also key.

What should chefs consider when it comes to the weight of cutlery?

The information received by the sense of touch plays an important, albeit subtle role, in our eating and dining experiences. While the influence of haptic information is still relatively unknown, studies have shown that food eaten from a heavier bowl or spoon is perceived to be more pleasant and considered of higher quality than the same food consumed with lighter weight utensil, an effect mirrored between heavier and lighter wine glasses. It is not only weight but the material and surface of the cutlery that can be important, copper has been found to enhance the saltiness of food while a rough or smooth finish can cause a morphing or intensification of flavours.

What should they consider when it comes to ambience?

From my perspective, and as a general observation, it is about striving for an overall congruent effect that is fully supportive of the experience the chef is trying to create, from the initial greeting to the final goodbye and controlling these touch-points, as much as possible to reinforce and elevate the hedonic element. The decor, furnishings and room aromas can be constructed to reinforce flavour profiles or trigger related memories. In a more extreme example here is part of a review of David Munoz new restaurant DiverXO in London

"DiverXO (David Muñoz) Diners are led one by one through the restaurant by a maître d' clad in tails with a red bow tie and black nail polish, before being seated at tables shrouded in thick, curtains decorated with smiling Cheshire cats. So explosive are the dishes that, for each course, a waiter (there are 30 for 30 covers) instructs you on the most appropriate manner of consumption, lest you should squirt a delicate dumpling bursting with egg yolk on to your white shirt by foolishly using your knife".

What kind of background music should be played in restaurants?

The style of music can have an effect and influence on people’s behaviour and their sense of expectation. There was an experiment from the 90’s where playing music made respondents think of France which influenced their decision to purchase French wine, even though they would argue to the contrary.

Background noise also effects our ability to taste where it can reduce aromatic flavour molecules, suppress sweetness and sometimes saltiness. As well as the volume the choice of music is important and whether it is liked or disliked as this can influence the hedonic rating, liking the music can make the food taste sweeter while the reverse can make it bitter. Not surprisingly the pace of the music can alter the pace at which a meal is consumed. There is also interesting research showing that sound can be used to modify mouthfeel (oral-somatosensory) and creaminess perception as well.

What other trends are emerging in cuisine and dining?

There is the rise of digital dining which aims to leverage recent technology advances into the dining experience, eg iPad menus, Robots (https://www.sbs.com.au/food/article/2018/02/13/meet-robot-waiters-sydneys-latest-hotpot-diner) and Augmented Reality dining is being used to change the visual appearance of food, including drinks.

Lastly, a growing trend in the availability of ingredients and equipment to domestic cooks and amateurs has enabled a broader spectrum of people to experiment or replicate restaurant based dining experiences.