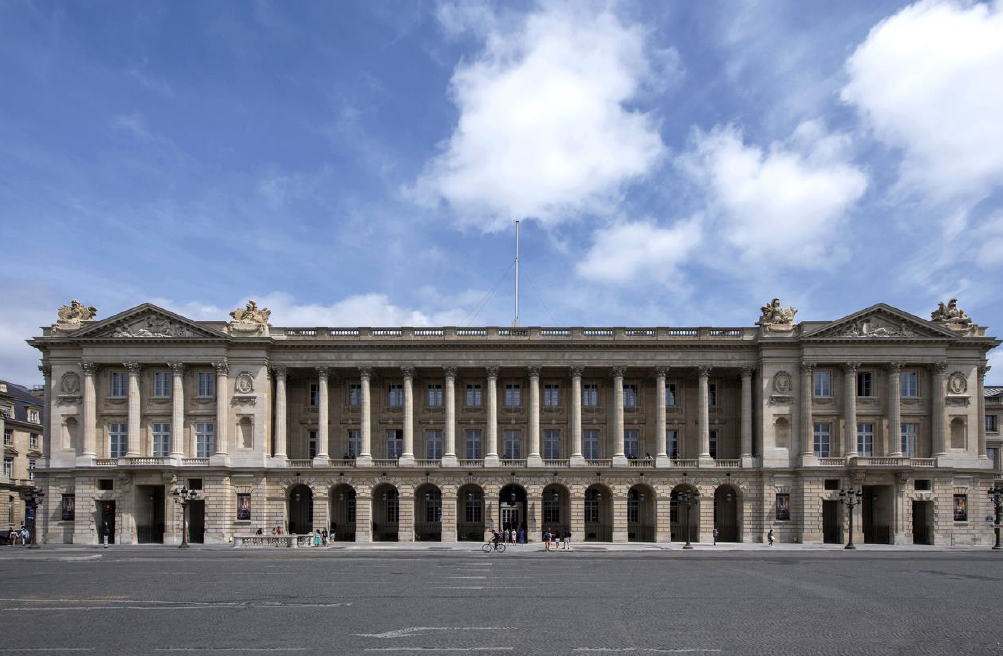 
Le Cordon Bleu, the leading global network of culinary arts and hospitality management institutes, has been chosen by the Centre des Monuments Nationaux (National Monuments Center - CMN) to provide culinary workshops and demonstrations, and a range of conferences on world cuisines at the iconic Hôtel de la Marine in Paris. A Le Cordon Bleu dedicated floor within the former palace is due to open on the October 2022 to explore French and international gastronomy.

Built in the 18th century, the Hôtel de la Marine is an iconic monument located at the Place de la Concorde in Paris’s 8th district. This outstanding example of French heritage, designed by King Louis the 15th’s first architect, is the twin building of the luxury Hôtel de Crillon, which sits between the Champs-Elysées and the Tuileries gardens in Paris. Recently renovated, the venue has rediscovered its former splendour, providing visitors with the opportunity to once again admire this architectural wonder which, until 2015, was the headquarters of the Naval Ministry. 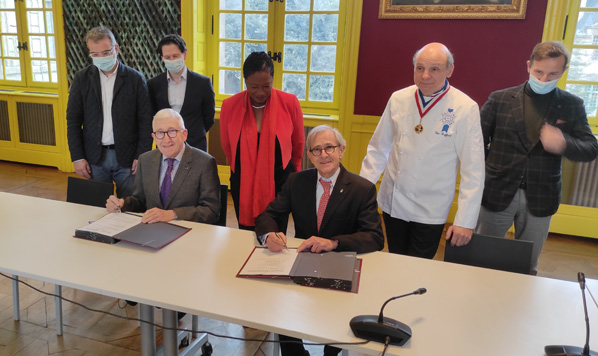 The agreement between Le Cordon Bleu and the CMN was signed last 17th January, in the presence of Philippe Bélaval, President of the Centre des Monuments Nationaux, and André Cointreau, President of Le Cordon Bleu, with Babette de Rozières and Chef Eric Briffard.

It is in this luxurious setting, steeped in history, that Le Cordon Bleu will provide workshops on world cuisines, including Creole cuisines. With a presence in the main gastronomic capitals, Le Cordon Bleu is committed to supporting World Cuisines and has developed numerous diplomas and certificates to showcase Peruvian, Brazilian, Mexican, Spanish, Japanese, and Thai cuisine.

“Our goal is to enable a large French and international audience to have wide-ranging experiences thanks to numerous workshops and activities focusing on French and world gastronomic heritages, led by Le Cordon Bleu institute Chefs from around the globe.” stated Eric Briffard, One of the Best Craftsmen in France (Meilleur Ouvrier de France - MOF), Culinary Arts Director and Head of Le Cordon Bleu Paris institute.

Le Cordon Bleu Paris has designed a variety of gastronomic events for a wide audience, both individuals and groups. Participants can, for example, take part in culinary demonstrations or workshops (cuisine, pastry) followed by a tasting, and oenology courses and food and wine pairing. Tailor-made private classes can also be arranged.

The Centre des Monuments Nationaux (CMN) encompasses around 100 state-owned national monuments, including Mont-Saint-Michel, Notre-Dame de Paris, the Palais Royal, and the Arc de Triomphe. The role of the CMN is to preserve, restore, and manage the upkeep of these monuments, enabling them to be visited by a large audience, and to contribute to the artistic and cultural education policy.