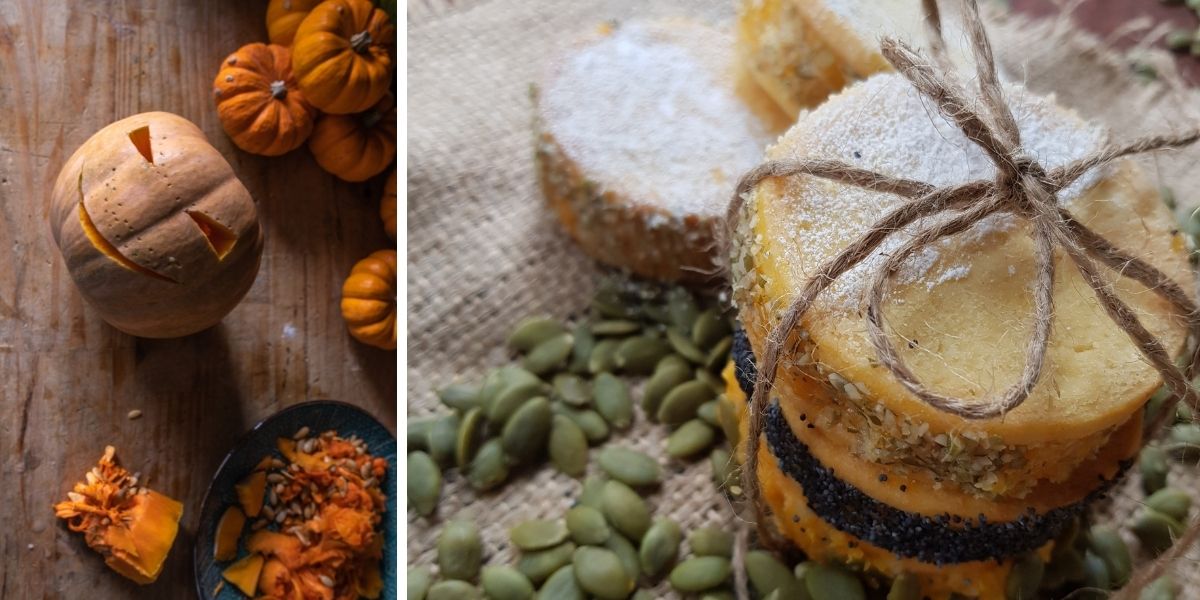 What to do with your leftover Halloween pumpkins

Halloween is always a fun time for the young and young at heart. For those of us who carve jack-o’-lanterns out of pumpkins, we are always challenged with what to do with the pumpkin flesh and pumpkin seeds. When making the Halloween lanterns, the centre of a pumpkin is hollowed out and often thrown in the bin. But with a little forward planning and choosing the right pumpkin, you will be surprised at the interesting, simple and tasty dishes which you can prepare from the pumpkin flesh.

Soups, Risottos, dips and pies come instantly to mind but for a fun, sweet Halloween dessert, you can try the recipe below for Pumpkin Ice Cream Sandwiches with Crunchy Toasted Pepitas from Le Cordon Bleu Australia.

As a trick to maximise your treat, ensure you use the best pumpkin variety available for the occasion. The traditional orange pumpkin is most commonly used for creating jack-o’-lanterns, but they do not have much flesh. The Jap (Japanese) pumpkin variety, however, are easy to carve into lanterns and are a great pumpkin to also transform into a tasty recipe. Also known as a Kent pumpkin, the flesh and seeds scooped out of the centre are wonderful to eat, particularly after the lantern has been used as the flesh takes on a nutty, charred smoky flavour.

Don’t let all that jack-o’-lantern pumpkin flesh go to waste. Spice up your Halloween and use up your leftover pumpkins with the festive recipe below!

Roll the dough into cylinders approx. 80mm in diameter. Wrap in plastic film and refrigerate for a minimum of 30 minutes.

Cut the dough into 1-2cm slices and lay out on a parchment-lined baking tray or cookie sheet, allowing space in between each round slice. Bake 10 to 15 minutes until golden brown.

Remove from the oven and cool on a cooling wire tray.

Preheat your oven to 180°C. Peel the pumpkin and cut into 1cm small cubes. Drizzle with a little oil and spread them out over two baking trays.

Bake the pumpkin for approximately one hour, turning once, until golden brown on both sides. The oven times may vary so check on the pumpkin after 20 minutes and adjust the baking time accordingly. Remove pumpkin from oven and allow to cool.

For the Spice Mixture: Combine the cinnamon, ginger, nutmeg, allspice and mix well. Measure ½ to 1 tablespoon of spice mix depending on your personal taste and put the rest aside for another recipe.

In a bowl, whisk the egg yolks, sugar, and vanilla essence until pale and whitish in colour.

Boil the milk in a thick-bottomed saucepan, then whisk well into the eggs and sugar mixture.

Return the mixture to a clean saucepan, place on a low heat and stir continuously with a wooden spoon until the mixture coats the back of the spoon.

Pass the mixture through a fine strainer into a bowl. Add the thickened cream, cooked pumpkin pieces and spice mixture. Blend together using an emersion stick blender or food processor until smooth.

Once the ice cream has set, leave in the freezer for approx. 4 hrs before serving.

Place the pepitas on a baking tray and toast in a moderate oven until the pepitas start to brown very slightly. Then remove from the oven and allow to cool. Crush the pepitas in a mortar and pestle and set aside.

Roll the sides of each ice cream sandwich in a mixture of crushed toasted pepitas and poppy seeds. Dust the tops with icing sugar and serve. If you would like to store to serve later, place in a plastic airtight container in the freezer. 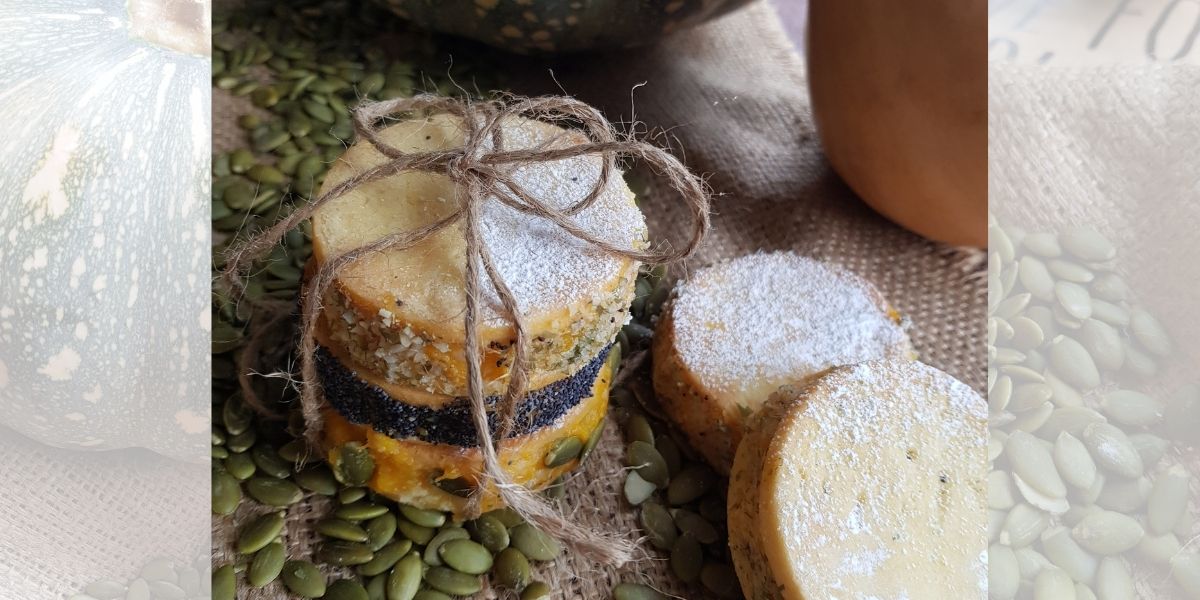 Start your dream job in 2022 with Le Cordon Bleu Australia! Explore all our courses

News
Chefs in top 10 most in-demand jobs across Australia

Chefs will be among the most in-demand workers over the next five years, according to the Federal Government’s latest Skills Priority List, revealed last month.

When choosing where to study, it’s important to do your research on what each campus offers and how your chosen state suits your lifestyle. Le Cordon Bleu ...