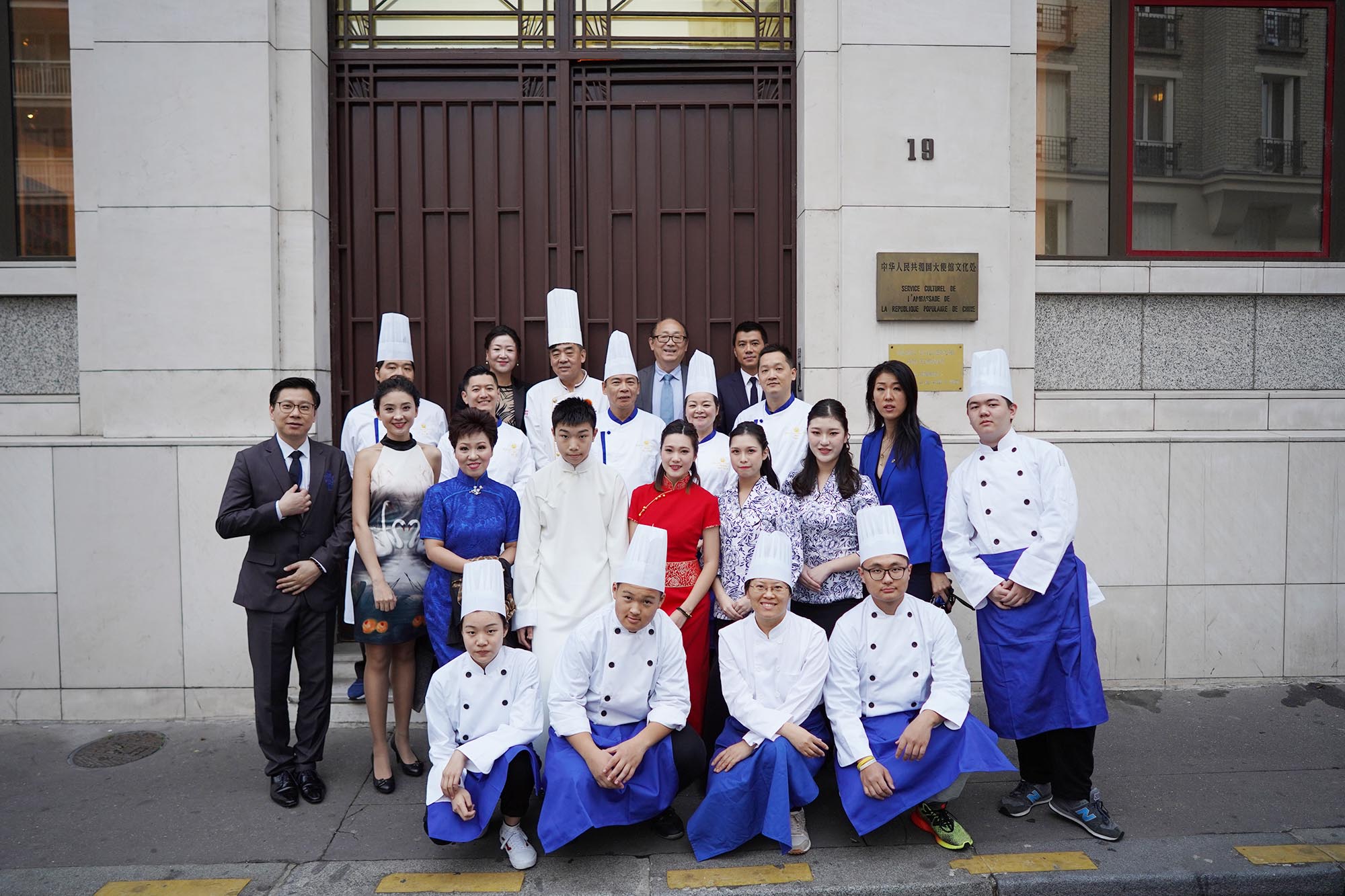 Paris, October 22nd, 2018 - Le Cordon Bleu is honoured to have taken part in a series of cultural and gastronomic events featuring “Shanghai Haipai Intangible Cultural Heritage” in Paris from October 17th to the 24th.

Organized by Le Cordon Bleu Shanghai, Shanghai Business and Tourism School (SHSMLY) and Le Cordon Bleu Paris, in collaboration with the Shanghai Intangible Cultural Heritage Protection Association, the Shanghai Cuisine Association (SCA) and the Cultural Office of the Embassy of China in France, various interactive activities, from demonstration and workshops to Gala Dinners, put the spotlight on the exquisite culinary arts world in Shanghai, bringing forth the sophisticated cuisine and cultural landscape of the aptly named city, “Paris of the East”.

Shanghai Benbang Cuisine (literally translated as “local cuisine”), with a history of 400 years, is one of the youngest regional cuisines of China but considered as the most popular. It took "colour, aroma and taste" as its main elements and emphasizes “the use of seasonings, the quality of raw ingredients and original flavors”. It was added to China’s Intangible Cultural Heritage list under the category of cooking skills and techniques in 2015.

On Monday October 22nd, at Le Cordon Bleu Paris, a master class of “Shanghai Culinary Heritage Trilogy” attracted considerable attention from both students and professional educators as well. Master Chef Ren Defeng, the certified representative successor of Shanghai Benbang Cuisine, started the demonstration class by preparing Chrysanthemum Fish in Sweet and Sour Sauce, a traditional dish from the Huaiyang region of China. In his meticulous fashion, his ability to cut and shape the fish with such fine knife techniques permitted the fish to resemble golden chrysanthemum flowers when fried. Following the demonstration, the audience was invited to taste the dish — the crispness and tenderness of the fish was succulently enhanced by the perfect balance of sweet and sour, a true source of sensory pleasure.

Traditional Chinese Dough Figurines and Fruit and Vegetable Carvings, a mainstay in traditional Chinese cuisine and artistry, were also included in the demonstration class held at the Le Cordon Bleu flagship. An Binn, a maestro in dough figurines, showcased the superb technique by making two animal figures, a panda and a rooster, symbolizing the friendship between China and France. Xu Jaije, known as the “Master of State Dinner”, shared secrets in acquiring the craftsmanship via practice to become an absolute expert.

As a big highlight, a symposium in the name of “Venez et Découvrez le Monde Renommé des Arts Culinaires de Shanghai” (Come and Discover the Renowned Shanghai Culinary Arts World) was held on Wednesday October 24th. A special menu of emblematic Shanghai delicacies and dim sum were served. In addition, the most iconic dishes of Southeast Chinese cuisine were featured, which included the following dishes: Dual Combination of Prawns, Tangerine Beef, and Chrysanthemum Fish. Ren Defeng, the Shanghai culinary star and certified representative successor of Shanghai Benbang Cuisine, presented this much-anticipated service, along with his talented team of masters. Tasting was also be entwined with explanations of history and culture, allowing guests to discover in-depth culinary and cultural treasures.

Mrs. Zhou Hong, one of the top Pingtan (a form of traditional Chinese singing and storytelling with instrument playing) artists in China, and her students from SHSMLY performed at this event, bringing traditional Chinese culture to Paris. The event also included staging of the Chinese Tea Ceremony and performances of Guqin, a stringed Chinese musical instrument with a history of about 5000 years.

Li Shaoping, Minister Cultural Counselor at the Chinese Embassy in France, said: “The events are the embodiment of cultural exchanges and the crystallization of Sino French cooperation.”