Crêpes, a success story
Made in France 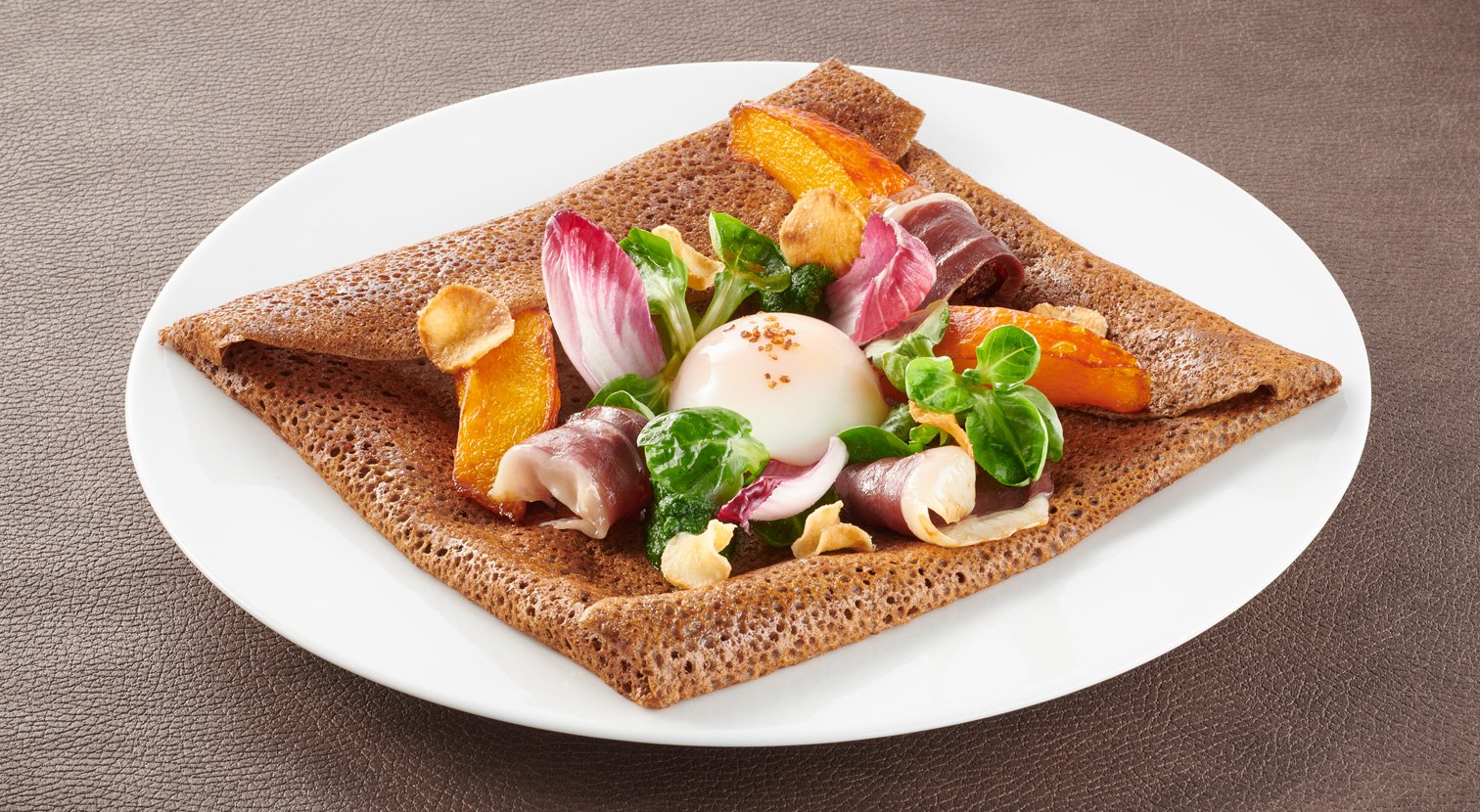 Crêpes are a traditional and authentic French speciality originating in Brittany. Savoury or sweet, they are enjoyed year-round by all generations.

According to historians, the origins of the crêpe date back to 7000BC. However, crêpes from that period bore no resemblance to the ones with which we are familiar today. At that time, they were thick galettes, made from a stodgy mixture of ground cereals and water.

It was much later, around the 13th century in Brittany, that the crêpe first appeared. Buckwheat, brought back from the crusades in Asia, was the main ingredient. It was not until over a century later that buckwheat ground into flour began to be used.

But what is the difference between a crêpe and a galette? Historically, a crêpe is much thinner and originated in Lower Brittany, whereas the thicker galette is a tradition of Upper Brittany. Today, buckwheat crêpes are commonly known as "galettes", differentiating them from crêpes, which are made from wheat flour.

Brittany remains the true home of crêpes, but this expertise can now be found throughout France with no shortage of restaurants!

Today, the crêpe industry is thriving thanks to the variety of dining options available at over 4000 creperies in France. To become an expert crêpe chef, it is vital to train in crêpe making and the management of all possible types of creperie.

Good news! Le Cordon Bleu Paris is launching a unique training programme for working as a crêpe chef, with a touch of French gastronomy, in the heart of Paris. Beginning in April 2021, the training programme will be taught by an expert Breton crêpe Chef for a 6-week period, including 2 weeks in a business.

Further details will soon be published on our website.